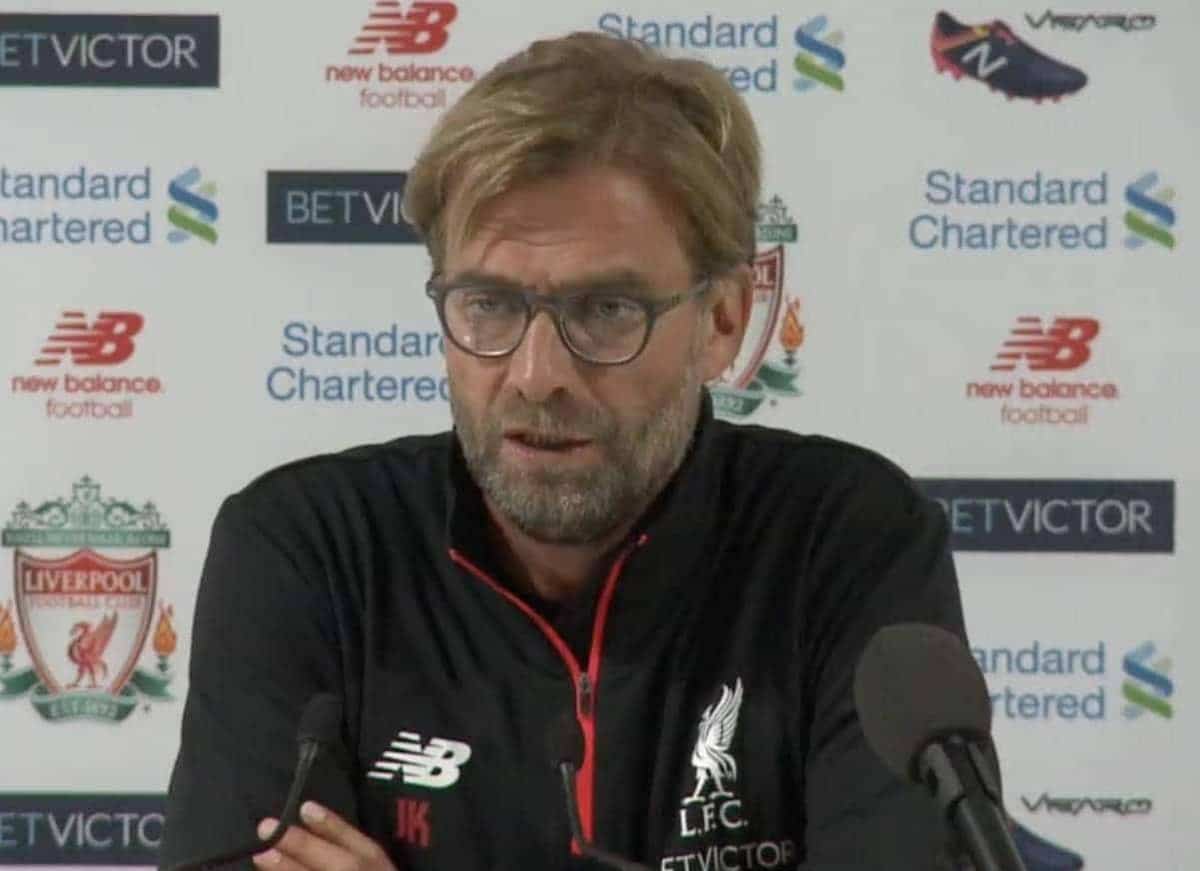 The Reds welcome Slaven Bilic’s struggling Irons to Anfield for a Sunday afternoon kickoff, looking to move on from their 4-3 loss away to Bournemouth last time out.

Klopp’s side are third in the Premier League table heading into the weekend, with 30 points from their first 14 games.

This leaves them four points behind leaders Chelsea, and speaking to reporters at Melwood on Friday lunchtime, Klopp called for a response from their recent defeat.

“At the end, we have to congratulate, to say well done to Bournemouth. That was really important,” he said.

“If there’s any influence on the next game? No idea.

“We’d be more angry again, but West Ham will be a really tough challenge.”

Klopp also provided an update on Daniel Sturridge‘s fitness, ruling the striker out of contention against both the Hammers and then away to Middlesbrough on December 14.

However, Joel Matip is set to return, with Klopp hailing the defender’s decision to turn down an offer to join the Cameroon at the Africa Cup of Nations in January. Loris Karius‘ errors against the Cherries also came under the microscope, with Klopp insisting that “even the best goalkeepers in the world make mistakes.”

“There’s no perfect recipe for development—but closing your ears helps.

“I’m quite good at this! Hopefully he can adapt to my skills.”

Finally, Klopp provided a glowing reference for the departing Michael Beale, who leaves his position as coach of the Liverpool U23s to take over as assistant manager at Sao Paulo in Brazil.

“I wish him all the best. It’s a very interesting challenge—I’m not sure I would have done it!” he said.

“It’s a big adventure. I heard he said he’d miss Liverpool FC and the city, we will miss him too.”

Klopp will take training at Melwood on Friday afternoon, as he prepares to name his side to take on West Ham in two days’ time, eager to secure all three points.