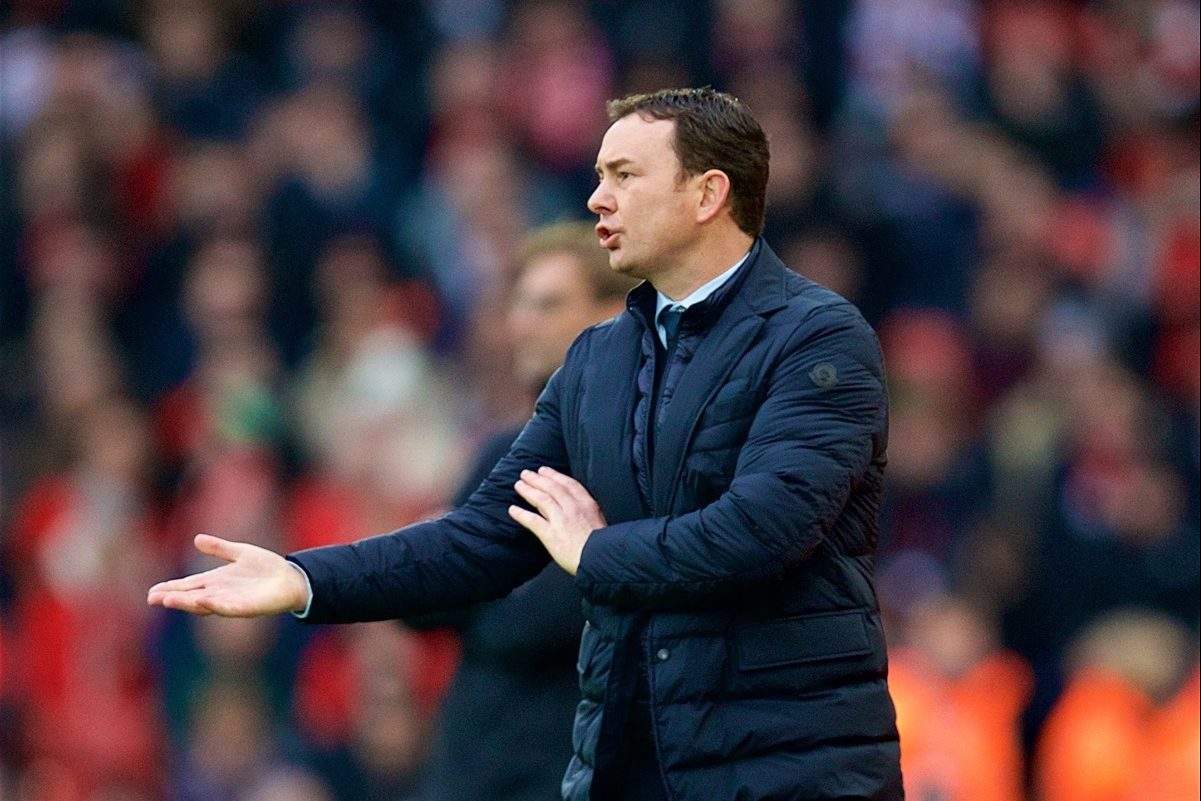 Argyle welcome the Reds to Home Park for their third-round replay on Wednesday night, hoping to spring a surprise on their Premier League opposition and reach the fourth round.

There they would take on Championship outfit Wolves, in what would be another lucrative home clash for the Devonshire side.

Speaking ahead of the replay, Adams joked that he would take inspiration from United’s cynical approach against the Reds in Sunday’s 1-1 draw, saying: “We’re going to sign Fellaini and hit it long.”

“We have to defend very well again. I think that we’ve shown in the first game that we can do that, and we’ll have to do exactly the same,” he explained.

“I can’t see that we’re going to be too cavalier on our approach. We’ve got to show respect to the Premier League team.

“They’re third in the top flight and we’ve got to be careful of that.”

This should come as no surprise to Liverpool, following Argyle’s deep defensive display at Anfield in the initial 0-0 stalemate, with the Reds enjoying 76.9 percent of the possession.

It will be another test of the Reds’ resolve, and this will be particularly challenging given Jurgen Klopp is likely to field another youthful lineup.

Addressing reporters at Melwood on Tuesday, Klopp stressed that he wouldn’t blame Adams for taking a similar approach to that at Anfield, due to the gulf between the two sides.

“It was a really concentrated defensive performance. All the credit to Plymouth,” he said.

“I don’t know if the plan was to be that deep from the first second. We can’t wait and then do something, but there were possibilities to speed up the game.

“It’ll be fully booked, we’ll have a few there. The atmosphere will be good, they’ll try to push them.

“We’ll try what we tried to do against Man United, we’ll try to cool the atmosphere down.

“We can’t react on what they do. They’re allowed to defend: we’re a Premier League team, they’re a League Two team.

“They usually play different, but to go to the next round as a lower-league team you should concentrate on defence.

“If they open the space we’ll take it, but I don’t expect it.”

Unlike at Anfield, this time Klopp will be hoping for his side to capitalise on any chances gifted to them by Argyle’s stubborn back line.

But by the same token, he will need his defence to be focussed in order to deal with any hopeful balls lofted forward by the home side—or risk another frustrating result this month.