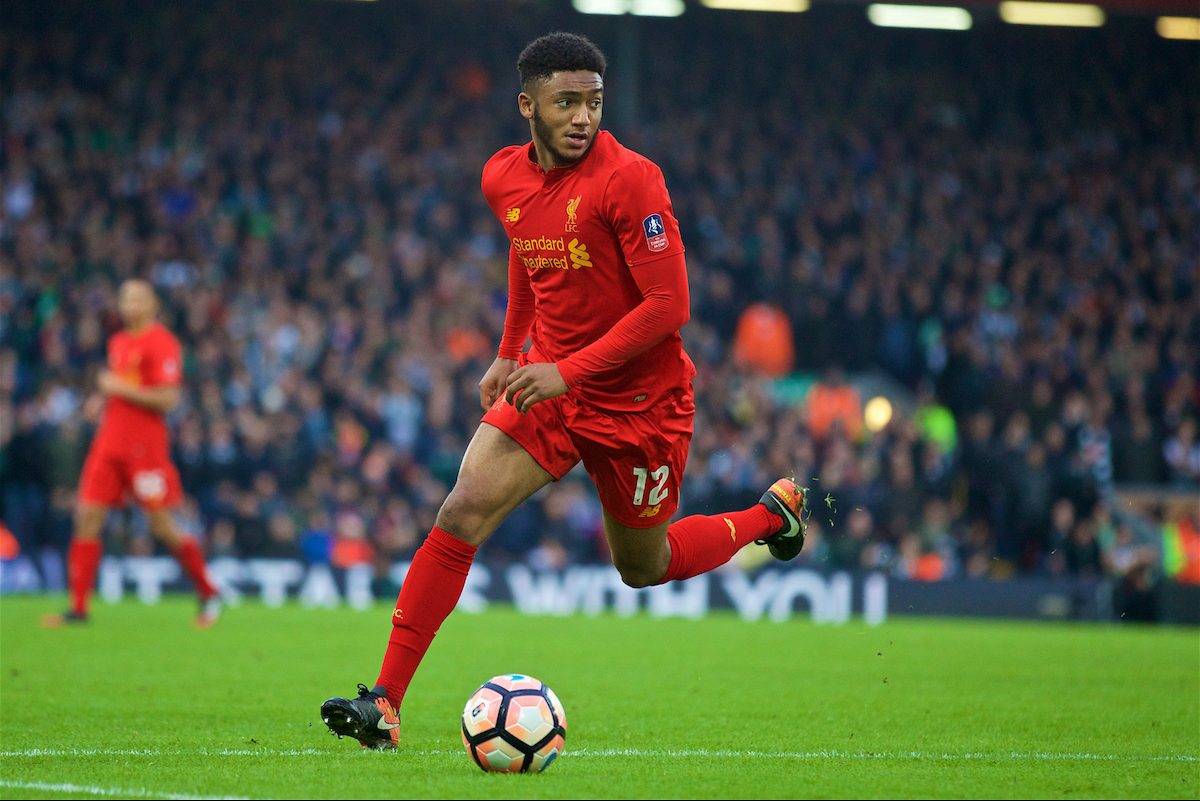 Joe Gomez‘s successful recovery from a long-term ACL injury is set to be rewarded with a new five-year deal, as he continues to progress at Liverpool.

The 19-year-old spent 14 months out of first-team action before returning to the field in January’s 0-0 draw with Plymouth Argyle in the FA Cup third round.

This was Gomez’s first appearance under Jurgen Klopp, having ruptured his ACL shortly after the German’s arrival in 2015, but it hasn’t deterred his new manager, prompting talks over a new contract.

According to the Liverpool Echo, this will see Gomez commit his future to the club until the end of the 2021/22 campaign, which will see him agree “enhanced terms.”

Gomez could be the next player to secure a new deal with the club, after Philippe Coutinho signed a five-year contract of his own on Wednesday, making him Liverpool’s highest earner.

Both Dejan Lovren and Adam Lallana are believed to be in positive talks over their future, while Alberto Moreno and Divock Origi have also been mentioned as potentially next in line.

Emre Can, however, is currently at an impasse with the club regarding an extension of his own, with just 18 months left on the midfielder’s deal.

Gomez arrived on Merseyside in 2015, signing from Charlton Athletic in a deal worth £3.5 million, and immediately established himself as a first-team regular under Brendan Rodgers.

The teenager made seven appearances for the club in 2015/16, starting the Reds’ first five Premier League games, before injury struck on international duty with the England U21s.

Now having worked his way back into contention, Gomez can hope to battle for a long-term role under Klopp.

This could come alongside Joel Matip at centre-back, with Klopp utilising Gomez in his natural position in both of his outings so far this season, overlooking his ability to play at full-back.

Though talks to extend Lovren’s spell at Anfield suggests Klopp has faith in Matip’s current partner, Gomez’s potential dictates that he takes an increased role as the seasons go by.

On a basic level, securing Gomez’s future until 2022, when he will be 25, is a great piece of business by Liverpool.

By then, Gomez should be nearing his prime as a centre-back, and under Klopp, he can look to develop into a high-calibre talent in the Premier League and in Europe.