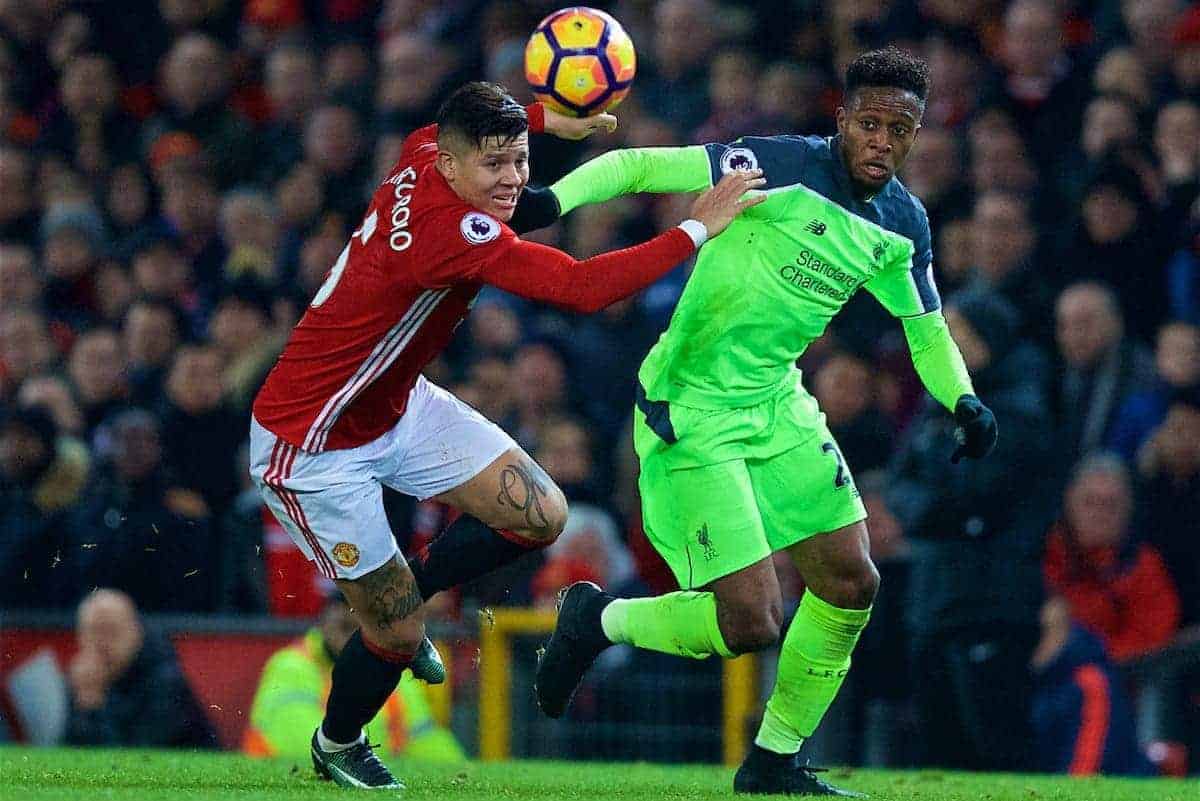 A late header from Zlatan Ibrahimovic saw Liverpool held to a 1-1 draw away to arch-rivals Manchester United on Sunday afternoon.

On the back of two draws and a defeat in their last three games, taking to Old Trafford for a must-win clash with arch-rivals United could be considered an inopportune fixture for Jurgen Klopp‘s Liverpool.

But if the Reds are to establish themselves as challengers for the Premier League title, there are few better chances to do so than away to Jose Mourinho’s in-form outfit.

Making four changes to the side that lost 1-0 at Southampton in the first leg of the League Cup semi-finals on Wednesday night, Klopp looked to give Liverpool the best hope of doing so, though both Philippe Coutinho and Daniel Sturridge had to make do with a place on the bench.

Captain Jordan Henderson made his return to the starting lineup, however, while Trent Alexander-Arnold came in to replace the injured Nathaniel Clyne for his full Premier League debut.

Without a win away to United since the beginning of 2014, the Reds needed a strong performance following their trip across the M62, but after a hard-fought contest, they weren’t able to grab the result. Liverpool began the game with a surprising change of system, with Klopp opting to field a midfield diamond, deploying Roberto Firmino and Divock Origi as his centre-forward duo.

This allowed Emre Can to provide cover for Alexander-Arnold at right-back, and the 18-year-old needed it, with United looking to exploit the youngster through Matteo Darmian and Anthony Martial.

It was a cross from Martial that brought the first big chance of the game, but Ibrahimovic was unable to hook the ball on target on the stretch, with Ragnar Klavan left stranded.

Ibrahimovic was gifted another opportunity minutes later, when Dejan Lovren‘s poor backpass caught Simon Mignolet short, but the ball ended up on the roof of the net, before Paul Pogba dragged wide on the break just after.

But with the Reds continuing to endeavour, the tide turned as Pogba handled in the box, with James Milner stepping up to put away his sixth penalty of the season.

Both sides continued to threaten, with Origi threatening the shaky pairing of Marcos Rojo and Phil Jones, but Michael Oliver blew for the interval with the score at 1-0. With his side trailing, Mourinho wasted no time in changing things up, sending Wayne Rooney on for Michael Carrick, with the striker looking to break Sir Bobby Charlton’s record to become United’s leading goalscorer.

He was deprived the perfect opportunity to do so on 54 minutes, as Mkhitaryan’s pullback evaded all United shirts charging into the box after Alexander-Arnold was caught in possession on the left.

Klopp made his own roll of the dice on the hour mark, sending Coutinho on to replace Origi, prompting a shift in formation, and the Brazilian almost crafted a goal immediately after, with his clever reverse pass trickling into the path of Firmino, whose shot was saved.

With Oliver losing his grasp on the contest, the referee overlooked a shocking challenge from Rooney on Milner, with the left-back fortunate to play on after a worrying spell down clutching his ankle.

The tempo remained fraught as the clock ticked, and it was United who struck next, with Ibrahimovic heading past Mignolet to level the score after Marouane Fellaini had hit the post.

Liverpool pushed for a late winner, with Wijnaldum spurning a great chance, but they were unable to break United’s defence, with the clash ending into a disappointing draw.