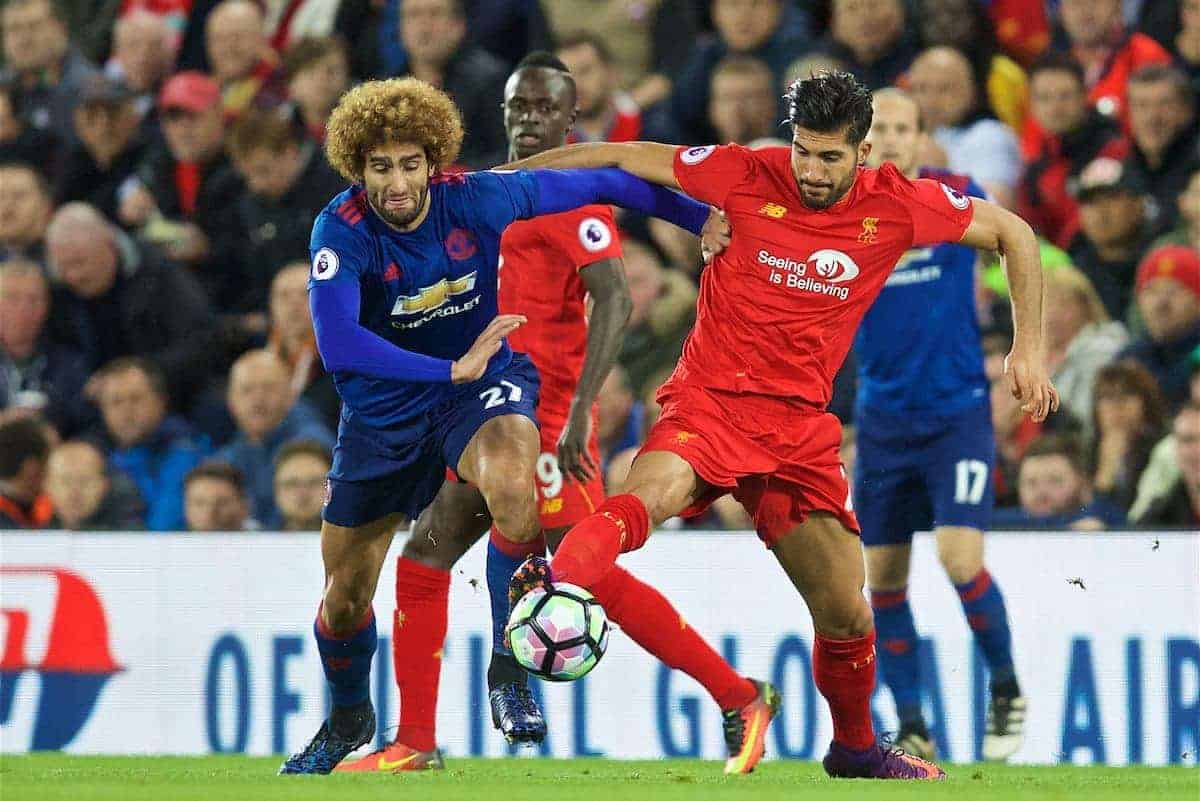 5 – Liverpool have only won five times at Old Trafford in the Premier League. The two teams have met 24 times since the league’s formation in 1992, with United winning 15 and four ending in draws.

67-55 – United lead the head-to-head in league games overall and there have also been 45 draws.

16 – Premier League red cards in games between the two clubs. Nemanja Vidic was dismissed four times in the fixture.

Former Liverpool captain Steven Gerrard may have the most memorable red card as he was dismissed 38 seconds after coming on as a half-time substitute in his final game against United, in March 2015. 2 – Draws in the last 10 years in the Premier League. Both draws came at Anfield with the most recent being this season when the game ended 0-0 in October.

The other ended 1-1 as Javier Hernandez scored an 81st-minute equaliser to cancel out Gerrard’s opener.

48 – Ryan Giggs has made the most appearances in the fixture in all competitions, scoring five goals.

Giggs scored a brace in United’s 2-1 win over Liverpool in November 2003. He also played a huge part in the 2-1 victory at Old Trafford in September 2004.

The midfielder provided assists for both of Mikael Silvestre’s goals, on his 600th appearance for the Red Devils. Rooney scored the only goal of the game in the 78th minute to earn all three points at Anfield.

2 – Hat-tricks in Premier League fixtures between the two sides.

Both came in the 2010-11 season as Dimitar Berbatov hit the first in a 3-2 victory at Old Trafford. The forward gave his team a 2-0 advantage, including a spectacular overhead kick for the second. Liverpool got revenge six months later as Dirk Kuyt scored a treble in a 3-1 victory. All three goals came from inside the six-yard box and the Dutchman became the first Liverpool player to score a hat-trick against United since Peter Beardsley in 1990.