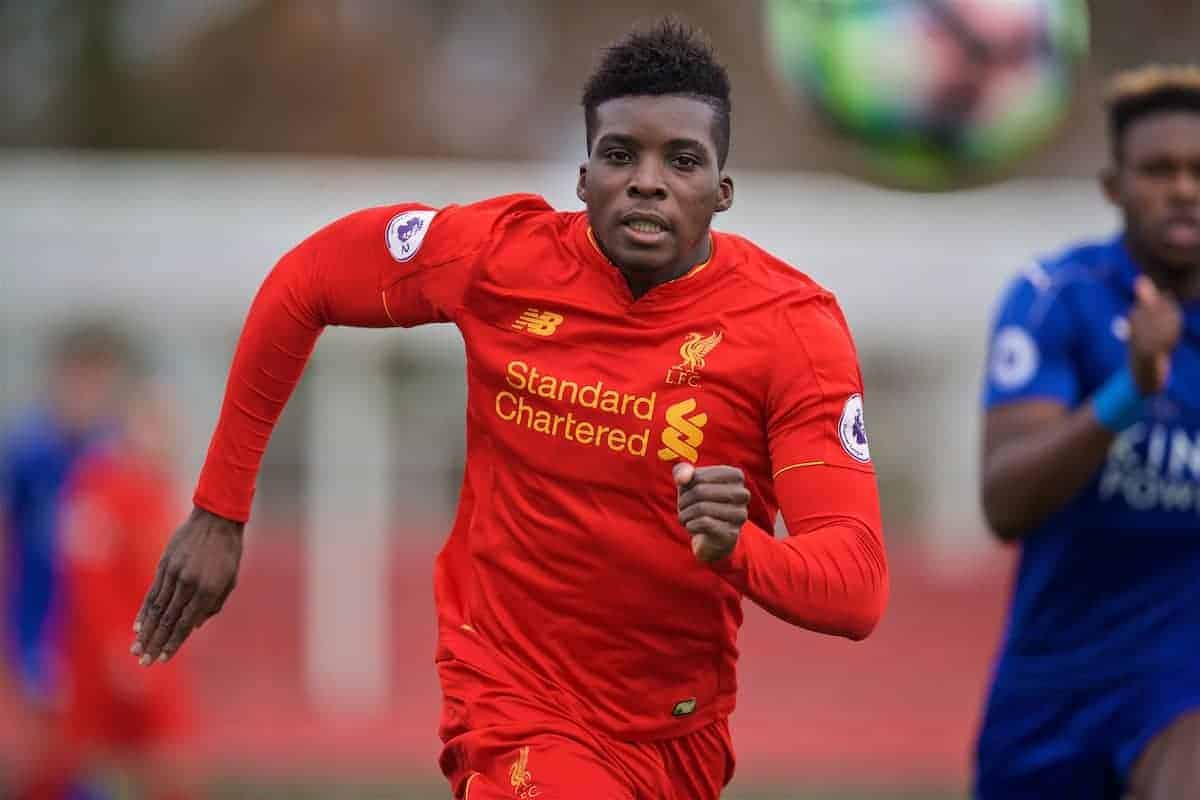 Liverpool winger Sheyi Ojo is hoping to impress Jurgen Klopp on the training ground in the coming weeks, to earn more first-team opportunities.

Ojo returned from a back injury to make his first appearance of the season in the Reds’ 0-0 draw with Plymouth Argyle in the FA Cup third-round, as part of the club’s youngest ever starting lineup.

He only made the substitutes’ bench for the replay at Home Park, however, with Klopp saying he was “not too happy with one or two things,” despite praising him as “a wonderful player.”

However, Ojo made an impressive 14-minute cameo in that 1-0 victory in Devon, and his manager assessed that he had “made a big difference when he came on.”

And speaking ahead of Liverpool’s fourth-round clash with Wolves, the 19-year-old said he is hoping that proved his commitment.

“It was mainly just being sharp and direct whenever I get the ball, trying to use my qualities: my pace and my skills,” he said of Klopp’s advice prior to the game.

“[I have to try] to go forward as much as possible because that’s my job in the team—to go forward, create chances and score some goals.

“That’s been my main aim and if I get another opportunity, that’s what I’ll be looking to do.

“It’s always nice to get praise from the manager but I think I’ve got a lot to offer.

“And one of the things that I need to really focus on is to keep working hard in training and listening to the staff. Hopefully, if I get the opportunity I can take it.” Ojo’s assertion that it is on the training ground that he needs to impress Klopp is apt, as despite Sadio Mane‘s absence at the Africa Cup of Nations, opportunities remain few and far between.

Klopp seemingly prefers Ben Woodburn as his backup on the flanks, but Ojo has more experience than the Wales youth international, and is hoping to pair this with the right application.

“Every day in training you have to treat it like a match and my main focus is to train well,” he continued.

“To work hard and to listen to what the manager’s saying and be direct whenever I get the ball.

“I’ll keep looking to do that for the rest of the season.”

Though he turned out for the Liverpool U23s in their recent 3-0 victory at home to Ipswich Town, Ojo has trained regularly alongside the first team at Melwood since his senior comeback.

His next chance to impress could well come against Wolves, a club he spent six months on loan with last season, and if that is the case, he will be hoping to make his mark as Klopp watches on.