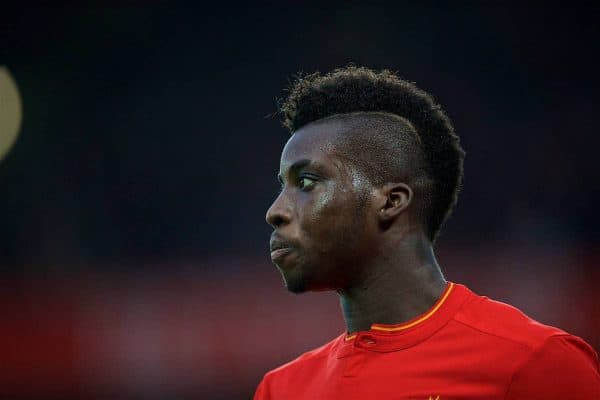 Jurgen Klopp has laid out Sheyi Ojo’s objectives for earning a regular role at Liverpool, praising the youngster as a “wonderful player” but pointing out a lack of maintaining focus.

Ojo was expected to start in Wednesday’s replay win at Plymouth in the FA Cup third round, but was instead left to settle for a place on the bench.

The 19-year-old came on with 14 minutes left to play however, and impressed, though he was booked for simulation.

It was Ojo’s second appearance of the season, after a muted display in the initial 0-0 draw at Anfield, and it is clear that he is still short of form following a back injury picked up in pre-season.

Speaking after the victory at Home Park, which saw Lucas Leiva head his first goal since 2010, Klopp highlighted Ojo as one of the young players to impress—despite initially leaving him out.

“Everybody, maybe, with Ojo involved they expected he would have played as one of the [starters] if he [was involved in] this game tonight as one of the young players,” he told reporters.

“But I was not too happy with one or two things.

“That’s not to say, it’s about something you need to feel and then go again.

“Today, I thought he made a big difference when he came on, with his speed and there was sharpness involved.

“He’s a wonderful player but, without sharpness, it’s nothing.

“I’m happy about their potential and we will do whatever we can to let it grow but they have a big job to do, too.”

Ojo returned from a disappointing loan spell with Wolves—Liverpool’s opponents in the FA Cup fourth round—last year to produce a strong run of form as Klopp’s go-to youngster in attack.

He scored once and assisted another four times in 11 games, averaging a direct contribution every 90 minutes.

This included an impressive showing at home to Stoke City in April, setting up the second goal of a 4-1 win, bursting past Xherdan Shaqiri and lifting the ball up expertly for Daniel Sturridge to head home.

But after carrying this into the summer with the England U19s and, initially, with the Reds on their tour of the United States, his momentum was stunted by injury.

Klopp clearly has faith in Ojo, having rejected loan offers from Championship clubs including Newcastle United this month, but his decision to field 17-year-old Ben Woodburn ahead of him against Argyle could have been a warning sign.

However, with Liverpool to play another four games in January alone, including welcoming Wolves to Anfield on January 28, Ojo is likely to be given another chance to shine.

To get his season back up and running, Ojo must find consistency whenever called upon, with his short cameo in Devon hinting at the “sharpness” he requires to do so in Liverpool’s No. 54 shirt.