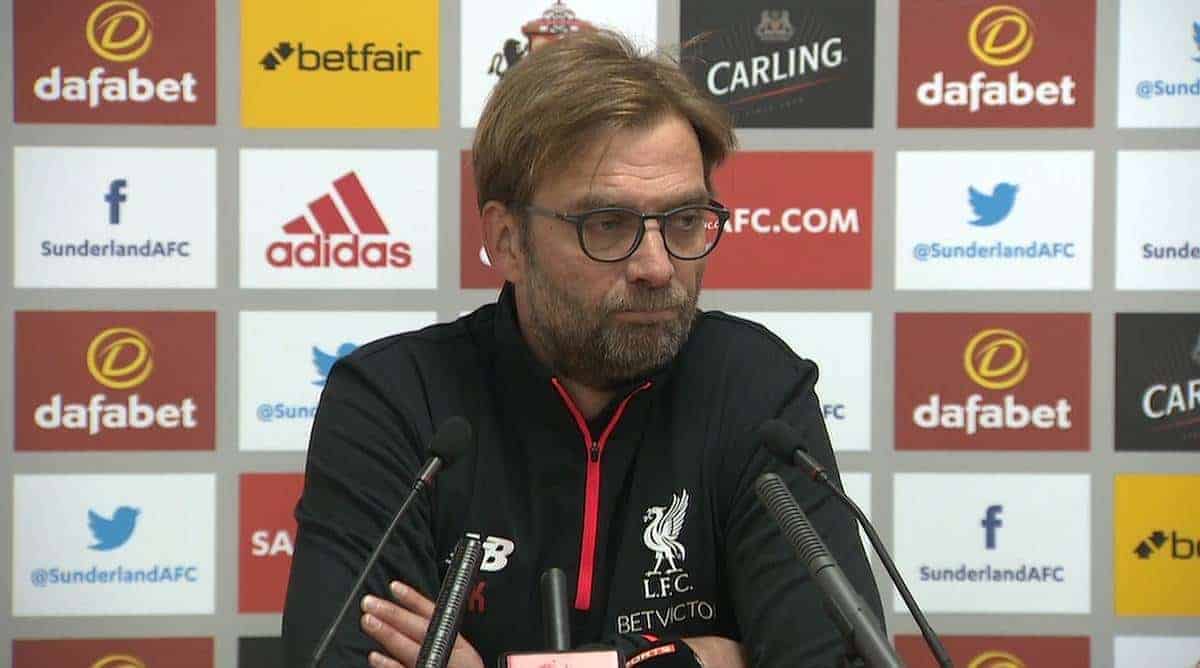 Sadio Mane‘s goal looked to have given Liverpool a 2-1 win, but he then gave away a second penalty of the game from which Jermaine Defoe dispatched again, meaning two points dropped for Klopp’s side.

Daniel Sturridge had opened the scoring in the first half on a rare league start for the Englishman, but he limped off in the second half.

Klopp was clearly unhappy, and apologised for his mood at the end of the press conference.