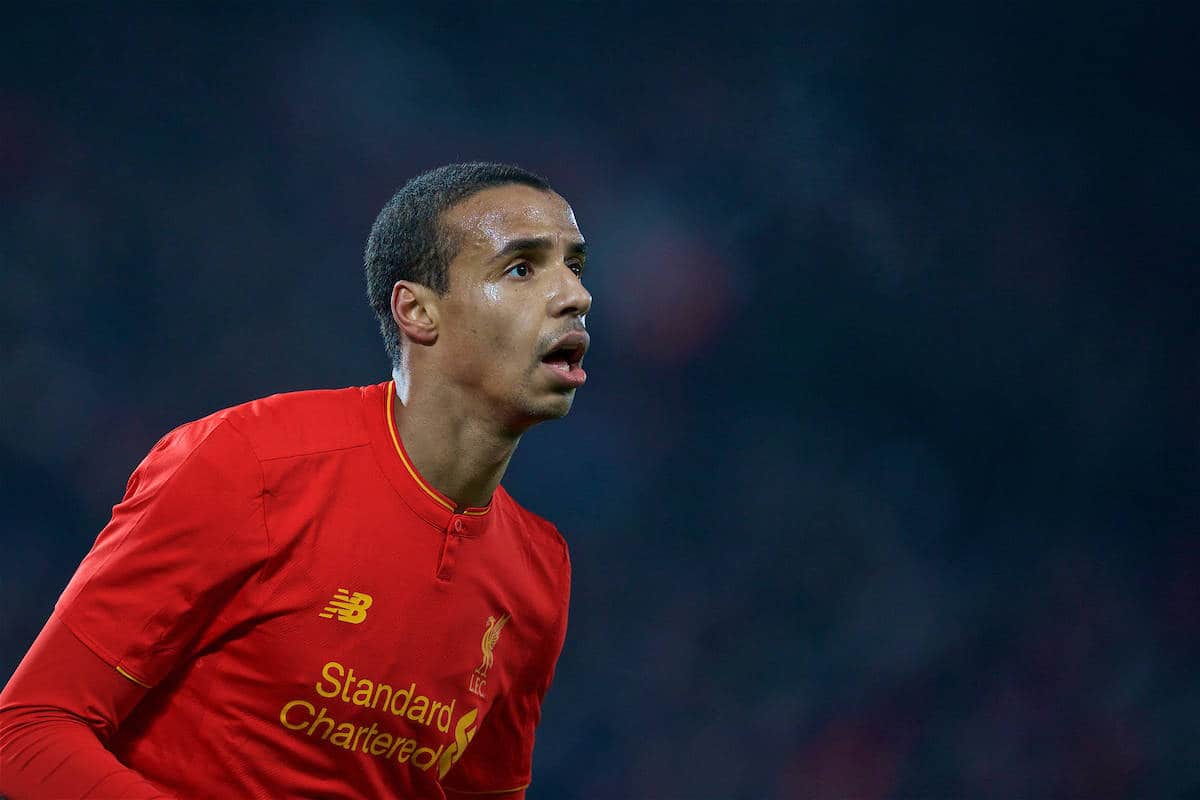 Defender Joel Matip believes Liverpool have proved they can match the Premier League‘s best when it matters most.

The centre-back said the 1-1 draw at home to Premier League leaders Chelsea had helped to start restoring the shattered confidence which three successive home defeats in three different competitions had inflicted over the last week.

In the top-six mini-league Jurgen Klopp‘s side still have the best record, having yet to be beaten this season.

Since the German took over in October 2015 they have suffered just one defeat in 15 games against their fellow five Champions League-chasing rivals.

“They are top of the table but from the outside you couldn’t say they were much better,” said Matip.

“They are 10 points better [in the league] but you couldn’t see this.

“We have to take the positives, even if it is only one point, and at the weekend we will try to get three.

“I think the supporters saw our courage and that we tried everything and tried to take the game to them.

“It showed [the team and the fans] can help each other and of course it is better to see a game like this than losing against the other teams.

“Of course the last week has not been easy but we have to keep going because we cannot change the past.

“We have to do everything we can do to change things in the future.

“Every player needs a positive experience or to get positive things in a game to get self-confident.

“But I think this was a good step to get some of this self-confidence back and we are looking forward to playing against Hull. We are in a good way.

“At the weekend we will try to get three points and then take the next step towards the next game.” While a 1-1 draw did little for Liverpool’s position in the table, where they remain fourth, the performance itself offered hope they could put a miserable January behind them.

Just one win in nine matches, and that over League Two side Plymouth, put the Reds’ season in freefall but with only the league to focus on now following two cup exits inside a week Klopp is confident things can improve again very quickly.

“As long as this club keeps its nerve and [then with] the kind of power we can create it’s outstanding,” he said after praising fans for the atmosphere they created at Anfield.

“Let’s stay cool and have a little bit of fun when you think about Liverpool and look ahead.

“Nothing has been decided until now but we have a chance so go for it. 15 games, 45 points—go for it.

“There’s a lot to get for us and we will see where it ends.” Matip’s return to the side after a lengthy absence, which partly coincided with Liverpool’s poor run of form, has brought some solidity to a defence which is all-too-capable of letting in soft goals.

The defender missed seven matches over the festive period with an ankle injury and then had to endure the farcical situation of not knowing whether he was eligible to play for his club while he awaited a FIFA ruling on whether Cameroon had any claim over him after he turned down the call-up to the African Nations Cup as he had been retired from international football for over a year.

“I am on a good way and if I continue I think I will be back soon to my levels,” said the 25-year-old.

“At first there was the injury and for every player that is not easy because you always want to play and after this there was the decision about whether I was available.

“It was confusing for me, for everyone that I know, but now I can help and now I try to improve.”