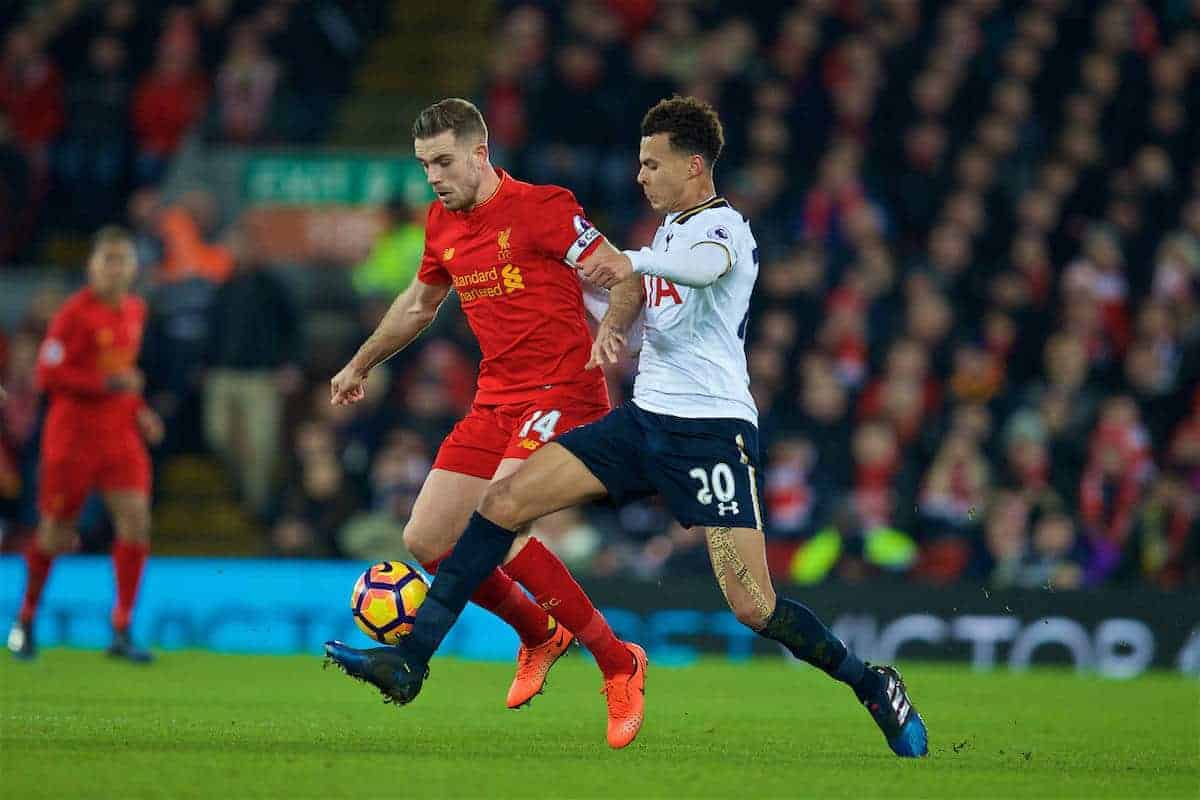 Captain Jordan Henderson wants Liverpool to replicate their performance against Tottenham when they take on some of the Premier League‘s lesser sides.

The Reds have fallen out of the title race in recent weeks following a poor run of form which has included defeats to Swansea and Hull and a draw with Sunderland.

A first-half double from Sadio Mane – his first goals since returning from the African Nations Cup – was enough to beat Spurs 2-0 and earn Jurgen Klopp‘s men a first league success of 2017.

When asked about his side’s disappointing record against some of the teams outside the top six, Henderson told BT Sport: “That needs to change quickly. We need to solve that issue really.

“But if we keep playing like that, it doesn’t matter who it’s against, that’s the level we’ve set and we need to play like that every week no matter who it is we play against and that’s what we will try and do from now until the end of the season.

“But tonight was a big win and a big performance because Spurs are a really good side.”

Tottenham manager Mauricio Pochettino said his side are not good enough to challenge for the title based on their first-half performance at Anfield.

Spurs remain second following the loss, nine points off leaders Chelsea and one ahead of fourth-placed Liverpool.

“I think they were better and fully deserved (to win),” the Argentinian said.

“We started the game very sloppy, it’s difficult to understand our performance in the first half. “It’s true that we have one point more than Liverpool but today we didn’t show that.

“We cannot blame the defensive line. I think it was the whole team, we were poor. It’s about balance and today our balance between play I think was poor and that is the truth.

“If you saw today the first 45 minutes, that is not a team that are ready to fight for the Premier League.”