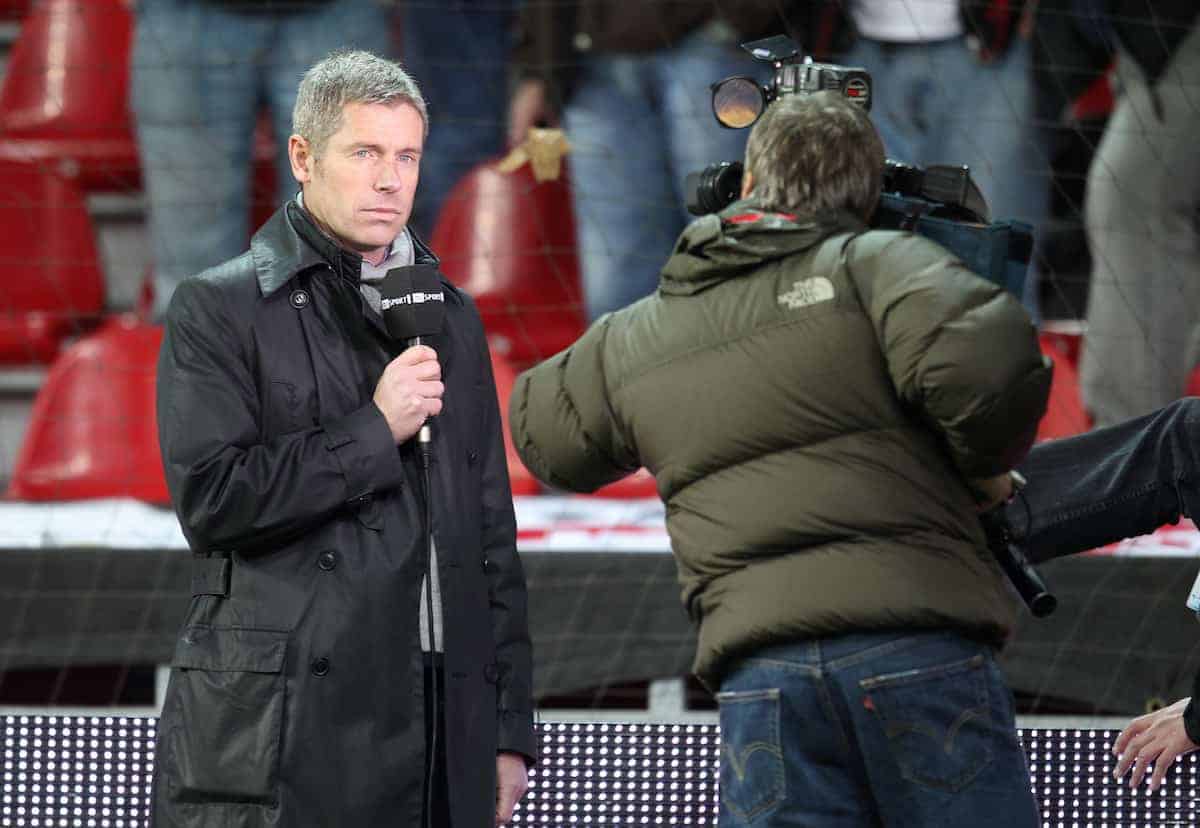 Next up in our matchday Q&A series is BT Sport TV presenter Matt Smith.

Matt is a common fixture onscreen for Liverpool supporters around the country in recent times, not least when presenting last season’s two huge Europa League ties against Borussia Dortmund and Villarreal at Anfield.

Formerly of BBC News and ITV Sport, Matt was born in Liverpool and is a lifelong Red.

We spoke to him about his typical matchday routine and what it’s like working while secretly cheering on the Reds.

Tell us about your typical matchday. What’s your pre-match routine? What time would you get to Anfield for a Liverpool game?

For an evening game, when working, I would get to Anfield about 3-4 hours before kick off. Obviously you need to have various production / script meetings on site, as well as beating the traffic etc.

My own preparation will have been largely done at home, but chats at the ground, particularly with the expert guests, may throw up further research.

If I am going as a fan with my son, then I do the same as everyone else; an hour or so before, pie and a pint, in our seats good and early!

And how long after the match are you at the stadium for?

We are normally on air for at least half an hour or so after. Unlike the print journalists, once we are off air we are done really.

Sometimes we are needed for further social media work etc, or if I am doing player and manager interviews, then there can be a wait for those. You hope most of the traffic has died down when you leave!

You were pitchside pre-match for some big Europa League games last season? Did you get a sense of the atmosphere well before kick off?

I have been at Anfield for many of the big European nights in recent years – a perk of the job!

The atmosphere is always memorable because the fans know what is expected of them, they know they can and do make a difference, for both teams, and because of the history at Anfield.

Chelsea 2005 and Dortmund 2016 are the two that most spring to mind, funnily enough.

There must be a buzz when presenting big games – especially when it’s the team you support?

Yes but there is always that feeling on the day/night of a big game. And there’s also a feeling of staying professional and doing your job properly. I would like to think, in that sense, I don’t treat a game at Anfield any differently to Old Trafford, the Emirates or abroad.

Get there early, have a good look around, talk to people, take photos, and write down or record your experiences while you remember them.

Make it bigger (expand the Anfield Rd End) – you have to change with the times – but remember it’s still, and always will be, Anfield, the home of Liverpool FC.

I hope and trust the TV cameras and commentators will be talking about YNWA and the unique noise of Anfield in another 100 years.