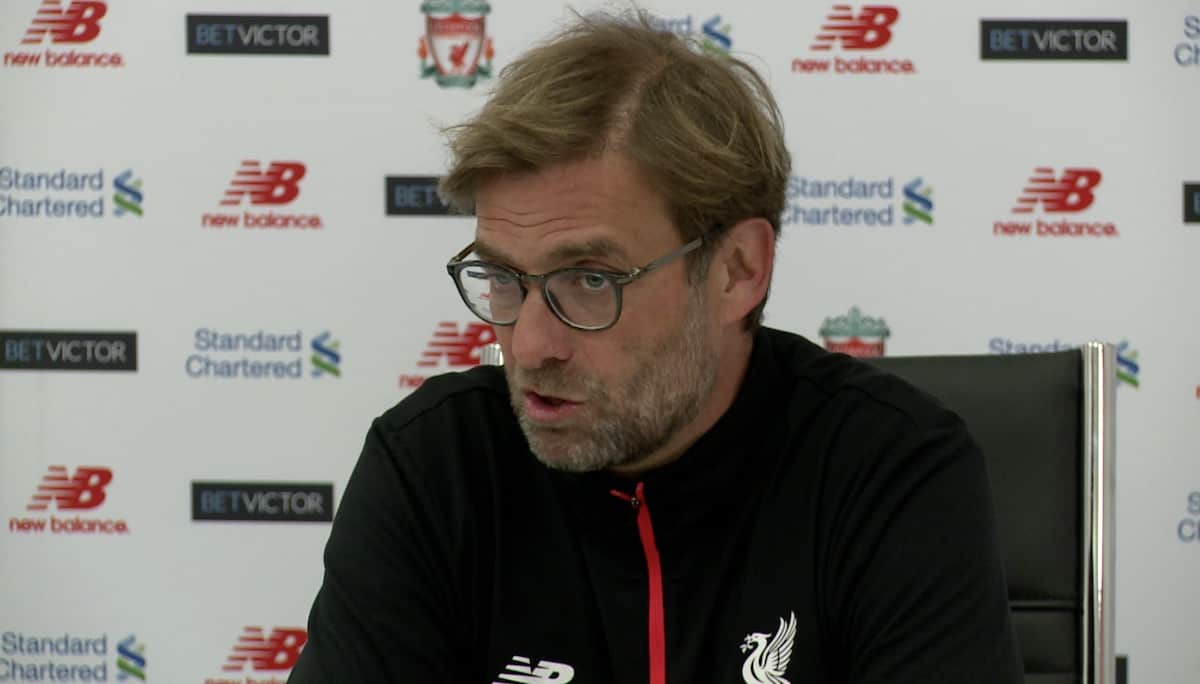 The Reds’ boss discussed the trip to Spain last week, with 16 days between their last game and Monday’s match against the Foxes – who recently sacked Claudio Ranieri.

On Ranier’s sacking, Klopp said: “It’s not just football – there have been some strange decisions in 16/17. Brexit. Trump. Ranieri.”

There was an injury update on Daniel Sturridge, Dejan Lovren and Gini Wijnaldum.

The boss also discussed the decision to move away from Melwood and expand the academy site at Kirkby to create a new training base for all the club.

“I love Melwood. But football changes. We cannot stay like we always were and cope (compete) with other teams.