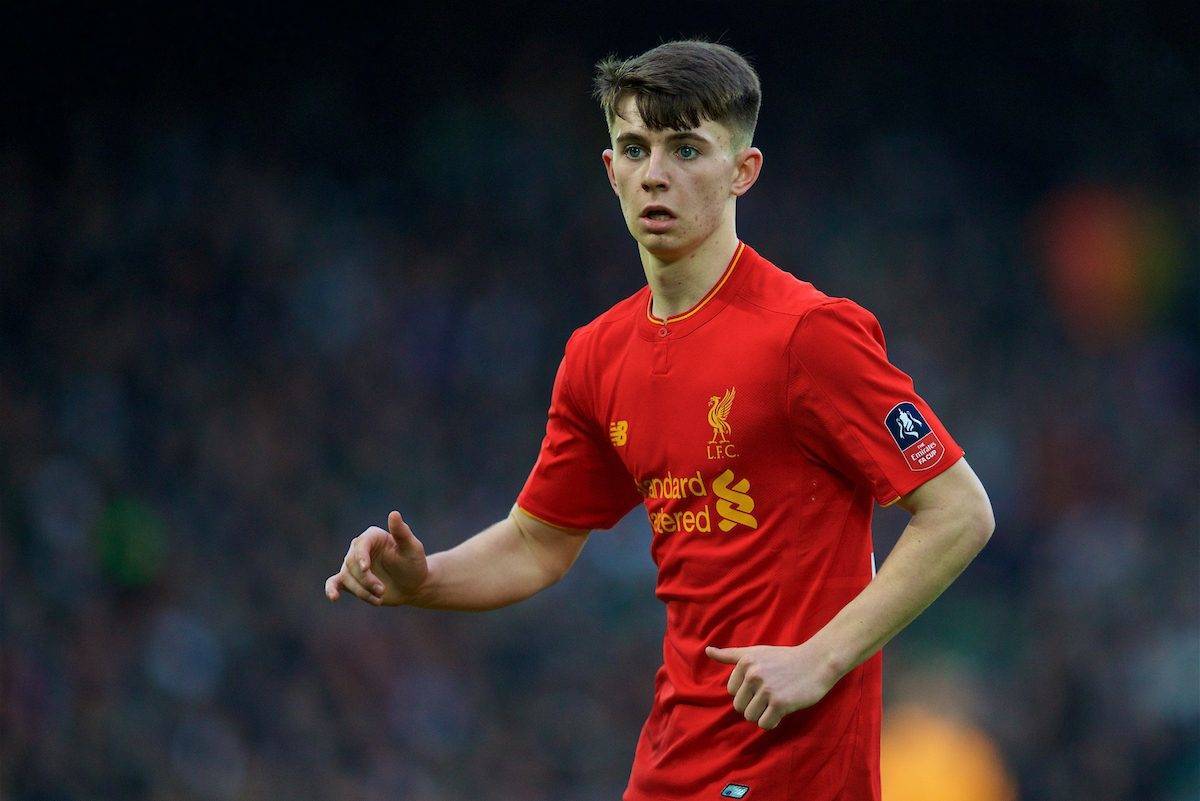 Liverpool forward Ben Woodburn has been handed his first senior Wales call-up, for March’s World Cup qualifier against the Republic of Ireland.

Woodburn has made a meteoric rise through the ranks on Merseyside this season, and has made seven appearances for Jurgen Klopp‘s first team so far.

His most recent outing came as a second-half substitute in Sunday’s 2-1 win at home to Burnley, with the youngster nearly scoring after a neat attacking move involving Lucas Leiva.

Present at Anfield that day was Wales scout Gordon Hodge, who clearly provided manager Chris Coleman with a glowing review.

Woodburn has been named in Coleman’s 23-man squad for this month’s crucial clash with the Republic of Ireland, along with Danny Ward, as Wales seek to secure their place at the World Cup in Russia next year.

“He’s earned this call-up, if I didn’t think he deserved it, he wouldn’t be getting in,” Coleman said on Thursday. “He’s done enough, he’s earned his place.”

This marks another milestone in Woodburn’s progress as a young player, and looks to have ended any debate over his international future.

Born in Chester, but eligible for Wales through his grandfather, Woodburn was believed to be in England’s sights as they sought to begin a tug-of-war for the versatile forward.

But having represented Wales at youth level throughout his career so far, the Reds’ No. 58 has opted to commit his future to the Dragons. Woodburn’s call-up is reminiscent of another Liverpool academy star, with Harry Wilson linking up with Wales in 2013.

Wilson broke Gareth Bale’s record to become Wales’ youngest-ever player when he came on to replace Hal Robson-Kanu in the closing stages of a 1-1 draw away to Belgium.

That game was Craig Bellamy’s last for his country, and discussing Wilson’s international future at the time, the ex-Reds winger suggested it was too soon for the teenager.

“I think he’s a talent, I think he’s going to do well in the years to come, but I’d like to see him do well first [before being capped],” he said.

He can’t play for anyone else now, but is that really the most important thing? I don’t know.”

Jurgen Klopp will no doubt be protective over Woodburn as he embarks for his first senior international jaunt, but the German clearly has faith the youngster can cope.

Wales play the Republic of Ireland at the Aviva Stadium in Dublin on March 24, kicking off at 7.45pm (GMT).