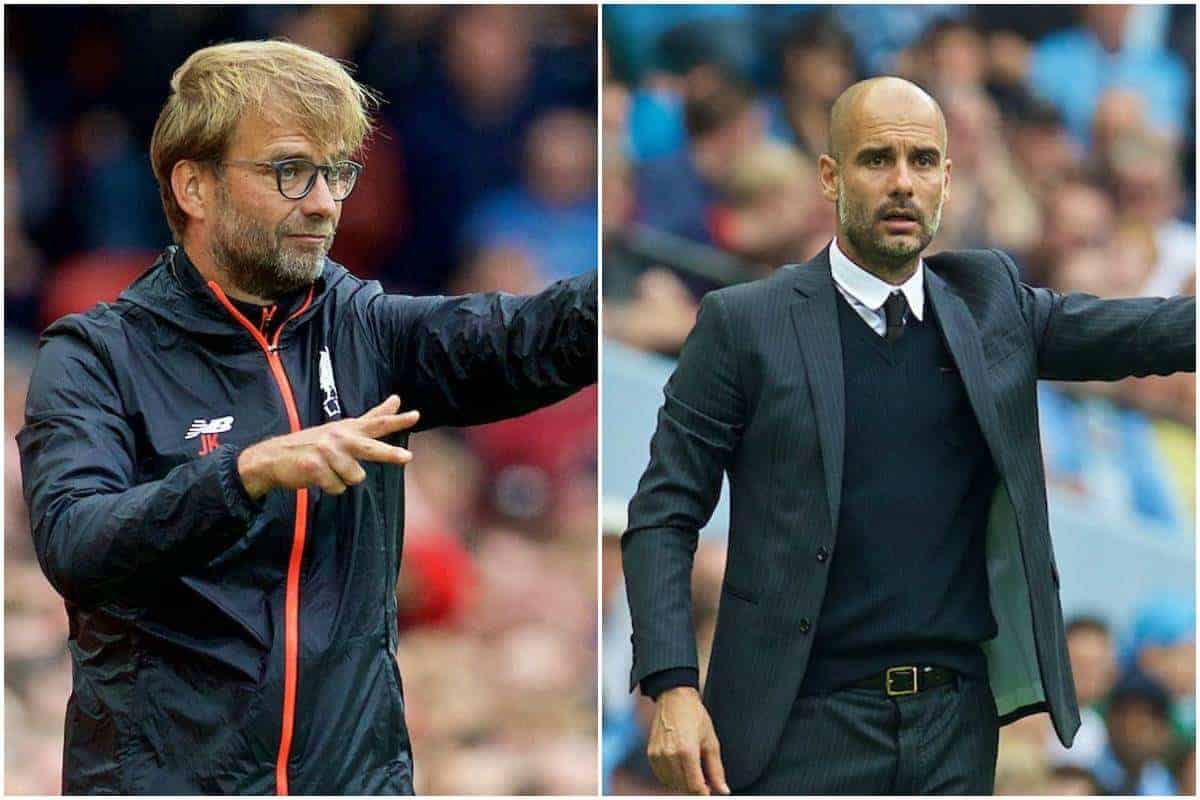 Manchester City host Liverpool on Sunday as the battle continues for places in the top four of the Premier League.

Pep Guardiola’s side will be looking to bounce back from being knocked out of the Champions League in midweek but Liverpool have not lost against any of the other five teams in the top six this season.

Here, Press Association Sport looks ahead to the fixture in numbers.

– Meetings between the sides in the Premier League. Liverpool have won 18 and City seven, with 14 draws.

– Goals in the last 10 meetings between the two sides in all competitions.

– Players who could face their former club on Sunday. Liverpool’s James Milner and Daniel Sturridge will both return to the Etihad Stadium, whilst Raheem Sterling moved from Liverpool to City for £50m in 2015.

– The last time there was a draw between the two sides in the Premier League.

– Top scorers Sadio Mane and Sergio Aguero each have 12 Premier League goals this season, though Aguero has added the same again in other competitions.

– Liverpool have only won one league game at the Etihad Stadium since 2008, although that victory came on their most recent trip when they came out 4-1 winners last season.

– Goals in the last six league meetings at the Etihad Stadium.

– It will be the 10th fixture between Pep Guardiola and Jurgen Klopp. They each came out on top on four occasions while managing Bayern Munich and Borussia Dortmund respectively, Guardiola victorious in the 2014 German Cup final along the way, while Klopp enjoyed the upper hand earlier this season with Liverpool’s 1-0 win at Anfield.