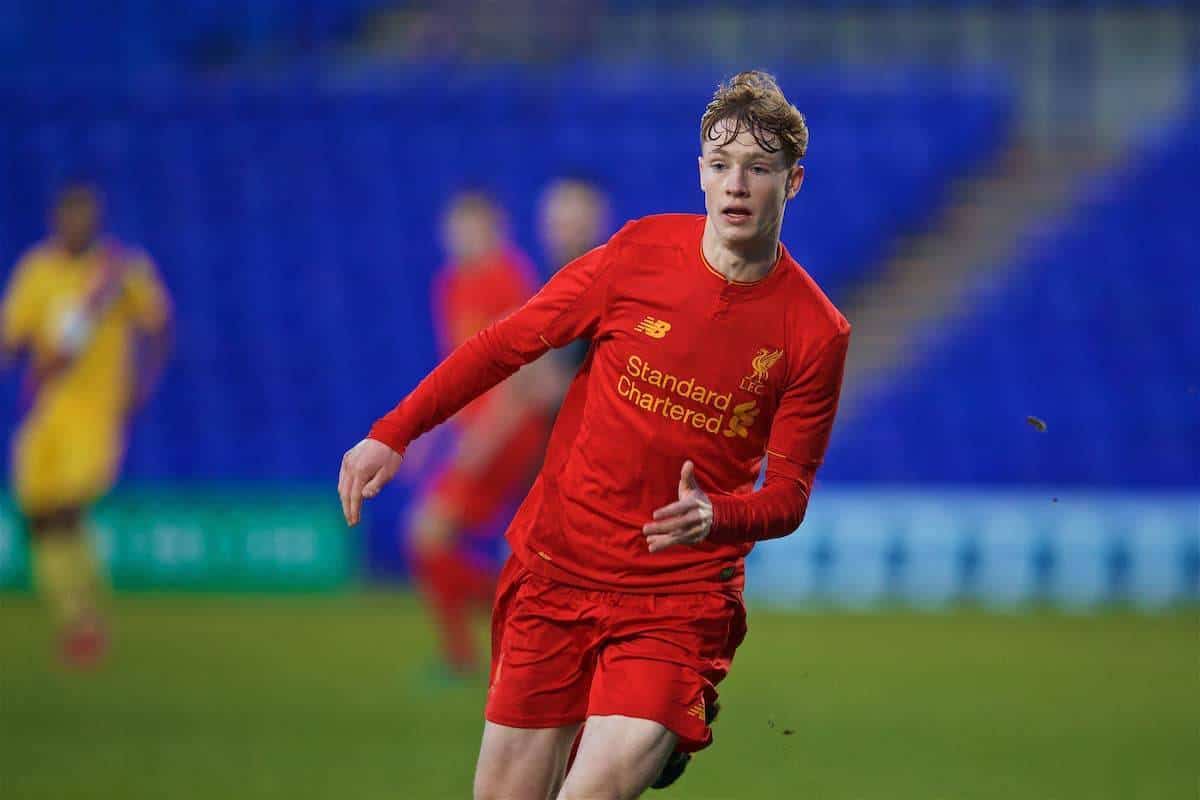 After their 2-0 victory over champions Man City on Saturday, the Liverpool U18s have made it to the play-offs of the U18 Premier League.

The Young Reds took on their trailblazing rivals at Kirkby as the weekend began, looking to become the first side to beat City’s youngsters this season.

Lee Carsley’s City had taken 55 points from their previous 21 games in the North Group, scoring 70 goals and conceding just 20.

But taking their foot off the gas in their final game before the play-offs, they fell foul to an inspired Liverpool, led by Neil Critchley.

The 38-year-old was able to call upon a host of impressive youngsters, with Caoimhin Kelleher in goal, Conor Masterson at centre-back, Liam Coyle in midfield and Glen McAuley in attack.

With Steven Gerrard watching on from the sidelines, too, some of the former Reds captain’s charges were involved too, with the likes of Neco Williams and Anthony Driscoll-Glennon starting.

It didn’t take the U18s long to break the deadlock, and it was Canada youth forward Liam Millar who found himself on the scoresheet, heading home Williams’ fine cross.

Both Millar and McAuley continued to threaten the City goal throughout the rest of the first half, but Liverpool were unable to add to their lead until late into the game.

It was McAuley who sealed the victory, benefiting from Abdi Sharif’s excellent ball through to make it 2-0. The U18s finished third in the North Group of the U18 Premier League, level on points with second-placed Man United, and they advance to the play-offs with City, United and Blackburn Rovers.

They will come up against Chelsea, Arsenal, Reading and West Ham from the South Group, as they look to become champions.

Critchley will be hoping this victory proves a springboard to success in their upcoming fixtures, with his side now confident following an excellent performance against City.

Many will be eyeing a move up to the U23s next season, with Masterson and Coyle the most likely so far, and their contributions in the final months of the campaign could prove vital.

Last season, the U18s finished fourth in their play-off group, with City securing the title with six wins and a draw from their seven games, highlighting the competition facing Critchley’s side.

But buoyed by this win, and the presence of Gerrard in the dugout, they could have an edge as they prepare for a positive run for the title.