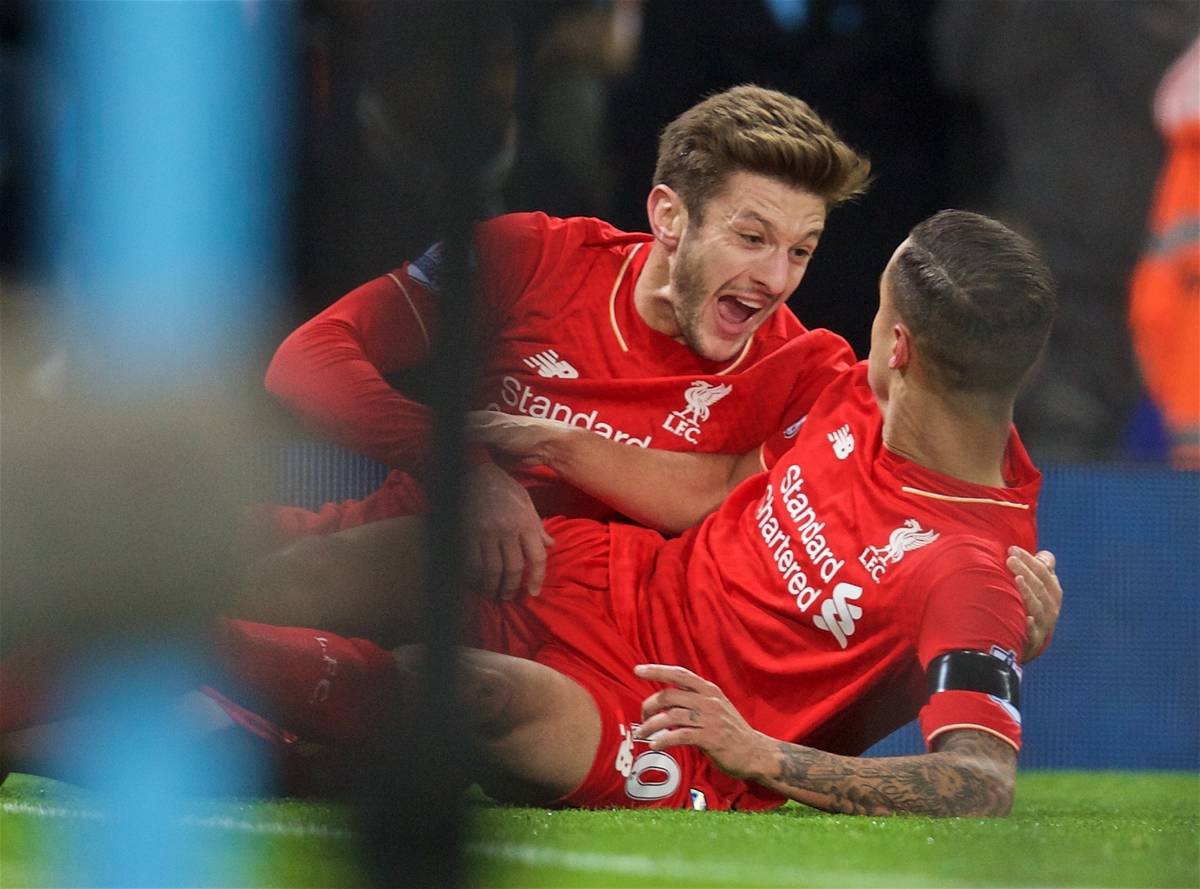 A welcome return to regular winning form for Liverpool faces a big test at the weekend when the Reds visit Man City. Here’s all you need to know about Pep Guardiola’s side.

It’s no secret how City play: on the front foot whenever possible, keeping possession, playing from the back and with a lot of runners from the midfield line into the penalty box. Pep Guardiola typically sets City up in a 4-1-4-1 or 4-2-3-1, with the emphasis on getting the likes of David Silva or Kevin de Bruyne on the ball between the lines, turning to play in the in-from-out diagonal runs of the wider forwards. City top the Premier League for average possession, with their 61 per cent being slightly better than the Reds who are second.

Guardiola’s team also actually concede the fewest shots per game in the top flight, again just ahead of Liverpool in that regard.

Aside from the two No. 8s mentioned above, the pace and individual skill of Raheem Sterling and Leroy Sane in the channels are City’s best route to goal, particularly when combined with surges from the full-backs on the outside. Stopping those runs is difficult enough, but there’s also the small matter of Sergio Aguero being in the middle to finish off those moves; despite not shining against Monaco as City were knocked out of Europe, the Argentinian striker has six goals and two assists in his last six appearances, and has an unhappy habit of notching against Liverpool.

Playing out from the back has given rise to plenty of problems for City; inconsistent defenders, a lack of communication perhaps and goalkeeping errors have blighted City’s campaign so far and when teams press high, they can often win themselves plenty of rewards against a fragile back line.

Willy Caballero has ousted Claudio Bravo in goal, but despite appearing far from infallible at times he has actually kept five clean sheets in his last six domestic outings.

It’s no good trying to hold positions for 90 minutes against the likes of Silva and Co; sooner or later he’ll find the gap and exploit even the best defences…and Liverpool certainly cannot claim that title. It’s not just about pressing City high, but in challenging them aggressively all over the park, particularly within 20 metres or so of the halfway line and especially if Yaya Toure is reinstated in central midfield. He doesn’t have the physical capacity to keep up with Adam Lallana, Emre Can and Gini Wijnaldum all surging past him in turn, and the Reds can exploit spaces themselves on the counter.

Not exactly an area of the game Liverpool have to play for, but the Reds and City are two of the top three teams in the league for scoring from the spot this season – only Bournemouth have managed more.

With so many tricky players on show in the game, and more than one rash defender, too, it must be said, there’s every chance the ref points to the spot at some point.

Decision-making at the back is critical, and the Reds can’t go gifting chances if they hope to take the points. There have been 13 goals in the last four games between these two sides, with both sides happy to go end-to-end and hope to out-gun each other.

That makes the goalkeepers the critical ones to watch this time, with Simon Mignolet‘s somewhat improved displays of late offering reason to hope for Reds fans.

Striker Gabriel Jesus and midfielder Ilkay Gundogan are the only injury absentees for City.