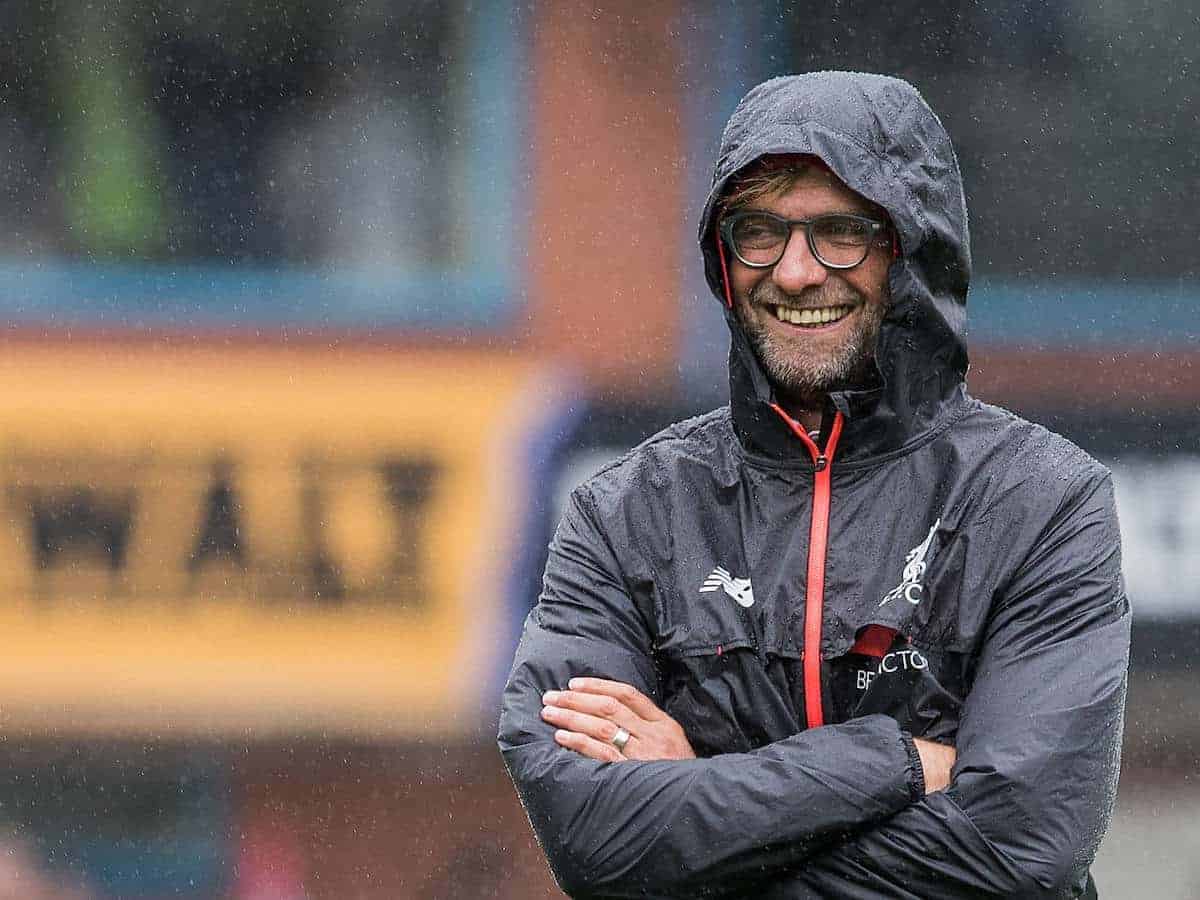 Liverpool are hoping to make it back-to-back Premier League wins for the first time since December on Sunday when Burnley visit Anfield.

It should yield a routine three points, but it’s the bottom half sides who have caused the Reds most trouble this season. Here’s all you need to know about the Clarets.

Burnley won’t bring any surprises to the table; Sean Dyche has them set up to attempt to be difficult to beat, strong through the centre and playing either 4-4-2 (their usual system) or, at most, dropping an extra player from the front line into midfield.

They are combative, yet have technique in the centre of the park too, and the wide midfielders will tuck in to helps stay compact.

Possession isn’t a must for Burnley, as the Reds found out in the reverse fixture earlier on in the season, though the only two outlets with pace they have are Andre Gray in attack and new signing Robbie Brady on the left wing.

Unsurprisingly, their away record is the worst in the league; despite the odd hiccup of late, Liverpool still have the third-best home record.

Patience in the final third

Burnley already know how to frustrate the Reds and the fans, and won’t hesitate to do so again. If the breakthrough doesn’t come early in the game, or indeed early in any given attack, simply recycle the ball, stay in shape and attempt again.

Sooner or later, spaces will open up or a defender will make a mistake in judgement.

Gini Wijnaldum has been the man doing this recently, but others have to contribute too. With Roberto Firmino tending to drift, there has to be penetration behind the back line, both down the channels (Sadio Mane, the full-backs) and right through the centre from time to time.

The midfield trio have to not just be available to take the ball in deep areas, but also make the unexpected surges for a through ball, lofted pass or quick one-two. This is what breaks lines most often, not solo dribbles.

All too often this season, a single wayward pass has left the back line exposed, or indeed the back line’s errors have left the goalkeeper exposed.

It’s not always down to the stray ball, either, but rather one or two players having drifted too far to the side, stepped up too high needlessly or not reacting quickly enough at the moment of transition.

It’s inevitable that Burnley will have counter-attacks, so the defensive side of the spine must be in place and ready to close off running lanes.

The Reds want a goal or two, and Sadio Mane is the best chance of that at present. His willingness to cut in out of possession, his pace when the ball is won to get into good areas and his finishing are all on-point right now, and while others have to contribute too, when Mane’s on top form, you do everything possible to make the most of it.

For Burnley, Michael Keane has been solid defensively, strong in the air and aggressive with his challenges, and the biggest games have brought his best traits to light as Burnley tend to sit so deep and he can merely defend the box, rather than spaces ahead and behind. He (and centre-back partner Ben Mee) presents a tough nut to crack.

Jon Flanagan is ineligible, although not in the side anyway. Goalkeeper Tom Heaton missed the last game through illness and both Joey Barton and Steven Defour are doubts. Dean Marney is out injured longer term.