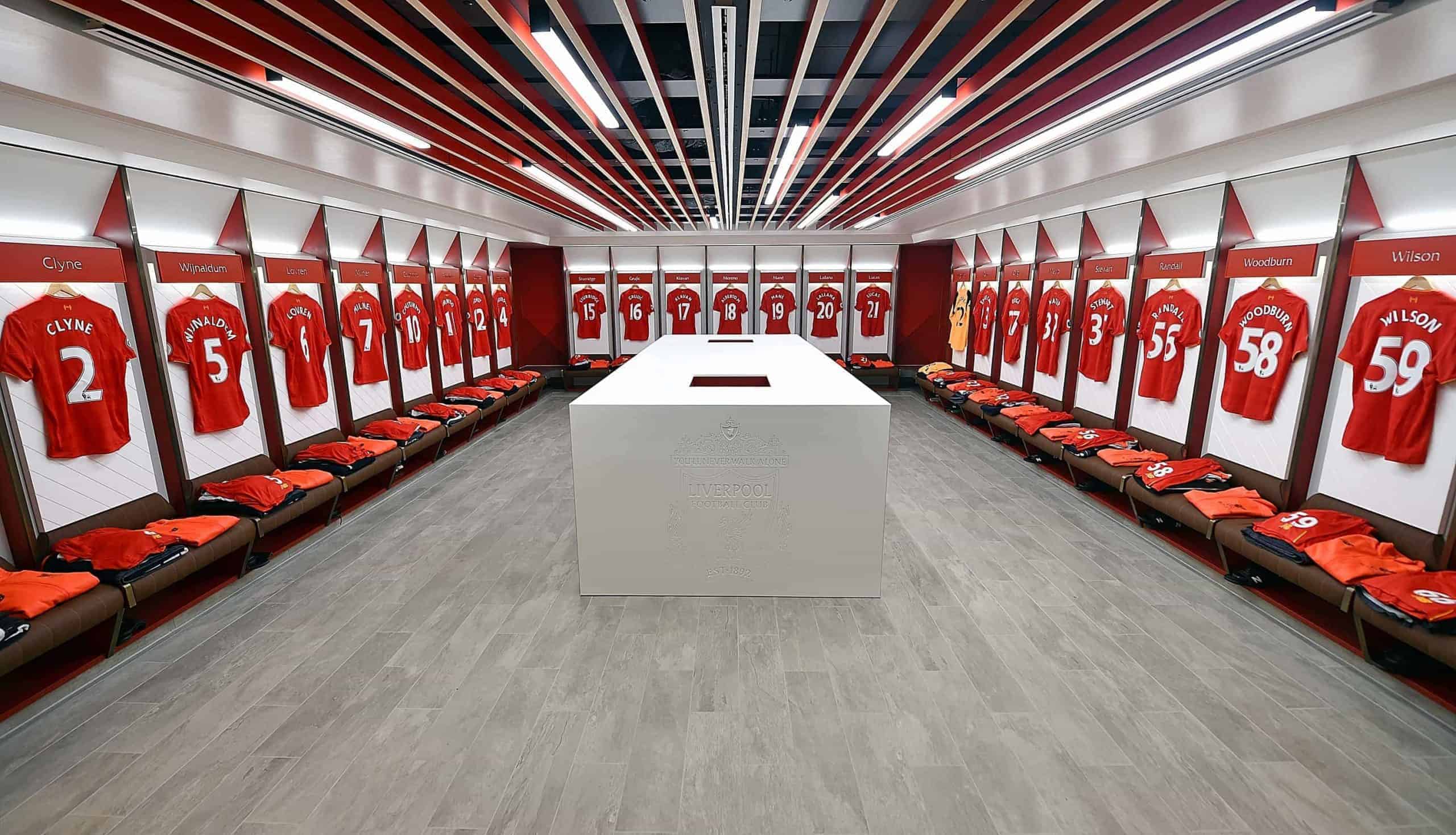 Work began on redeveloping Anfield over the summer, with the new Main Stand debuted during the Reds’ 4-1 win over Leicester City in September.

There was still plenty to oversee, however, with both the interior and exterior not finished at that stage.

This included facilities for the players, with Jurgen Klopp‘s squad changing in temporary facilities up until the March international break.

However, as the club revealed on Friday, this has all changed for Liverpool, with Anfield now home to a new, state-of-the-art dressing room.

Designed to mirror that of the club’s training ground at Melwood, each player has their own name plate, with position allocated by squad number, leaving Loris Karius next to Nathaniel Clyne and so on.

They also have their own USB and mains port in their changing position, providing Klopp’s squad with optimum comfort as they prepare to take to the field.

Its first use will come for Saturday’s Merseyside derby clash with Everton, with this signalling another step in the right direction as work is polished off on an positive redevelopment.

Work at Anfield is finally coming together, and now Klopp will be hoping for as impressive an end product on the pitch.