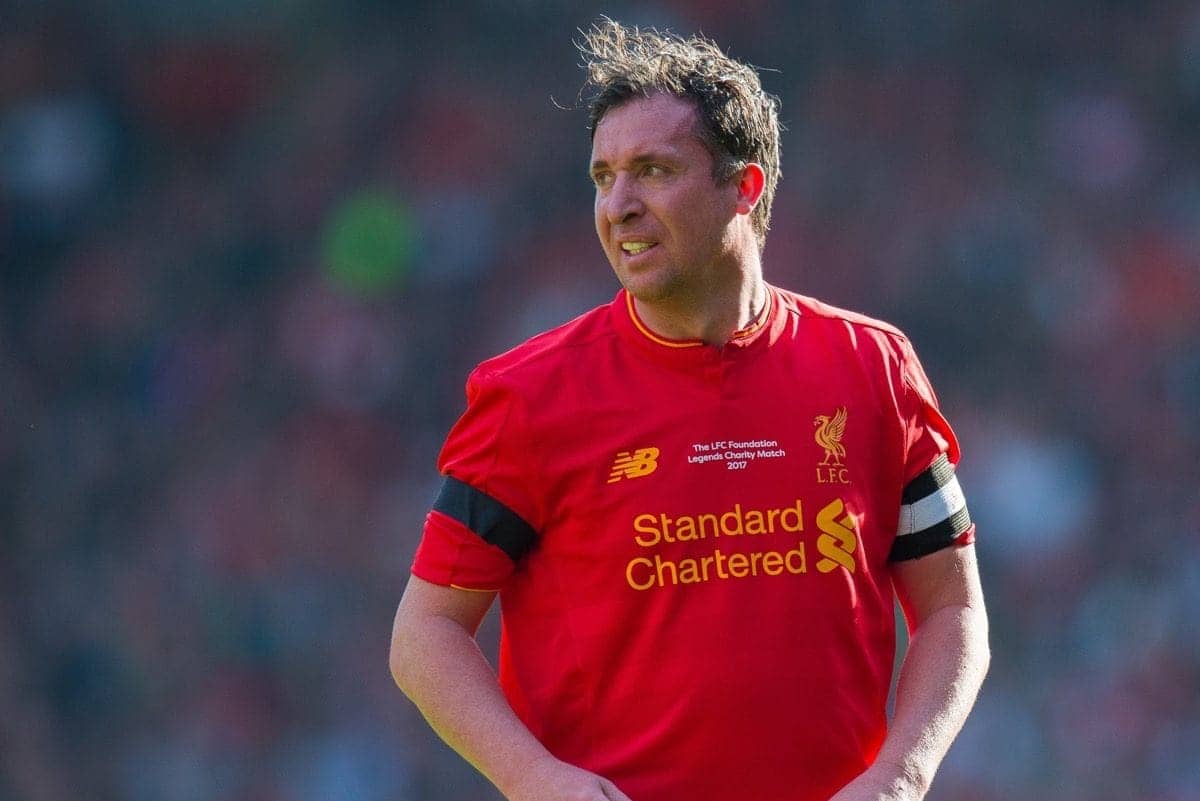 Moran, who served Liverpool in a variety of capacities for 49 years, died last Wednesday at the age of 83.

A minute’s applause was held prior to Saturday’s LFC Foundation ‘legends’ charity match between Liverpool and Real Madrid and further tributes are set to take place when Everton visit in the Premier League next Saturday.

“I’m actually quite glad it’s against Everton, the next game,” said ex-Reds striker Fowler, who broke into the side as an 18-year-old in 1993 while Moran was No. 2 to Graeme Souness.

“I think the Everton fans, when things like this happen, they are so respectful as well.

“I’m not saying anyone else isn’t but, the fact is, I think he was involved in almost 100 Merseyside derbies throughout his career. I think the Everton fans will appreciate that as well.

“It is terribly sad, but I couldn’t think of a better game really for the next game and hopefully his family will all be there and the Everton fans will get right behind the family.

“And certainly Liverpool fans will, because he deserves an absolutely unbelievable send-off. He will get that at an Everton-Liverpool game.”

Moran made 379 appearances for the Reds between 1952 and 1968 and then moved onto the coaching staff, retaining a position until his retirement in 1998.

He was one of the famous Anfield Boot Room coaches and played an influential role under managers Bill Shankly, Bob Paisley, Joe Fagan, Kenny Dalglish, Souness and Roy Evans. He also had two spells as caretaker boss himself.