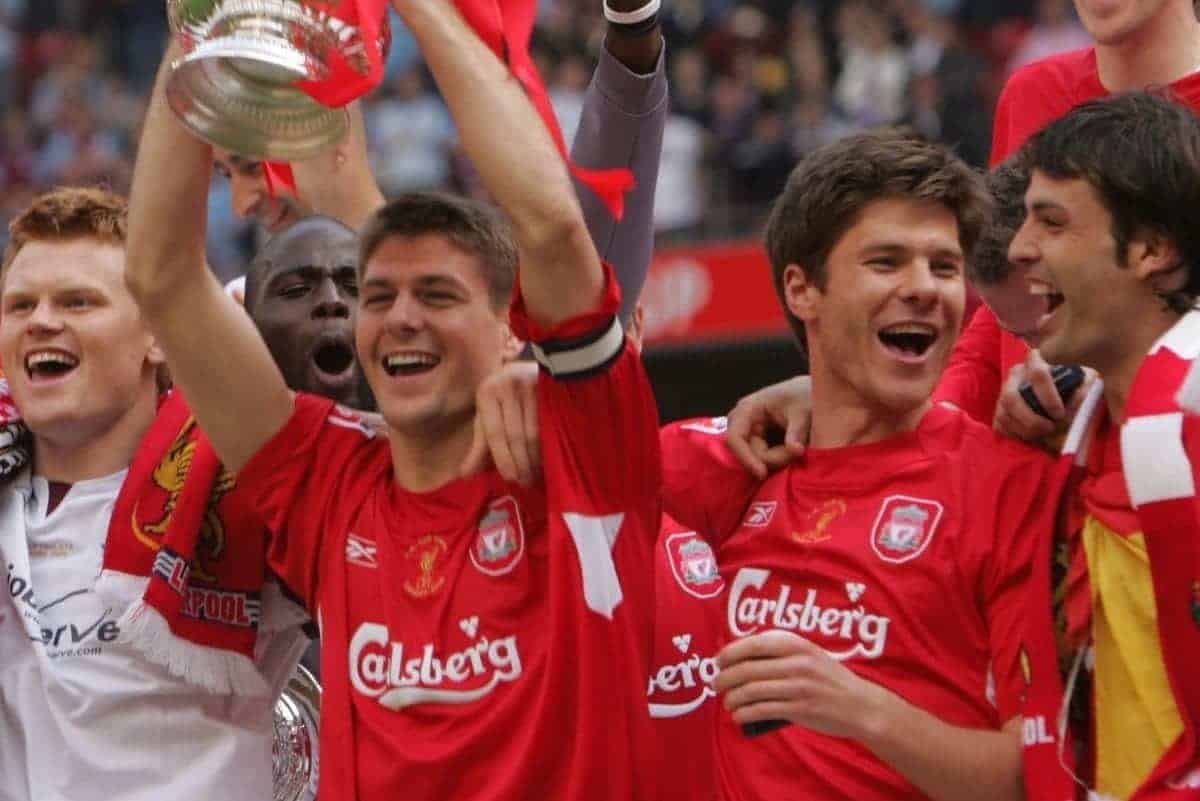 Steven Gerrard has described Xabi Alonso as a “class act” and a “gentleman” after the ex-Liverpool midfielder announced his retirement.

Alonso confirmed his decision to retire from professional football on Thursday morning, and this season with Bayern Munich will be the Spaniard’s last.

This brings an end to a long and successful career for Alonso, in England, Germany and in his homeland, and he will be remembered as a legend at a variety of clubs.

Most notably, however, this will be on Merseyside, with Alonso playing a key role in an unforgettable era under Rafa Benitez.

The midfielder shone alongside Gerrard as the Reds surged to their Champions League triumph in 2005, with the duo scoring within six minutes of each other in a dramatic comeback win over AC Milan.

Their relationship both on and off the field gave Benitez a strong core to build around, along with the likes of Jamie Carragher, Sami Hyypia and Dietmar Hamann.

And on Alonso’s announcement, Gerrard took to Instagram to pay tribute to his former team-mate: “Xabi you are pure quality. A class act on the pitch and a gentlemen off it,” the ex-Liverpool captain said.

“It was a pleasure to play alongside you and I missed you every day from the moment you left the Reds.

“Congratulations on your perfect career and good luck to you and your family in the future.”

Gerrard was not the only one of Alonso’s old Reds colleagues to honour the midfielder, with the likes of Carragher, Pepe Reina and John Arne Riise taking to social media on Thursday:

Lived it. Loved it.

So lucky for sharing it with you in 3 different teams!! Thanks for everything "manoplas"!! LEGEND! #GraciasXabi https://t.co/ozN4FcvzIN

"The Pass Master" announces his retirement. Good luck my friend! Thanks for all the great passes??you always found me @XabiAlonso ????

The game will miss your football and your values, @XabiAlonso. It was a privilege to have shared part of your successful career with you! pic.twitter.com/IUCdW7syC7

Alonso made 210 appearances for Liverpool five seasons, winning the Champions League, FA Cup, UEFA Super Cup and the Community Shield, before leaving for Real Madrid in 2009.

No doubt he would have brought more success to Merseyside, alongside Gerrard, if he had stayed longer.