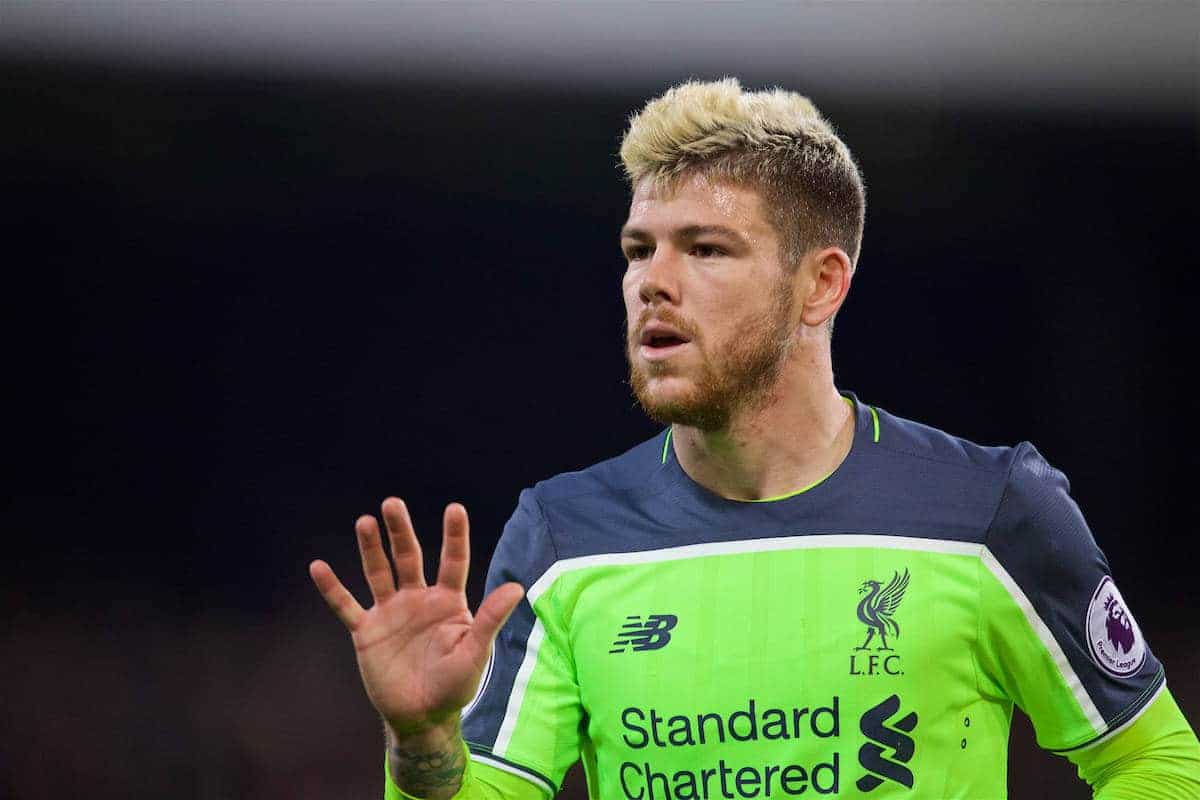 Alberto Moreno is expected to leave Liverpool at the end of the season, with a number of clubs interested in the out-of-favour left-back.

Moreno is one of only three players named in every Premier League matchday squad for the Reds this season, along with Simon Mignolet and Divock Origi.

But only Kevin Stewart has played fewer minutes (16) in the top flight of any of Jurgen Klopp‘s senior players, with Moreno afforded 283—just over three full games.

The writing seemed to be on the wall for the 24-year-old when, despite Klopp fielding a wing-back system against Stoke City on Saturday, Moreno remained an unused substitute.

And with the German targeting Fulham teenager Ryan Sessegnon as backup to James Milner this summer, Moreno looks set to leave Anfield.

According to reports, Liverpool are “already fielding multiple enquiries” about the former Sevilla left-back, who has two years left on his current contract.

Moreno was rumoured to be in talks to extend his deal with the club, but this now seems highly unlikely, with AC Milan and Inter Milan said to be leading the race.

One of the sides who could make an approach for Moreno this summer is Atletico Madrid, with the Times‘ Paul Joyce revealing the La Liga giants broached a possible loan move in January.

To some extent, Moreno has been undersold this season, with the left-back far from the worst player at Klopp’s disposal.

Milner’s emergence as a capable first choice in the role has hampered his prospects, but the 31-year-old could certainly have benefited from a rest at stages this season.

This was particularly clear around the turn of the year, with Liverpool facing a major fixture pile-up.

But Klopp has clearly made his mind up about Moreno, though his ubiquity in the Reds’ 18-man group in the Premier League is a bemusing reality in this light.

When Moreno made the £12 million move from Sevilla in 2014, he was considered one of the brightest young talents in Spanish football.

Returning to his homeland would no doubt aid his attempt to revive this, with regular game time in La Liga providing him the platform to showcase his wares.

Liverpool should find themselves in a strong position regarding Moreno’s sale, despite his peripheral role under Klopp, and can hope to recoup much of that £12 million fee this summer.