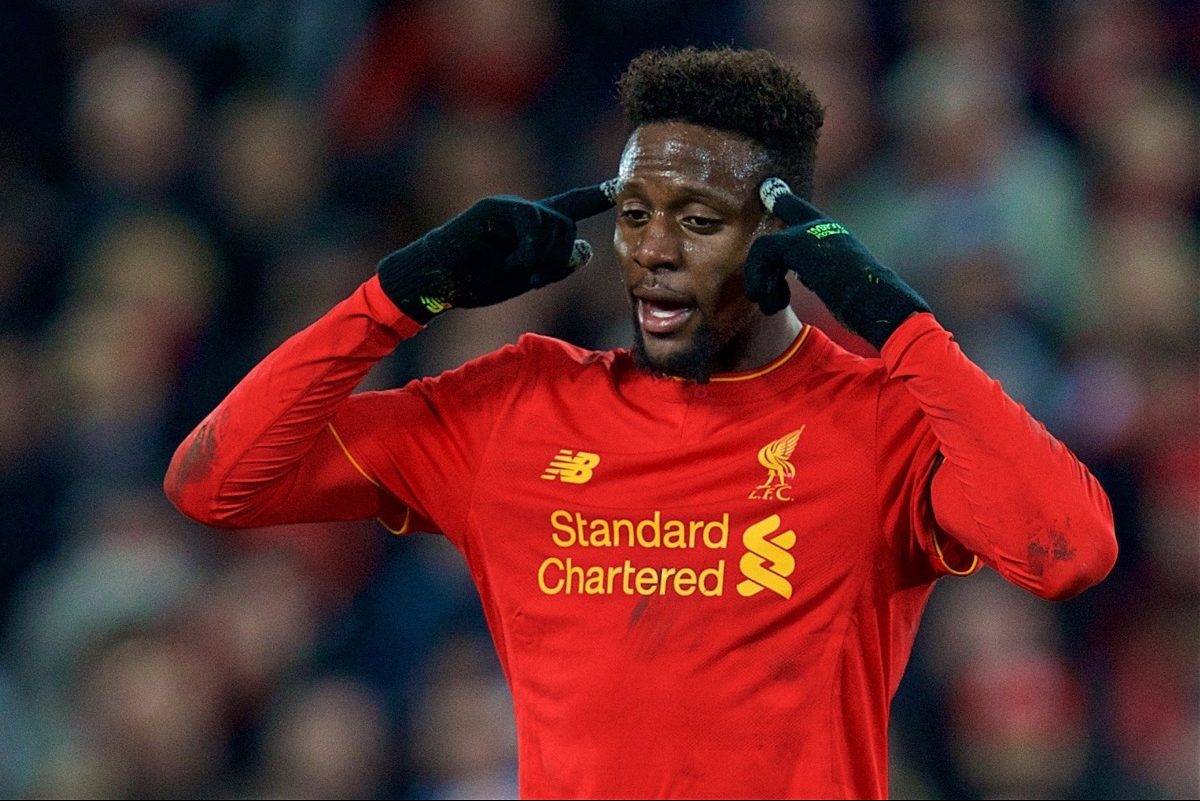 Few Liverpool players made less progress this season than Divock Origi, with the Belgian showing flashes of quality but flattering to deceive too often.

This time last year, not many Reds squad members were held in higher esteem than Origi.

The young Belgian had enjoyed a very impressive second-half of the season, with his performance in the Europa League, in particular, worthy of huge praise.

Injury had ended his 2015/16 campaign prematurely, due to a shocking challenge by Everton‘s Ramiro Funes Mori, but if anything, Liverpool not having him available enhanced his reputation further.

This season was supposedly going to be one that saw Origi go up another gear, as he threatened to become one of the Premier League‘s most fearsome young strikers.

It didn’t pan out that way, however.

Despite his efforts the previous year, Origi didn’t manage to force his way back into Jurgen Klopp‘s starting lineup in August.

Daniel Sturridge found himself in exactly the same boat, too, with the trio of Philippe Coutinho, Sadio Mane and Roberto Firmino very much Klopp’s first-choice front-line.

Origi was introduced as a second-half substitute in the 4-3 win at Arsenal on the opening weekend, but his cameo summed up many of his performances in 2016/17.

He failed to get into the game, offering little as a target man and almost being a hindrance to the rest of the teams. Things weren’t much better at Burnley in Liverpool’s next outing.

A first goal of the season at Burton in the League Cup did at least get Origi’s campaign up and running, but his chances continued to be limited in the Premier League.

Another relatively ineffective cameo was produced at Tottenham, although he offered more when brought on in the 2-1 victory away to Chelsea.

A second goal in as many League Cup starts came Origi’s way against Derby County, with his excellent finish almost identical to the one he scored at Southampton in the same competition last season.

Having continued to warm the substitutes’ bench throughout the autumn, the 22-year-old was finally given a run of matches, due to an injury to Coutinho.

Best spell of the season

Origi’s best moment of the season at that point came in the 2-0 win at home to Sunderland – the game that saw Coutinho leave the field early.

It was the Belgian who replaced the Brazilian with 33 minutes on the clock, and he made himself a hero on an afternoon that proved frustrating for long periods.

With time running out and Liverpool looking like dropping points at home to the league’s worst team, Origi curled home from the left-hand side in front the Kop, sending Anfield wild.

It seemed to act as a confidence-boost to the striker, who then went on a very productive run of form in front of goal.

He wrapped things up in the League Cup victory over Leeds United, before his stunning finish from a tight angle put the Reds 2-0 up at Bournemouth.

Klopp’s men may have lost 4-3 in depressing fashion, but that should take nothing away from the brilliance of Origi’s goal.

He made it four in as many matches in the disappointing 2-2 draw with West Ham, and for good measure, he scored in a fifth consecutive game at Middlesbrough. Origi’s display at the Riverside Stadium was one of his best of the season.

Unfortunately, that pre-Christmas run would end up being the high point of the Belgium international’s season. In fairness to Origi, almost every Liverpool player fell off a cliff in the early months of 2017, but his form felt particularly frustrating.

Having not had too much football under his belt he was fresher than most, and with no Coutinho or Mane in the picture, he had a wonderful chance to impress Klopp.

After his goal at Boro on December 14, he scored just once up until the end of March – a late consolation in the FA Cup defeat to Wolves in January.

Not only had his prowess in front of goal deserted him, but he was too often a static figure up front, losing possession too easily and blunting an attack that had looked so magnificent without him.

In January, February and March, Origi had just one performance that was given higher than 6.5/10 in our post-match player ratings, which is telling.

In the final couple of months of the season, there were moments to shout about here and there, but he was still a far cry from the player we had witnessed score both home and away against Borussia Dortmund a year earlier.

A good strike at home to Everton helped kill of Liverpool’s Merseyside rivals, and he also nodded home against Bournemouth and poached a late effort in the 4-0 thrashing of West Ham earlier this month.

Eleven goals for the season should never be ignored, especially with 22 of his 43 appearances coming from the bench, but they masked some limp performances.

In a season that saw many Liverpool players improve, Origi went backwards. It is common knowledge that Klopp is set to spend big this summer, and competition for places mean Origi really needs to find another level.

At 22, he is fortunate that time is still on his side, but youth can only be used as an excuse for so long. The likes of Harry Kane and Romelu Lukaku are of a similar age, at the end of the day.

With Firmino a favourite of Klopp’s, Sturridge potentially sticking around and a new striker likely to come in, Origi has a right to feel concerned.

That being said, he remains a player with many things in his locker to become a top striker one day, and selling him would be a mistake.

A squad role next season makes sense – even a loan move to somewhere like Rafa Benitez’s Newcastle isn’t the worst idea – as he looks to overcome a disappointing campaign.

Best Moment: The goal against Bournemouth