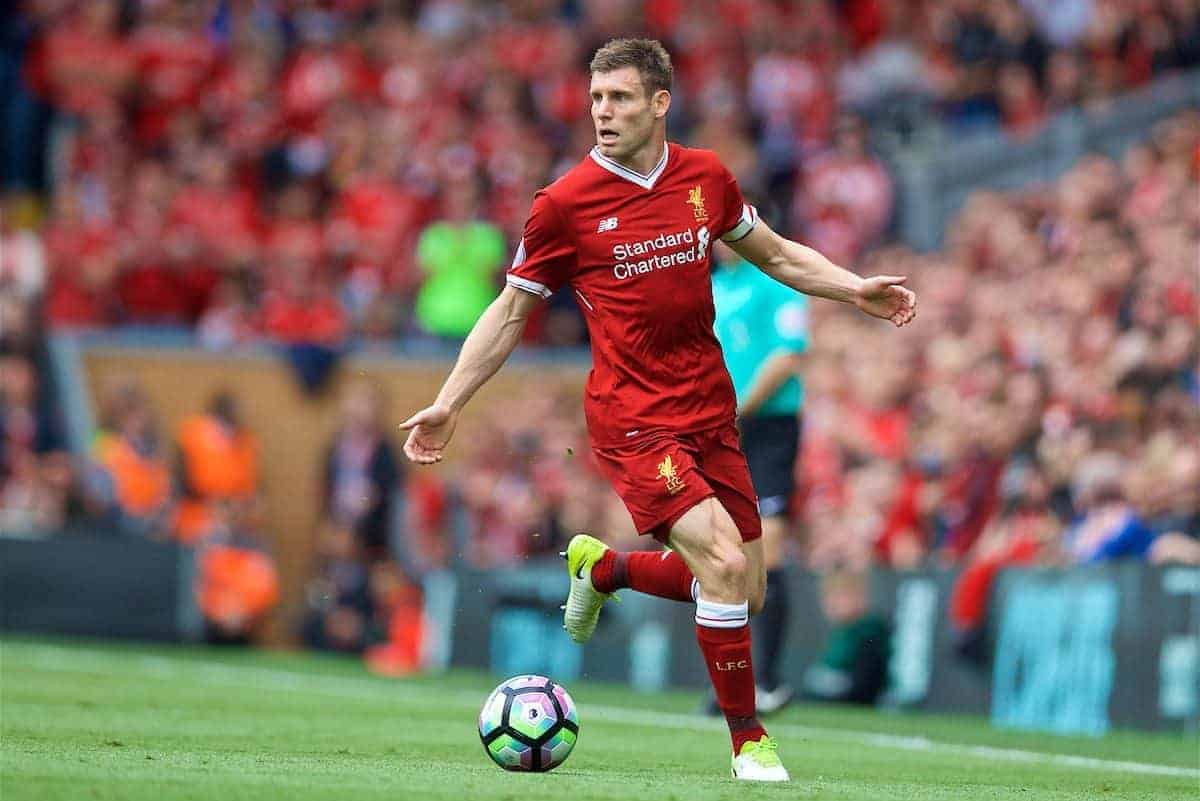 Liverpool vice-captain James Milner admits qualifying for the Champions League is only a step in their development and the most important thing now is to start winning trophies.

A top-four finish, which puts the Reds into an August play-off to reach Europe’s elite club competition outright, was the minimum requirement at the start of the season after only one previous appearance in the last seven years.

However, Milner went through a similar process with Manchester City and while he accepts making the Champions League represents progress, he insists the biggest strides are made by winning silverware.

Jurgen Klopp‘s side came close twice during the 2015/16 season, losing out in the EFL and Europa League finals, and Milner believes a top-four finish should give them the platform on which to build.

“It is not easy to be in the Champions League – think of the teams who are not in it now,” he said.

“It’s alright saying you should be in it, get in the top four, but there are a lot of quality teams fighting for it and in and around it and we have managed to achieve that.

“Personally the biggest thing for us at City was winning the FA Cup: getting that first trophy under our belt, winning something, giving you that belief.

“Champions League was a step along the way. Last year we came close (to a trophy) but couldn’t get over the line. But playing in those sort of occasions and in those big games is important.

“It’s exciting times for the football club and that is something I wanted to be part of when I came here. “Hopefully now we can stick a few trophies in the cabinet. That is the next step.”

Having shown scintillating form in the first half of the season, which briefly raised the prospect of an unlikely title challenge, Liverpool struggled from the turn of the year but eventually got themselves over the line with a final-day win over Middlesbrough.

The Reds regularly came unstuck against bottom-half sides who defended deep and tried to frustrate but, strangely, playing in the Champions League may actually be easier for the players as fewer teams will come to Anfield with ultra-cautious tactics. That, in turn, may have a positive effect on their domestic form.

“We have proved we can beat big teams in big games, definitely, but it’s about keeping the consistency against those teams that come here and sit back. It’s about finding a way to win,” added the 31-year-old.

“Obviously the bigger the games you play and the bigger the competitions the more we are going to improve as a team. It’s about putting yourselves in those situations.

“This season we have improved. Last year there was good and bad. Most of the games this year even though we have lost points, we have dominated games.

“Last year we were more Jekyll and Hyde – we could be brilliant one week and terrible the next.

“This year we have dominated possession and made steps forward, winning at tough places like West Brom and Stoke.

“That is another side to our squad. It’s a young squad and the average age is the second-youngest in the Premier League, which is another positive – although maybe not for me because it makes me feel a lot older.

“The longer we are together it is better and I am sure there will be more new faces in the summer.” A new left-back is on Klopp’s list of targets after Milner, a right-footed midfielder, deputised all season. The former England international has performed his role without complaint but it is no secret he would rather play in midfield – part of the reason he left City for Anfield was in the belief he would be deployed more centrally.

“Probably a question for the manager,” was the player’s response when asked whether he would continue in defence.

“I am a Liverpool player and want to be contributing as much as I can for the football club.

“I proved this year I will play wherever the manager wants me to play. It’s up to him.”