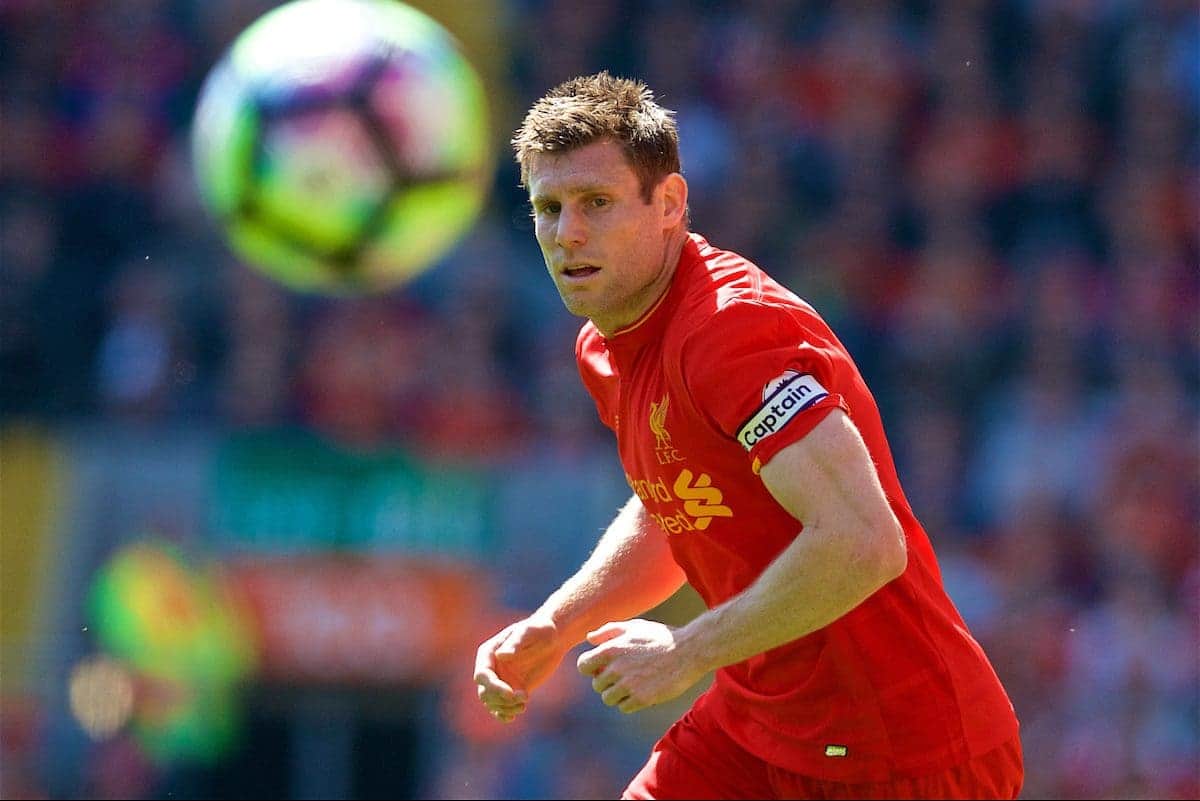 James Milner apologised to his team-mates after his penalty miss against Southampton cost Liverpool victory and left their Champions League hopes out of their hands.

Fraser Forster had a word in his England team-mate’s ear before saving the spot-kick midway through the second half of the 0-0 Premier League draw at Anfield, but Milner insisted that had not played a part and took responsibility for the dropped points.

“I’ve been around long enough not to let that worry me,” he said on Sky Sports 1.

“I did what I wanted to do—obviously it was not good enough on this occasion.

“Fraser’s a good ‘keeper. I can’t do any more than hold my hands up and apologise to the boys.

“They’re a tough team to break down. The pitch was a bit sticky at times so it was hard to move it as fast as we like.

“We didn’t play as well as we would have liked. Again, we have to take responsibility for that.

“With these games, we knew what we had to do and we haven’t done it. But you can’t create more chances than have a penalty—ultimately that was the big chance and it wasn’t taken.

“There are two games left—we have to go and win them and see if that’s good enough.”

Reds boss Jurgen Klopp felt there was only ever going to be one winner, with Saints having adopted a defensive approach, but vowed the setback would not stop his side giving their all in their final two games – at West Ham and at home to Middlesbrough.

“We had a hard job to do, to play against 10 deep-defending Southampton players,” the German said.

“We had our moments. You need to have a little bit of luck. We should have done, of course, a few things better.

“It’s a point more. It doesn’t feel in this moment like a point more, but it is. Now we’re 70 (points), and if anybody thinks our season is finished…

“We all have to play our games and we will play our games. We will prepare for West Ham and we go there and try everything to get the points. That’s all.”