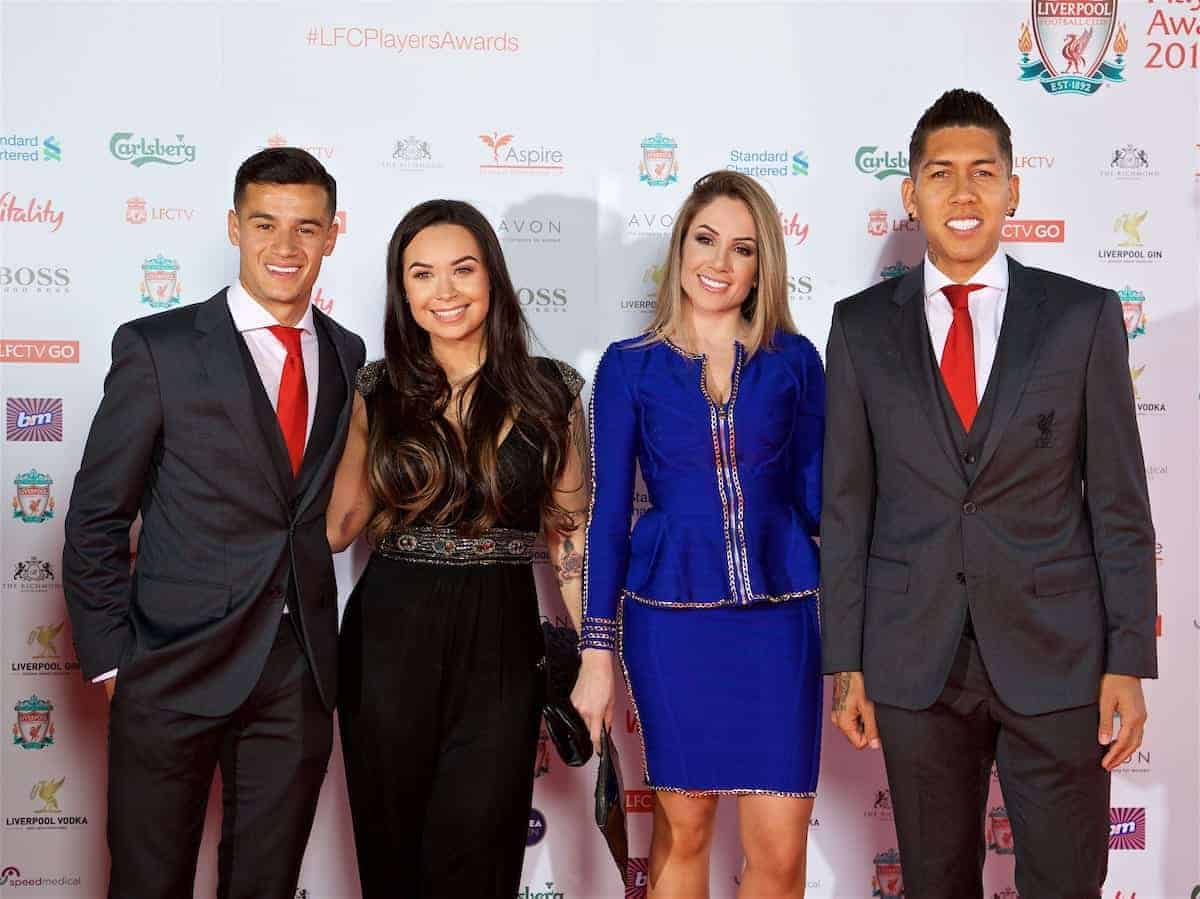 It’s the Liverpool FC Awards Night at Anfield this evening, with former players and the current squad in attendance.

As the 2016/17 season draws to a close, it’s time for us to find out who has won the various Player of the Year awards at Anfield.

The ceremony, taking place inside Anfield’s new Main Stand on Tuesday evening, will see Jurgen Klopp and his players present, as well as some former Reds favourites.

Ex-Liverpool trio Patrik Berger, Phil Thompson and Vladimir Smicer were three early arrivals – “Thommo” may have been shown up in the looks department a little! Klopp wasn’t too far behind, with the manager looking typically laid-back in front of the cameras. Philippe Coutinho is expected to win the main gong for the third season in a row, and he and Roberto Firmino were joined on the red carpet by their partners. Dejan Lovren, Marko Grujic, Loris Karius and Emre Can resembled a group of actors auditioning for the role of James Bond. Gini Wijnaldum, Nathaniel Clyne and Divock Origi posed alongside one another, in a photo that left you realising what a towering presence the striker is. Daniel Sturridge will be hoping for a start at West Ham on Sunday, following some good recent cameos, and he looked in good spirits at Anfield. LFC Ladies were in attendance, following a strong start to the season that has seen them top the FA Women’s Super League Spring Series table.