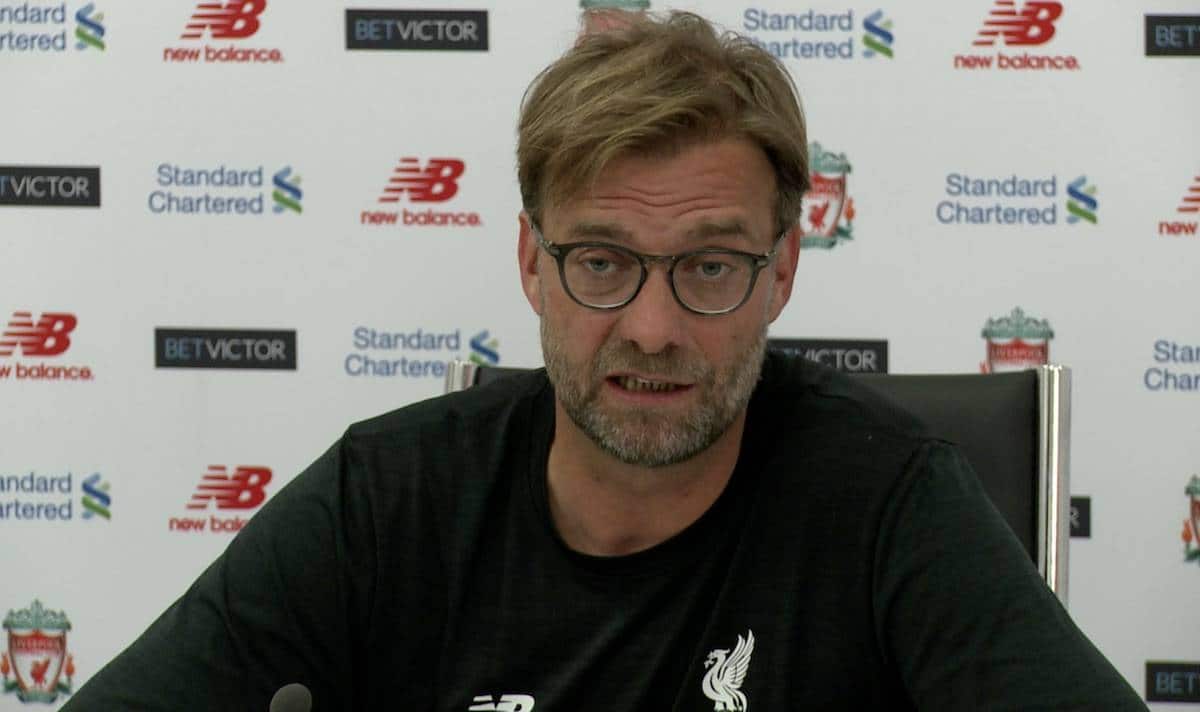 The Reds take on the Saints for the fourth time this season, having failed to seal victory over Claude Puel’s side in either the league or the League Cup so far.

With just three games left to play before the end of the campaign, and Liverpool still not having secured a top-four finish, three points at Anfield are essential.

As he continues preparations for the weekend, Klopp held his pre-match press conference on Friday, taking a confident view ahead of Sunday.

The German discussed the fitness of his squad, saying he was “rather positive” about Philippe Coutinho‘s recovery, while continuing to rule out captain Jordan Henderson.

Klopp was also full of praise for Emre Can, and discussed the midfielder’s contract situation, while Lucas Leiva and Daniel Sturridge were also in the spotlight.

He stressed that Liverpool would continue to focus on their defensive efforts at this crucial stage of the season, not relying on results around them.

But two of the Reds’ top-four rivals, Man United and Arsenal, face off later on Sunday afternoon, and Klopp will be eager for his side to win at all costs to keep up the pressure at the top.