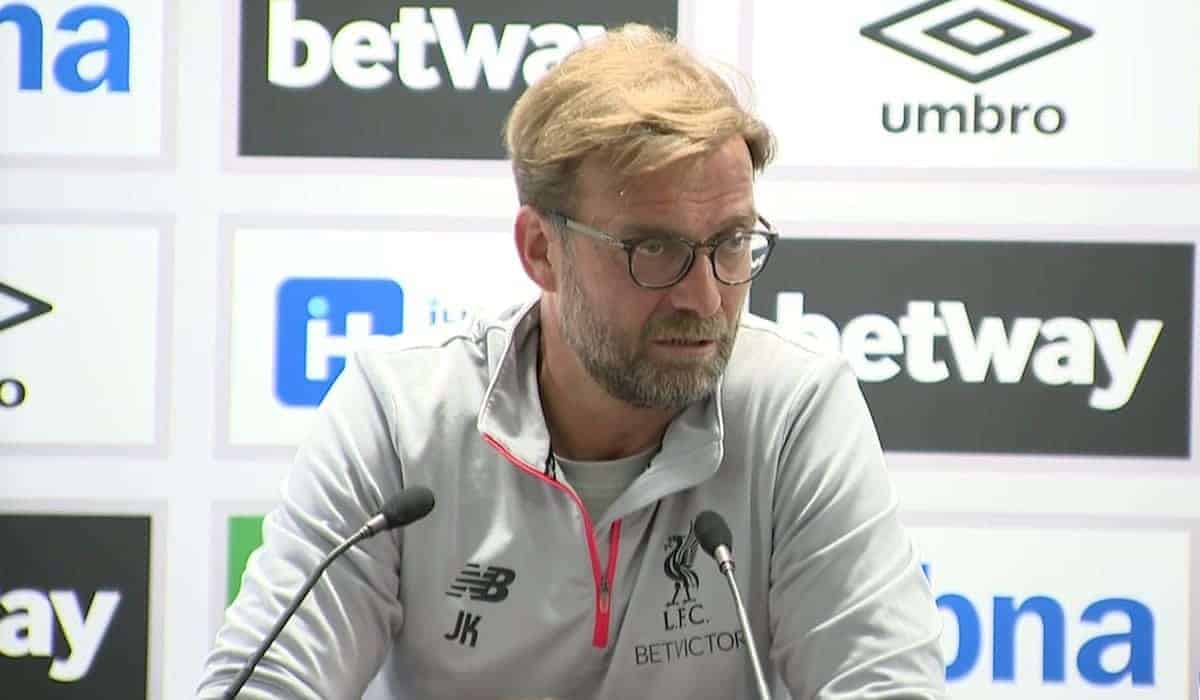 Watch Jurgen Klopp reflect on Liverpool’s vital win against West Ham in the final away game of the 2016/17 season.

Klopp was therefore understandably happy with his side’s performance, describing the Reds’ domination as “a perfect afternoon.”

The boss fielded questions on Coutinho’s role in midfield, Sturridge’s return to the side, and the final game of the season next week against Middlesbrough.

Klopp also updated on the fitness of Roberto Firmino, with the Brazilian set to return to the squad next week.