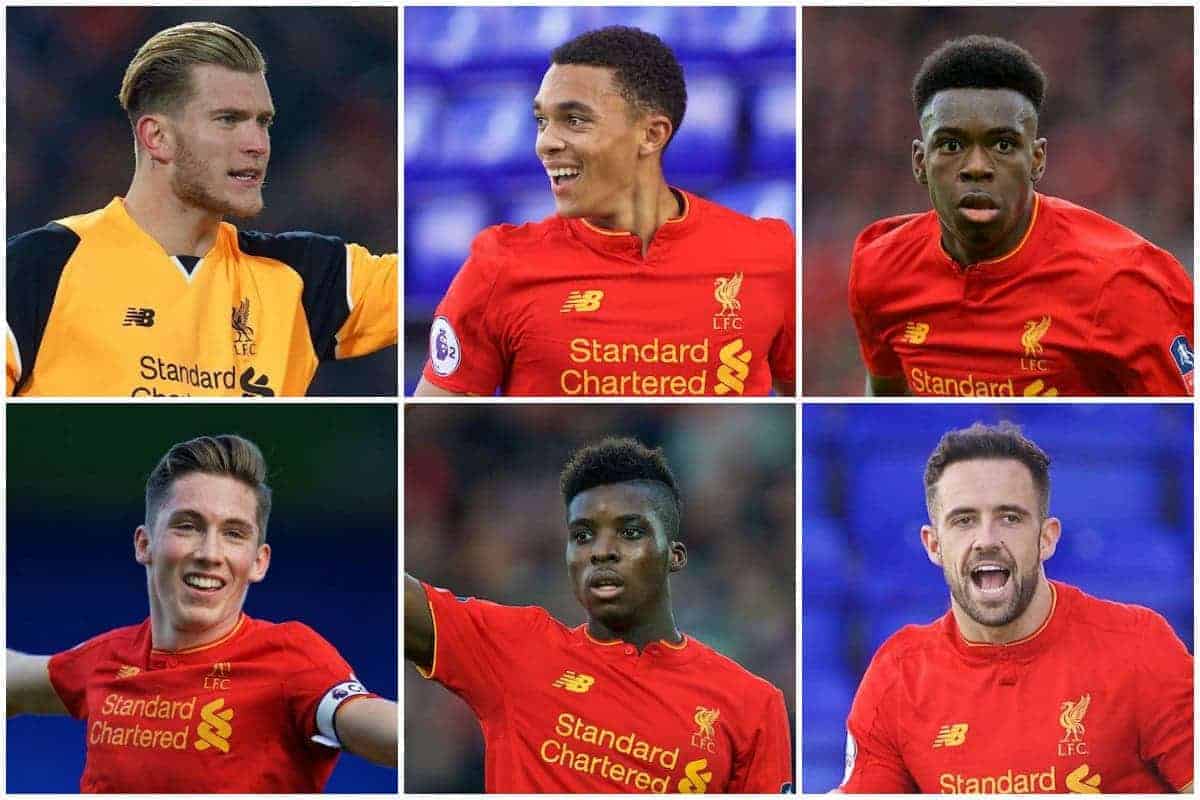 With Liverpool set to begin their pre-season schedule in July, a host of youngsters and peripheral figures can hope to impress Jurgen Klopp.

The Reds return to Melwood at the beginning of the month, before embarking on an eight-game warmup jaunt that begins in Tranmere on July 12.

Klopp’s side will play another domestic friendly against Wigan Athletic on July 14, before heading to Hong Kong for the Premier League Asia Trophy (July 19 and 22).

They will then travel to Germany for a training camp, as well as clashes with Hertha Berlin (July 29), Bayern Munich (August 1) and either Atletico Madrid or Napoli (August 2).

Finally, Liverpool round off their pre-season against Athletic Bilbao at Dublin’s Aviva Stadium (August 5), before beginning the campaign away to Watford (August 12).

This schedule will provide a number of players the chance to shine, and here are 12 who could hope to catch Klopp’s eye. Karius will have been disappointed with his diminished role at Anfield last season, having initially arrived as Klopp’s new first-choice goalkeeper.

Removed from the limelight after a maelstrom of overzealous criticism, Karius lost his place to Simon Mignolet, who went from strength to strength in the second half of the campaign.

It would be strange for Klopp to have reneged on such a bold call to sign Karius as his No. 1 so quickly, and pre-season could offer the 23-year-old a chance to reclaim his place. Another goalkeeper who will be hoping to make his mark over the summer is Ward, who has returned to Liverpool after a successful loan spell with Huddersfield Town.

The Wales international played a key role in the Terriers’ promotion charge, but with Klopp so far reluctant to allow him to join David Wagner’s side for another season, Ward is left in limbo.

Pre-season could determine where he spends 2017/18, and impressive displays in England, Hong Kong, Germany and Ireland could increase his prospects.

Like Ward, Gomez has been the subject of loan interest from clubs already this summer, with Brighton & Hove Albion, Bournemouth and Huddersfield all hoping to line up a deal.

But Klopp is eager to keep the 20-year-old on Merseyside, and Gomez turned down the chance to join up with England at the European U21 Championship to ensure he begins the season fully fit.

If he is to target a regular centre-back berth under Klopp next season, Gomez can strengthen his hand throughout pre-season. Alexander-Arnold will also be omitted from England duty this summer, sitting out the European U19 Championship in Georgia in July to focus on his progress at Liverpool.

This underlines his importance to Klopp’s squad, with the teenager set to continue as deputy to Nathaniel Clyne at right-back.

Despite being just 18 years old, Alexander-Arnold has already won the faith of his manager, and performances throughout pre-season can vindicated Klopp’s decision ahead of 2017/18. He is expected to take up a more regular midfield next season, however, and his year adjusting to life in England should benefit his transition into the senior setup at Liverpool.

Grujic could return late for pre-season, as he is currently with the Serbia squad at the U21 Euros, but should come back into the fold in time to prove his worth in the middle of the park.

Currently pencilled in to rejoin the Liverpool squad after six months on loan with Eredivisie side Go Ahead Eagles, Chirivella faces a decisive summer.

At 20, the Spaniard finds himself on the outside looking in, facing major competition for a place in Klopp’s midfield next season, despite impressing in the Netherlands in 2017.

If Chirivella is to secure a long-term role at Liverpool, his performances during pre-season could be pivotal—or he could face another loan spell next term.

Ejaria is in a similar situation to Grujic this summer, left to play catchup after a troubling ankle injury curtailed his progress in the Liverpool squad last season.

The 19-year-old played a role in England’s triumph at the U20 World Cup in South Korea, and will now return reinvigorated, and hoping to develop into a regular option in Klopp’s midfield.

Possessing all the attributes required to shine for the Reds, Ejaria can continue to make strides this pre-season. Despite scoring 28 goals for the Liverpool U23s and making his first-team debut in the FA Cup in January, nothing is seemingly set in stone for Wilson.

For all his progress both on and off the pitch, including captaining the U23s and regularly training at Melwood, the 20-year-old remains on the periphery, unable to break into Klopp’s plans.

Liverpool have already rejected an approach from Celtic for the Welshman, however, and pre-season could see Wilson finally cement his place at senior level.

Both injuries and a lack of form held Ojo back last season, but the 20-year-old proved his quality and potential with a key role for England at the U20 World Cup.

Even if Klopp secures the signings of Mohamed Salah and Alex Oxlade-Chamberlain, it can be argued that he would still benefit from another wide option, and Ojo would suit the role perfectly. Breaking through onto the senior stage alongside Alexander-Arnold and Ejaria last season, Woodburn is only likely to continue his ascent in 2017/18.

The 17-year-old made Klopp’s matchday squad on 17 occasions in the Premier League, with age no barrier for a player of his prodigious talent.

Provided the calf injury that forced him out of the Wales squad in June doesn’t persist, Woodburn can hope for more chances to impress throughout pre-season.

Ings was dealt a second crippling blow in as many seasons when he suffered another major knee injury in October, ruling him out for the rest of the 2016/17 campaign.

The 24-year-old has remained a dedicated presence at Melwood throughout his layoff, determined to stay in Klopp’s plans for the long term, and pre-season could see him compound this.

He is currently expected to return to the fold this summer, and as Adam Lallana attested in May, his involvement could be “like a new signing” for the Reds.

Liverpool’s first signing of the summer, Solanke’s free transfer deal came as something of a surprise—but his arrival as another high-potential forward will be welcomed.

Solanke was named Player of the Tournament at the U20 World Cup, but the role he will play under Klopp next season remains unclear.