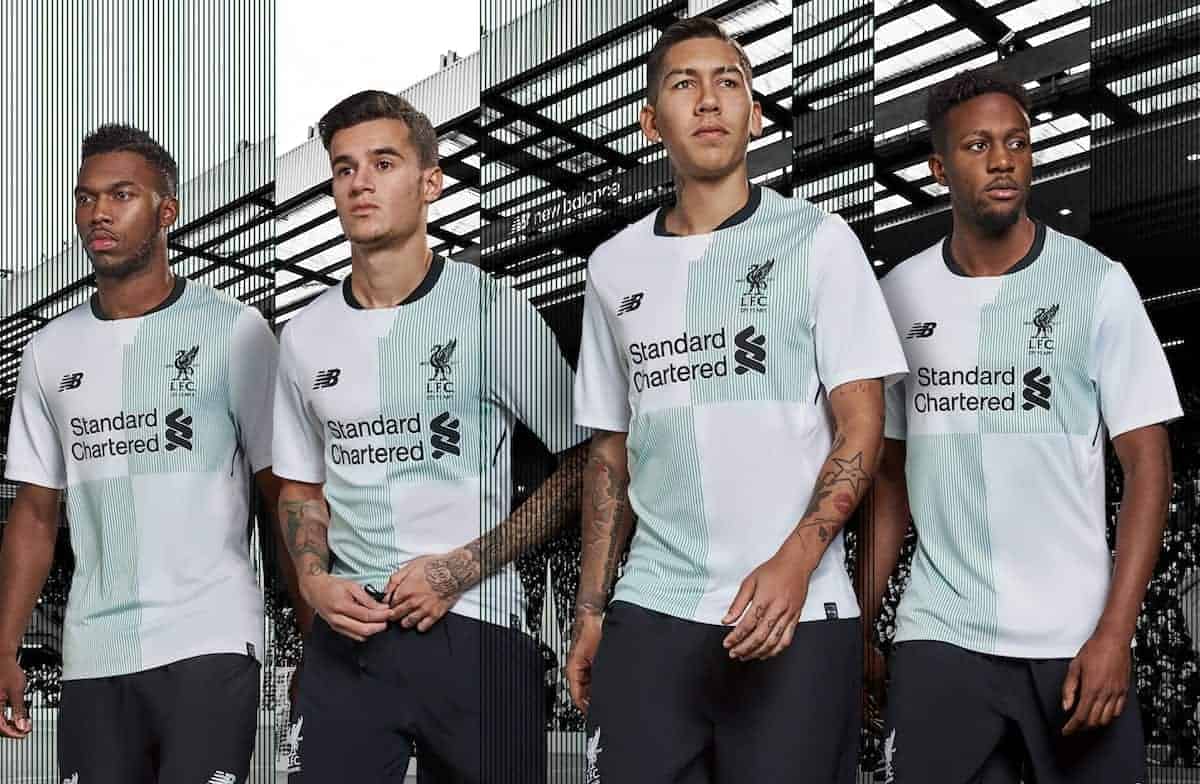 Liverpool have officially revealed their new away kit for the 2017/18 season, and supporters appear mixed on the design.

The New Balance strip celebrates 125 years of Liverpool Football Club, taking inspiration from the one worn all the way back in 1892.

The green and white pattern bears a slight resemblance to the kit worn by the Reds in 1995/96 – a season that saw them defeated by Man United in the FA Cup final.

? LFC have officially unveiled the new away kit for next season, inspired by the Reds' first ever kit from 1892.

Like everything Liverpool-related, there has been endless reaction to the unveiling on Friday, but not all of you are happy.

Here’s the best of the reaction.

Liverpool's new away kit being criticised – is is actually that terrible? Very few are IMO. Instant reactions to kits peculiarly extreme.

it's a good away kit, Brent

I quite like it. Personal preference for a retro shirt would be yellow/all white, but this is more than acceptable. https://t.co/sB63Z66cHi

Imagine how good it would have been had they revealed VVD in the new kit, out of the blue. @LFC home and away kits are quality for next season! I remember the original white and green kit it was one of my favourites #LFC

Anyway, these things improve with time.

When I first saw this… pic.twitter.com/LNpu6De7Ih

Easily the best kits NB/warrior have made for us by a long way. Home kit is the best we've had in a decade, & the away kit is nostalgic #LFC

I like the keeper kit. Karius could look suave in a bin bag though tbf. pic.twitter.com/8Xc4QBkreG

That #LFC away kit is growing on me. It’s nothing over the top or crass as with some of NBs previous away kits. Simple.

The kit is available from Saturday – the 125th anniversary of Liverpool FC.

* You can purchase the new away kit, or the home kit, from the official LFC shop here.

What do you think of the new kit? Let us know in the comments section.