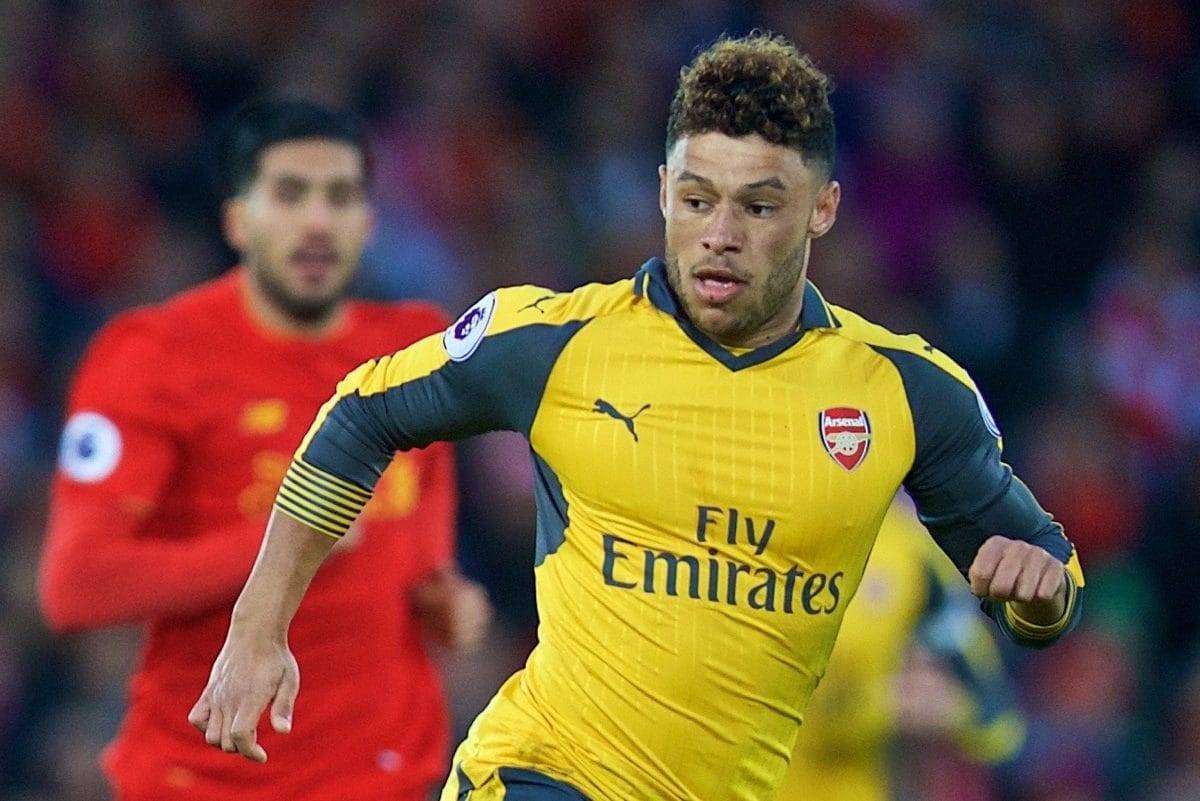 Liverpool are claimed to have approached Premier League rivals Arsenal to enquire as to the availability of summer target Alex Oxlade-Chamberlain.

Oxlade-Chamberlain is widely reported as one of Jurgen Klopp‘s targets for the current transfer window, with the 23-year-old in the final year of his contract with the Gunners.

Last week it was reported that Arsenal could opt to sell the versatile midfielder in order to fund big-money contract offers for Mesut Ozil and Alexis Sanchez.

And according to the Mirror, Liverpool have now made their interest official, sending the north London a “direct enquiry.”

This is said to have been rejected by Arsenal, but “they could be ready to sell” with contract talks with Oxlade-Chamberlain stalling earlier in the summer.

The Gunners reportedly value Oxlade-Chamberlain at £25 million, and both Man City and Chelsea are also credited with an interest in the 27-cap England international.

Oxlade-Chamberlain made 45 appearances in all competitions last season, scoring six goals and making 11 assists—his most productive campaign since joining the Gunners in 2011.

He also largely avoided injury, belying his reputation as a fragile young player who would merely cause Liverpool more problems.

Given his versatility and potential to develop, Oxlade-Chamberlain would be a fine addition to Klopp’s squad.

Quite where he would fit into Klopp’s first-team setup remains to be seen, with the German already having signed Mohamed Salah from AS Roma for £36.9 million.

Salah is set to line up on the opposite flank to Sadio Mane, with Oxlade-Chamberlain most regularly seen in a wide role for Arsenal.

Klopp is also hoping to sign RB Leipzig midfielder Naby Keita, earmarking the No. 8 for the 22-year-old Guinean, which would hinder Oxlade-Chamberlain’s prospects in the middle, too.

But for £25 million, he would be an excellent signing who would bolster Klopp’s options significantly.

And with Liverpool fighting on four fronts in 2017/18, and hopefully beyond, he will certainly enjoy considerable game time if he were to make the switch.