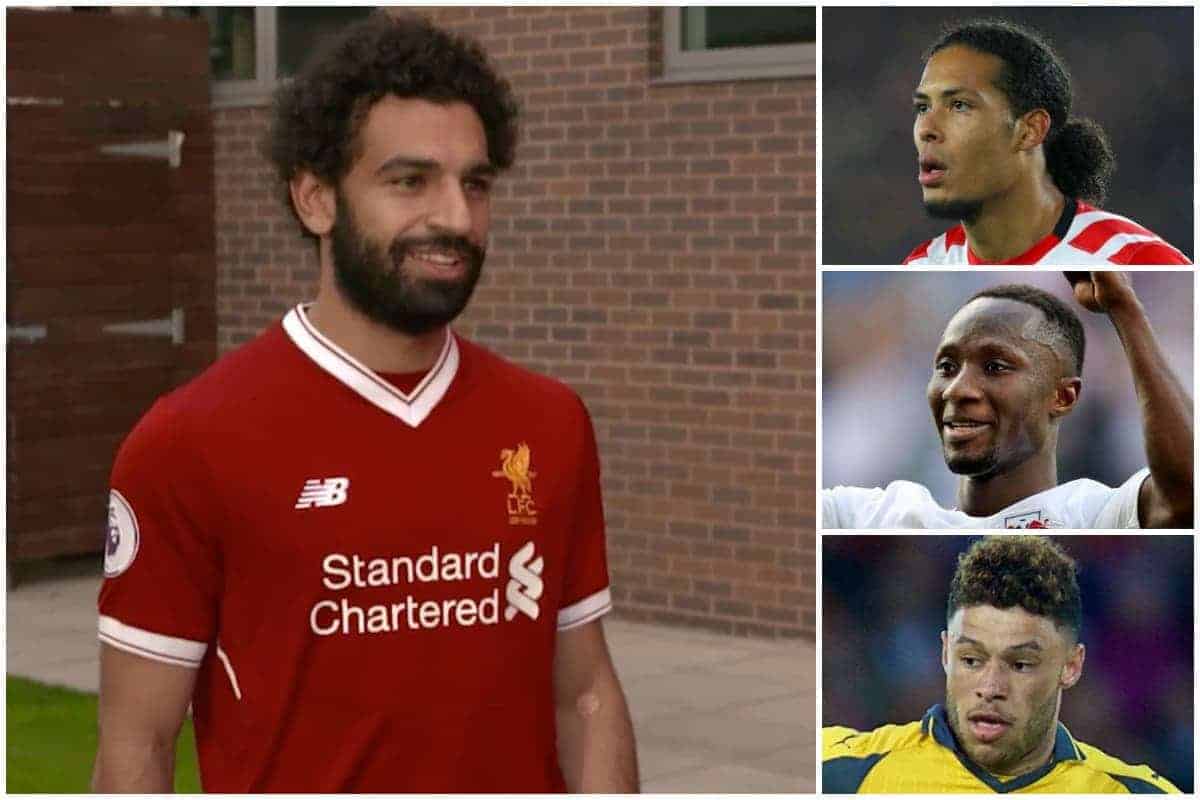 After the signing of Mohamed Salah from AS Roma, Liverpool manager Jurgen Klopp can now turn his attention to other areas in his squad.

Salah’s arrival has provided a welcome injection of renewed positivity on Merseyside, after a campaign that saw the Reds finish fourth in the Premier League.

The Egyptian is the first real statement signing of the summer for Klopp, who is eager to secure top-level quality as Liverpool prepare to return to Europe’s elite.

With a Champions League playoff clash to come in August, Klopp’s side are within 180 minutes of sealing their place in the tournament proper, and will head into their two-legged tie as favourites.

Having already broken their transfer record to secure Salah’s signature, paying Roma an initial £36.9 million, Liverpool can expect to continue the spending throughout the summer.

But who is next for the Reds, and what is on the horizon for the rest of the transfer window? It can be argued that signing Salah has solved Klopp’s depth issues out wide, with the new No. 11 complementing Sadio Mane on the opposite flank, and Philippe Coutinho, Adam Lallana and Sheyi Ojo as additional wide forward options.

But with Coutinho and Lallana expected to take up midfield roles next season, and speculation mounting over a possible loan move for Ojo, there is still scope for further reinforcement.

The 23-year-old is reportedly set to be culled this summer, as Arsene Wenger looks to balance the books ahead of two big contract offers for key duo Mesut Ozil and Alexis Sanchez.

If that is the case, and Oxlade-Chamberlain is available for around £25 million, it would be no surprise to see Lallana’s England team-mate follow Salah and Dominic Solanke through the Shankly Gates.

Such is Oxlade-Chamberlain’s flexibility it is equally reasonable to envisage the former Southampton youngster to take up a role in Klopp’s midfield when required.

But with the German seeking another body to add to his ranks in the middle of the park, he has set his ambitions higher, targeting RB Leipzig dynamo Naby Keita.

Keita was the star of Leipzig’s maiden campaign in the Bundesliga in 2016/17, scoring eight and assisting eight in 31 league games, despite playing a roving role in Ralph Hasenhuttl’s midfield.

The 22-year-old is the ideal signing for Klopp: sharp, swift, industrious, technically gifted, young and with a genuine cutting edge in the final third.

Unfortunately, that has not only made him a popular name in the transfer market, with Bayern Munich among those touted as suitors, but it has also reinforced Leipzig’s hardline stance over his future.

If a fee of over £50 million isn’t enough to prise Keita from the Red Bull Arena, Klopp may be forced to seek alternatives, with Lazio’s Sergej Milinkovic-Savic recently linked with the Reds.

Shoring up the centre of defence is arguably Klopp’s biggest priority, and despite an embarrassing climbdown from Liverpool earlier in June, Virgil van Dijk remains the prime candidate.

The Reds were forced to apologise to Southampton for their attempts to convince Van Dijk to move to Merseyside, but there are still murmurings of intent.

That no other centre-backs have been mentioned as possible targets for Klopp in the aftermath of the Van Dijk fiasco is particularly telling, and a renewed bid for the Dutchman can be expected.

It will still take careful negotiation with Southampton, but having named ex-Reds assistant Mauricio Pellegrino as their new manager, perhaps the Spaniard will do his counterpart a favour. There are other areas of concern within Klopp’s squad, namely at left-back, but with a move for Fulham teenager Ryan Sessegnon breaking down too, few concrete links have emerged since.

But any move to secure competition for first-choice left-back James Milner is likely to depend on Liverpool’s efforts to sell Alberto Moreno.

The Spaniard is among a host of familiar faces likely to depart this summer, along with Lucas Leiva, Mamadou Sakho and Kevin Stewart, while Ojo, Danny Ward and Joe Gomez could all leave on loan.

Beyond centre-back, left-back, midfield and further wide reinforcement, supporters can hope for one or two surprises as the window unfolds—with Monaco’s Kylian Mbappe optimistically linked.

With a new pitch being laid, a new CEO finding his bearings and the Reds set to embark on their first Champions League voyage in three years, there is plenty of cause for positivity at Anfield.

Salah is the first piece of the jigsaw, and supporters can hope for more to come for Klopp’s Liverpool.