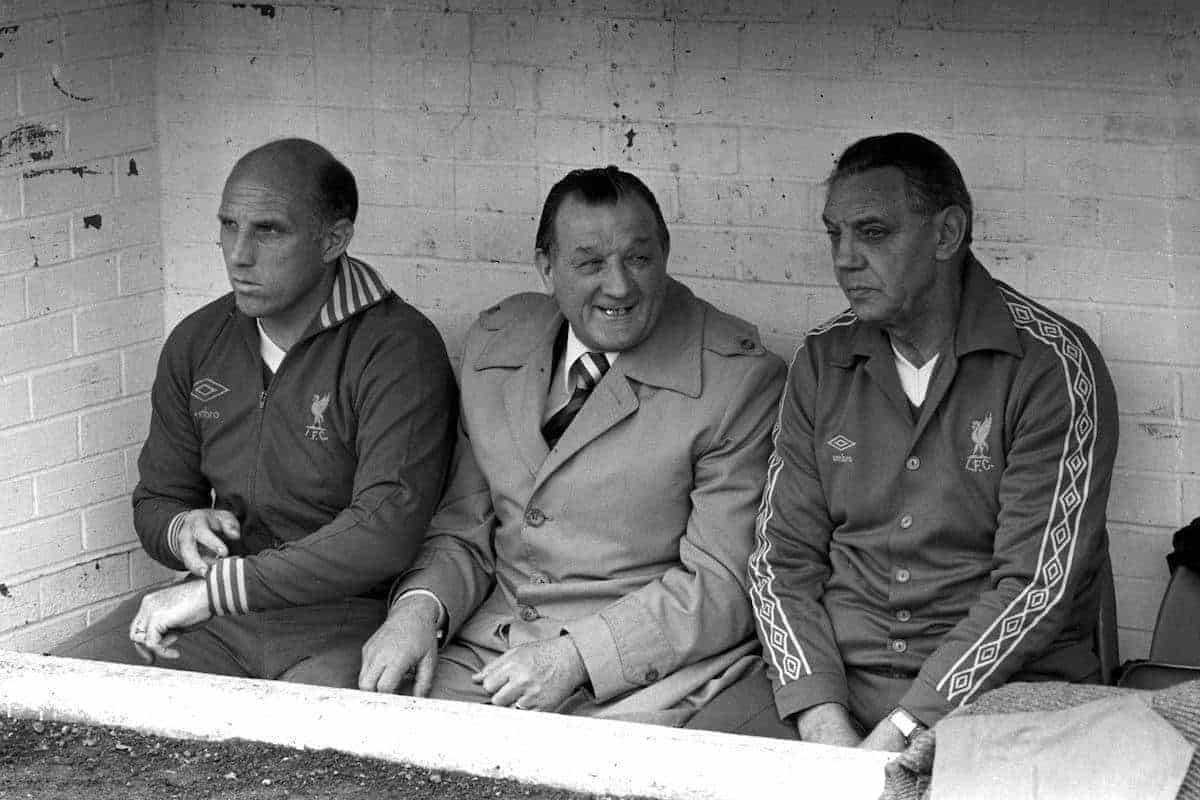 We take a look back over some of the best photos of the beginning of Liverpool FC’s era of dominance, the hugely successful 1970s.

The decade began, however, with the departure of one of Liverpool’s standout players of the 1960s, with Ron Yeats leaving for Tranmere Rovers in 1971, after picking up seven major honours. That year also saw the arrival of one of the club’s icons of the 1970s, with a 20-year-old Kevin Keegan arriving from Scunthorpe United for just £35,000.

Shankly saw his formidable Reds go on to win their first league title of the decade in 1972/73, with Keegan joint-top goalscorer for the campaign, tied with John Toshack on 13. The legendary manager’s last trophy came with the FA Cup in 1974, with a Keegan brace and a 74th-minute effort from Steve Heighway sealing a 3-0 victory over Newcastle United. A stalwart of Shankly’s reign, goalkeeper Ray Clemence was one of the Liverpool’s enduring figures throughout the 1970s, having sealed his key status following his move from Scunthorpe in 1967. Toxteth lad Ian Callaghan arrived before Clemence, playing 857 times for the Reds before leaving in 1978, as a bona fide club legend.

Shankly’s successor was Paisley, with the former Reds left-half stepping up from his role as assistant manager to take the reins and lead Liverpool into their most successful period in history. One of Paisley’s standout moments came in 1977, on the road to the European Cup final, when 20-year-old supersub David Fairclough etched his name in history with a late aggregate winner against St Etienne in the quarter-finals.

Liverpool went on to win the European Cup that year, with Terry McDermott, Tommy Smith and Phil Neal securing a 3-1 victory over Borussia Monchengladbach at the Stadio Olimpico in Rome. That summer brought in a big change for the Reds, with Kevin Keegan leaving for Hamburger SV to fulfil his dream of playing abroad—though his replacement wasn’t all too bad… With Kenny Dalglish installed as Liverpool’s new No. 7, the Reds went on to achieve back-to-back European Cup success by beating Club Brugge at Wembley, with the Scot’s decisive strike setting the course for the ensuing 1980s.