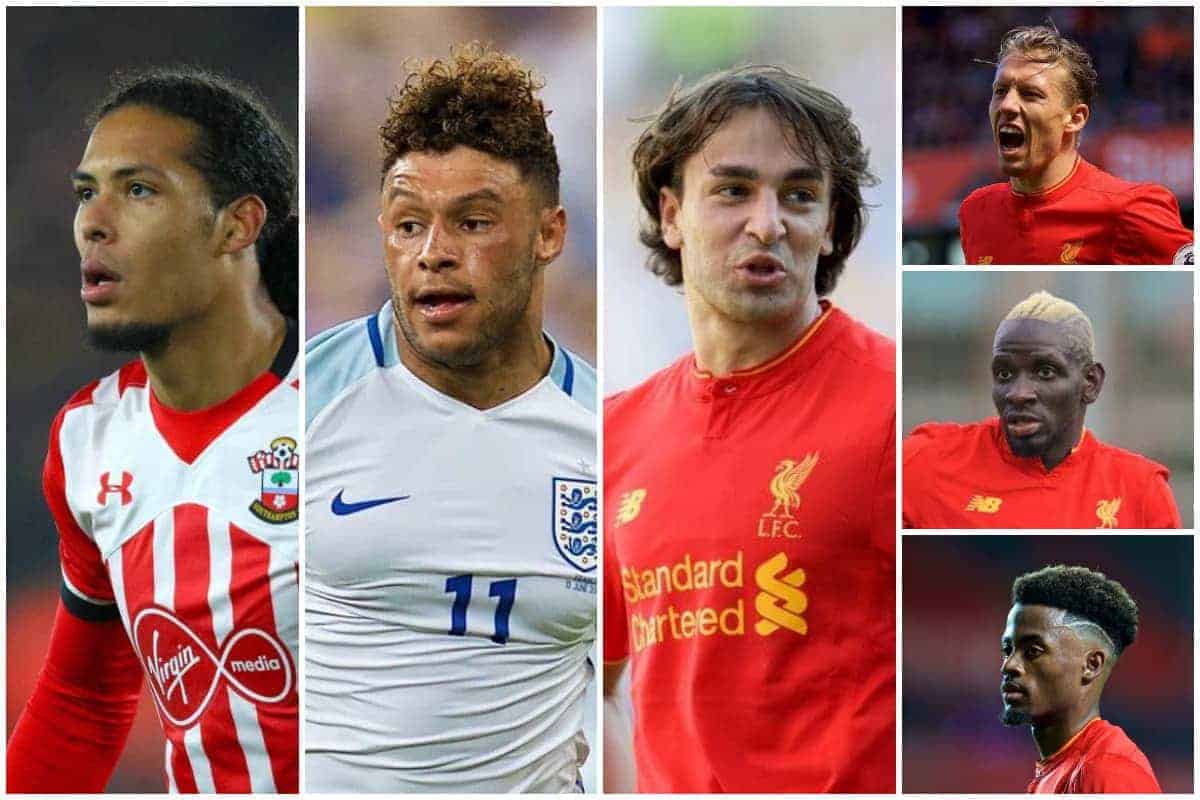 Rounding up the latest Reds’ transfer news and reports on Tuesday.

Monday’s roundup saw a lifeline in a potential deal to sign Naby Keita from RB Leipzig, a revelation from Julian Brandt and more on the futures of nine of Jurgen Klopp‘s current players.

With two joining the Reds’ first-team squad and none departing so far this summer, there is plenty to come from Klopp in the transfer market.

As with reports that Keita would be eager to leave Leipzig, Liverpool’s pursuit of Southampton centre-back Virgil van Dijk was given a boost on Tuesday.

Following their public apology and the ending of their interest in the Netherlands defender, the Premier League has opted not to investigate into claims the Reds made an illegal approach for Van Dijk.

While the Telegraph‘s report doesn’t suggest Liverpool will return for the 25-year-old just yet, that they are effectively off the hook does open up the possibility.

Like Keita, Van Dijk is expected to cost £70 million this summer, but Klopp has clearly identified the duo as his key targets.

Another possible arrival this summer is Arsenal midfielder Alex Oxlade-Chamberlain, and according to the Mirror on Monday night the Reds have made an enquiry for the 23-year-old.

These claims were refuted by Goal’s Melissa Reddy, however, but with Oxlade-Chamberlain in the final year of his contract and seemingly not set to extend his terms, he could still move.

A £25 million offer is thought to be enough to secure the England international’s services this summer, which given the state of the market would still represent good value due to his calibre.

Oxlade-Chamberlain has previously stressed that he sees his future role in the middle of the park, and this is likely where Klopp would field him.

Meanwhile, the Reds could raise funds to sign Oxlade-Chamberlain, Van Dijk and Keita with the sales of some of Klopp’s peripheral figures.

But according to both the Mirror and the Hertfordshire Mercury, their previous asking price for exiled winger Lazar Markovic has dropped from £20 million to £12 million.

Watford, Zenit St. Petersburg and Galatasaray are all credited with an interest in the 23-year-old, who can consider himself hard done by having been given little chance to impress at Anfield.

It will be no surprise to see Markovic leave, however, and for £12 million new Watford manager Marco Silva could seal one of the Premier League‘s bargain signings of the summer.

Another player expected to leave Merseyside before the start of next season is long-serving midfielder Lucas Leiva, with former club Gremio already mooted as a possible destination.

But as Turkish outlet Fotomac have reported, Super Lig side Trabzonspor are considering a move for the veteran, too.

They are said to have given agent Ahmet Bulut permission to negotiate a possible deal on their behalf, with Klopp unlikely to stand in Lucas’ way if he opts to leave after 10 years.

Newcastle United and Brighton & Hove Albion are also believed to be interested.

Interest from Crystal Palace for out-of-favour centre-back Mamadou Sakho may be subsiding, however, following the arrival of new manager Frank de Boer.

Sakho made a major impact in his eight appearances on loan with the Eagles in the second half of last season, even earning a nomination for the club’s Player of the Season award.

But with Sam Allardyce leaving and De Boer appointed on Monday, his prospects of a £30 million move have decreased.

“He was certainly impressive and important last season, but we will look at what we need,” De Boer told reporters on his unveiling in South Norwood.

“First of all I need to see all the players and get a good opinion on them.

“I know a lot about the team, but it’s different when a new manager comes in. Already I have my opinion, but I need to see them live to see if my opinion changes.” Finally, there is some positive news in the form of a move for an ex-Liverpool academy prospect.

Madger Gomes, who joined the Reds from Villarreal in 2014 but struggled for form and fitness before being released earlier this summer, has signed a three-year deal with Leeds United.

Tom Brewitt, Kane Lewis, Jake Brimmer and Adam Phillips were also released but are yet to find new clubs, while Jack Dunn has already joined National League side Tranmere Rovers.