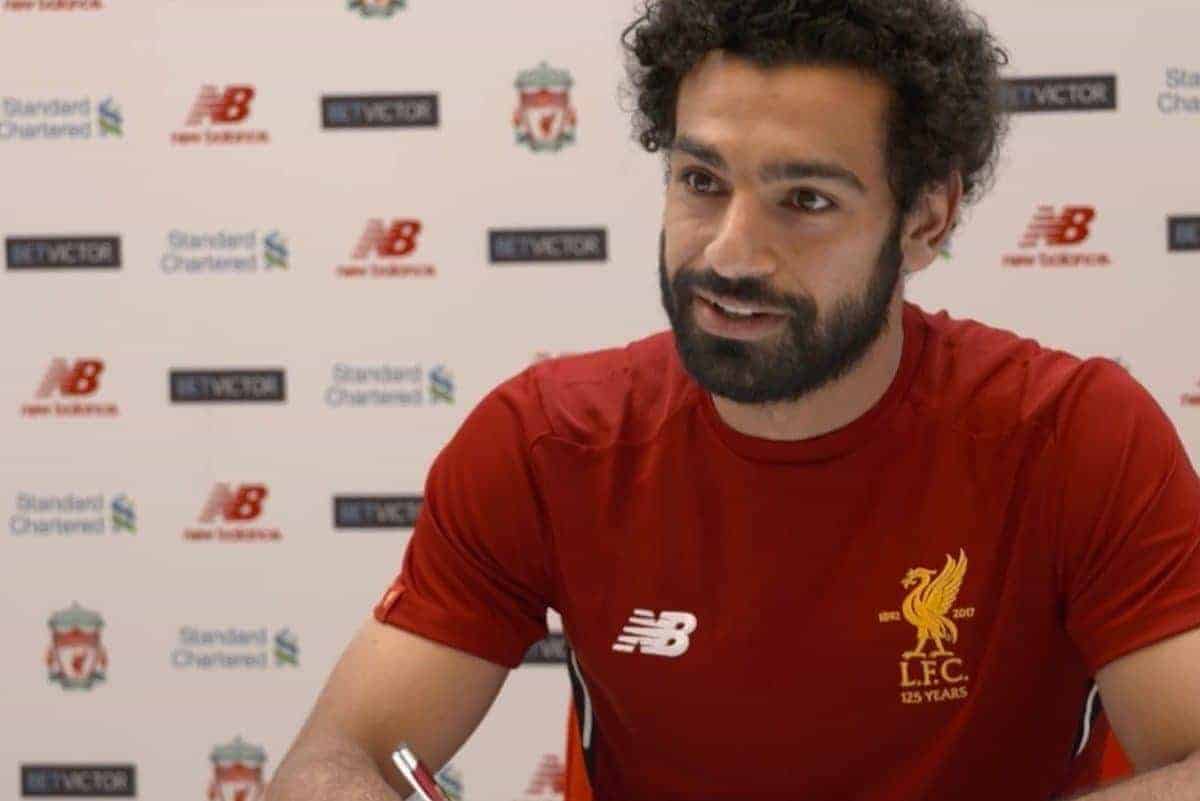 Shortly after securing his club-record move to Liverpool last week, Mohamed Salah sat down to answer a series of questions on his life.

The 25-year-old became Jurgen Klopp‘s second signing of the summer when he sealed his £36.9 million switch from AS Roma last week, following ex-Chelsea team-mate Dominic Solanke.

Salah will wear the No. 11 for the Reds, and is set to take up a key role in Klopp’s attacking line.

On his arrival on Merseyside, Salah took part in a Q&A released as part of a video package by the club, giving supporters a taste of their new winger.

The Egypt international comes across as a genuine, positive character, which will have been crucial to Klopp when considering a move this summer.

For Liverpool supporters, it will be Salah’s ambition to bring titles to Merseyside that is most important, as he explained at the end of the video.

“I always try to fight and win something for any club, so I hope I can do it here.” he said.

Having already lifted the Premier League title with Chelsea and the Swiss Super League trophy twice with Basel, Salah joins Liverpool with a winning mentality.

The Reds finished fourth in the English top flight last season but, fighting on four fronts in 2017/18, they will be hoping for more progress with Salah in the side.