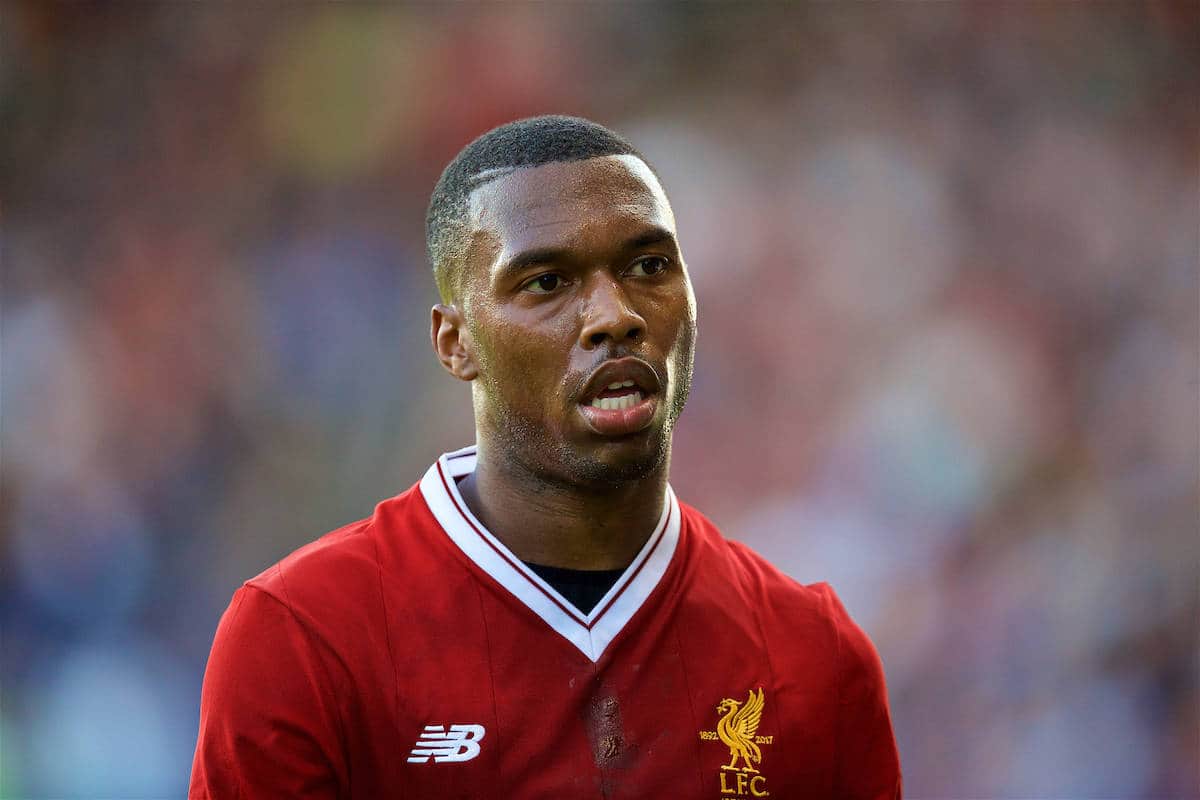 Daniel Sturridge believes he is “in the best shape possible,” as he prepares for his fifth full campaign with Liverpool during an intense pre-season.

The striker has struggled with fitness issues throughout his time with the Reds, with his last season largely unaffected coming in 2013/14.

Sturridge made 27 appearances in all competitions, scoring seven goals and assisting a further three, with speculation mounting over a summer departure.

But having spent the off-season in Los Angeles undergoing an individual training programme, the 27-year-old is determined to prove his fitness to Klopp.

“I worked individually over the summer, worked my socks off in LA on holiday. It was a good vibe, good to be getting those metres in the gym and those types of things,” he told LFCTV.

“Coming here and working with the gaffer and his team, and ensuring I’m in the best shape possible, is important for me going forward to help the team win trophies.

“I’m feeling good, I’m enjoying myself. I’m enjoying having banter with the boys and helping the new players settle in. It’s important.

“I was speaking to Phil [Coutinho]—we are probably two of the longest-serving players in this group. It’s funny to find ourselves in that situation. We were having a laugh about it.

“It’s our job to help the new players bed in and also to push ourselves to get to the next level. That’s the most important thing.

“The manager certainly tries to get every bit of juice out of the orange that he can. It’s a beautiful feeling.” Often during his Liverpool career, and particularly under Klopp, Sturridge has been forced to regularly miss training sessions as he manages his fitness.

This has not been the case this summer, with Klopp describing his No. 15 as being in “the best condition since I’ve been here.”

Sturridge went on to explain the Reds’ training regime in Hong Kong, underlining the hard work he is putting in to ensure he plays a big role in 2017/18.

“We did 1,000-metre runs. There were specific speeds for specific groups,” he continued.

“It’s a mental test pretty much; you get tired and you’ve just got to keep going, you’ve got your mates next to you. It’s difficult but it’s in the bank.

“It’s a constant battle with yourself—you’re in a boxing match in your head pretty much.

“Even if people are in different groups to you and they’re falling in behind, you’re pushing them on to catch up with the group they’re in as well.

“It’s a team effort even though it’s individual. It’s a mental battle getting round there but it’s important to get the kilometres in for the games.”

While it has become a cliche throughout his Liverpool career, having Sturridge back fully fit for this season would truly be like a new signing for Klopp.