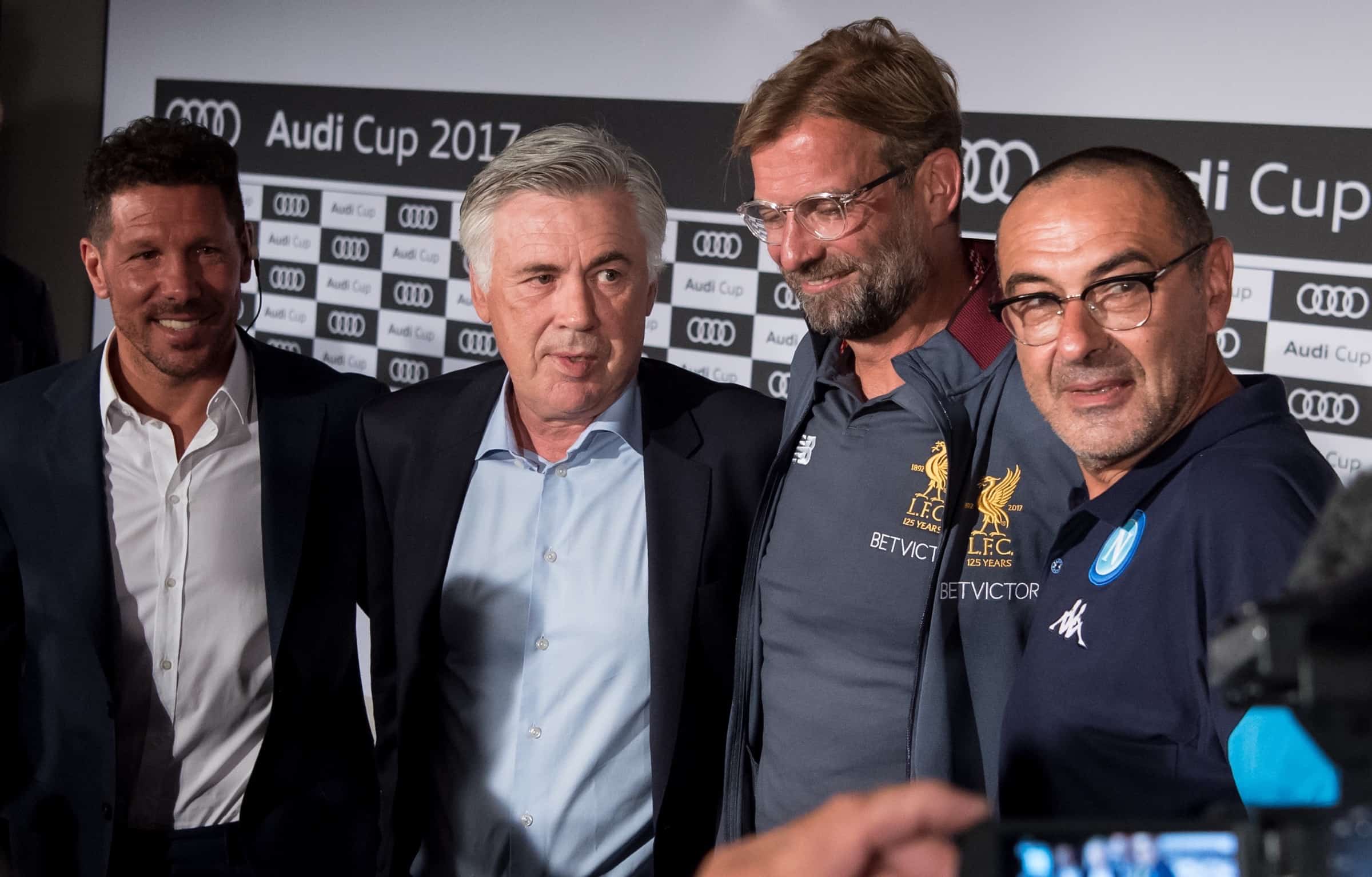 Liverpool take on a star-studded Bayern Munich side at the Allianz Arena on Tuesday, as the Reds look for a place in Wednesday’s Audi Cup final.

In terms of tough matches, this hasn’t been the most testing of summers for Liverpool, but that is about to change.

Jurgen Klopp‘s side are unbeaten in their five pre-season games to date, with Saturday’s 3-0 win over Hertha Berlin their latest triumph, but Tuesday’s battle with Bayern will be a real test of the Reds’ credentials.

Carlo Ancelotti’s team are one of world football’s most dominant forces, with world-class talent everywhere you look.

The fact that they also have home advantage makes it an even more daunting clash for Liverpool, but it is a friendly to savour.

This game should be seen as a positive outing, with the Merseysiders needing to test themselves against sides of Bayern’s ilk ahead of this season’s Champions League.

We will learn a lot more about Klopp’s players on Tuesday evening, whether it be their defensive capabilities, midfield options or attacking threat. Liverpool have several injury absentees ahead of the game.

Nathaniel Clyne is a certainty to miss the whole of the Audi Cup with a back problem, and he is also a doubt for the Reds’ Premier League opener at Watford on August 12.

This allows Trent Alexander-Arnold a chance to audition for a start at Vicarage Road, especially with Joe Gomez also sidelined.

Divock Origi is another who will play no part in Germany, due to a muscle issue, and Danny Ings is still not being rushed back.

James Milner has returned to full training after recovering from a thigh injury, so it is likely to be a toss-up between him and new signing Andrew Robertson as to who starts.

Along with Milner, Loris Karius and Dejan Lovren are also available for selection on Tuesday.

Jordan Henderson and Emre Can will tussle for the defensive midfield berth, with the duo both looking in promising form this summer, while Philippe Coutinho could feature in a deeper midfield role again.

Liverpool and Bayern are two of the most successful clubs in European history, with a total of 10 European Cups between them.

In total, the Reds have faced Bayern five times in competitive fixtures, with one win apiece and three draws.

The most famous match-up was a two-legged affair in the European Cup semi-final in 1981, with Bob Paisley’s men progressing on away goals.

They went on to win their third European Cup, beating Real Madrid 1-0 in the final.

As touched upon, this is a Bayern side with an embarrassment of riches from front to back.

There are household names wherever you look, with Manuel Neuer, David Alaba, Mats Hummels, Jerome Boateng, Arturo Vidal, Thiago, Arjen Robben, James Rodriguez, Thomas Muller and Robert Lewandowski among the best in the world in their respective positions.

Their boss isn’t too shabby either, with Ancelotti one of the most decorated managers of his generation. His opening season wasn’t seen as particularly impressive by Bayern standards, despite leading his side to the title.

Such are the expectation levels that exist at Germany’s biggest club, Ancelotti will only be deemed a success if he seals another Champions League crown during his tenure.

For UK visitors, the match is live on ITV4. It’s also available on LFC:TV.

Our matchday live blog will be running from 6:45pm, with the This Is Anfield team in Munich. Follow us on social media for more from the Allianz.