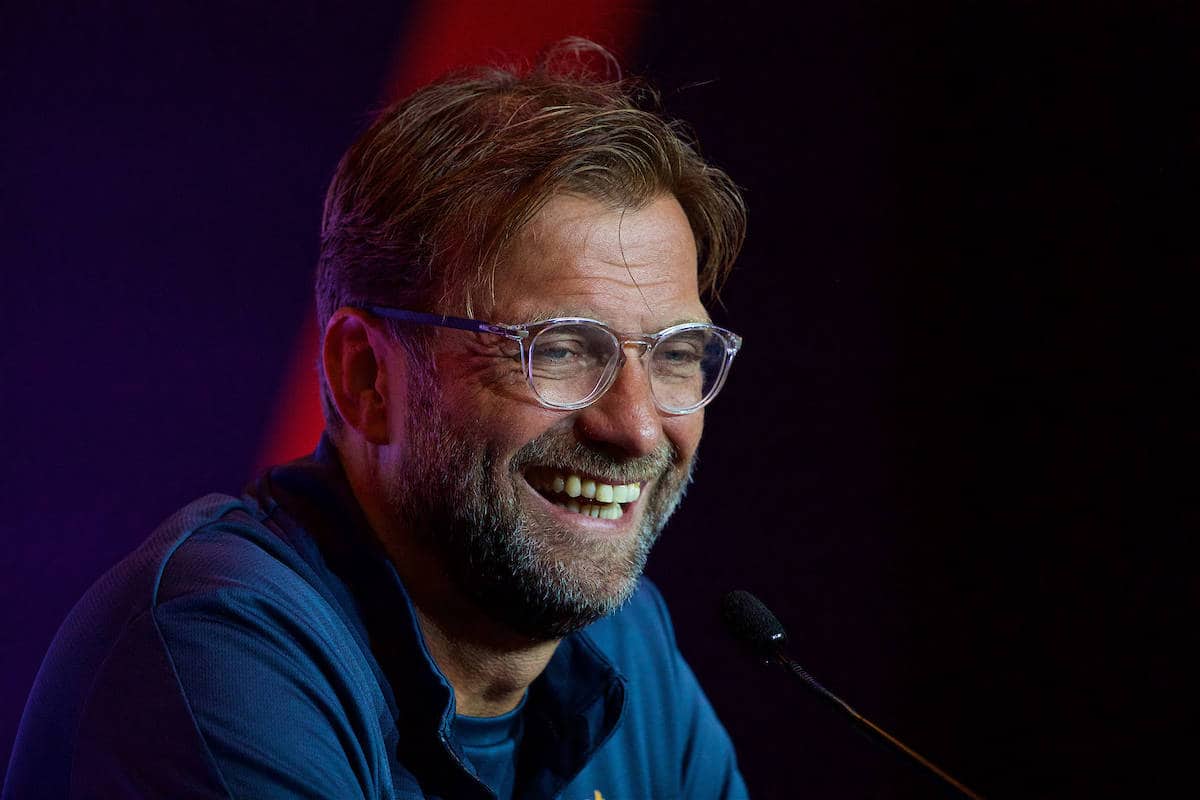 With the Africa Cup of Nations becoming a summer tournament in 2019, Jurgen Klopp believes the decision is a “fantastic” one for Liverpool.

The Confederation of African Football revealed a series of changes to the current structure of the AFCON, that was previously held biannually in January and February.

This will see the tournament played in June and July, every two years, with the amount of nations taking part increasing from 16 to 24.

Previously, clubs in Europe saw many of their key players depart for international duty midway through the season, with Sadio Mane a key example for Liverpool in 2016/17.

The winger joined up with the Senegal squad in Gabon in January, and the Reds subsequently suffered a drop in form, with Mane one of Klopp’s most important players last term.

Klopp’s issue could have been magnified following the signing of Egypt international Mohamed Salah from AS Roma, with the No. 11 set to play a key role for Liverpool.

Speaking on Friday, Klopp was asked if the AFCON’s move to the summer had an influence on his squad, with the German emphatic in his response.

“Yes, already: fantastic. When we signed Mo Salah we were already thinking ‘oh my god, we’ll lose both [him and Mane] in one-and-a-half years in the winter’,” he said.

“That obviously will not happen now, so that gives us two more players in winter in 2018/19, so that’s very good.” Salah has been in impressive form throughout pre-season so far, scoring in his first outing for the Reds away to Wigan Athletic, and playing 45 minutes in Wednesday’s 2-0 win over Crystal Palace.

Looking capable of slotting in and shining immediately this season, the 25-year-old can provide Klopp with a devastating attacking outlet to partner Mane.

Mane is yet to rejoin pre-season training following a long-term knee injury, but is set to link up with his team-mates on their return from Hong Kong next week.

It is likely that supporters’ first glimpse of Salah and Mane operating together will come during Liverpool’s tour of Germany, potentially against Hertha Berlin on July 29.

Between them last season, the African duo scored 32 goals and laid on a further 23 assists in 70 games for Liverpool and AS Roma, and hopefully they can replicate this output in 2017/18.

Their second campaign together will likely only see them improve further, and now without the burden of a mid-season tournament every two years, Klopp can look to build his side around his wingers.