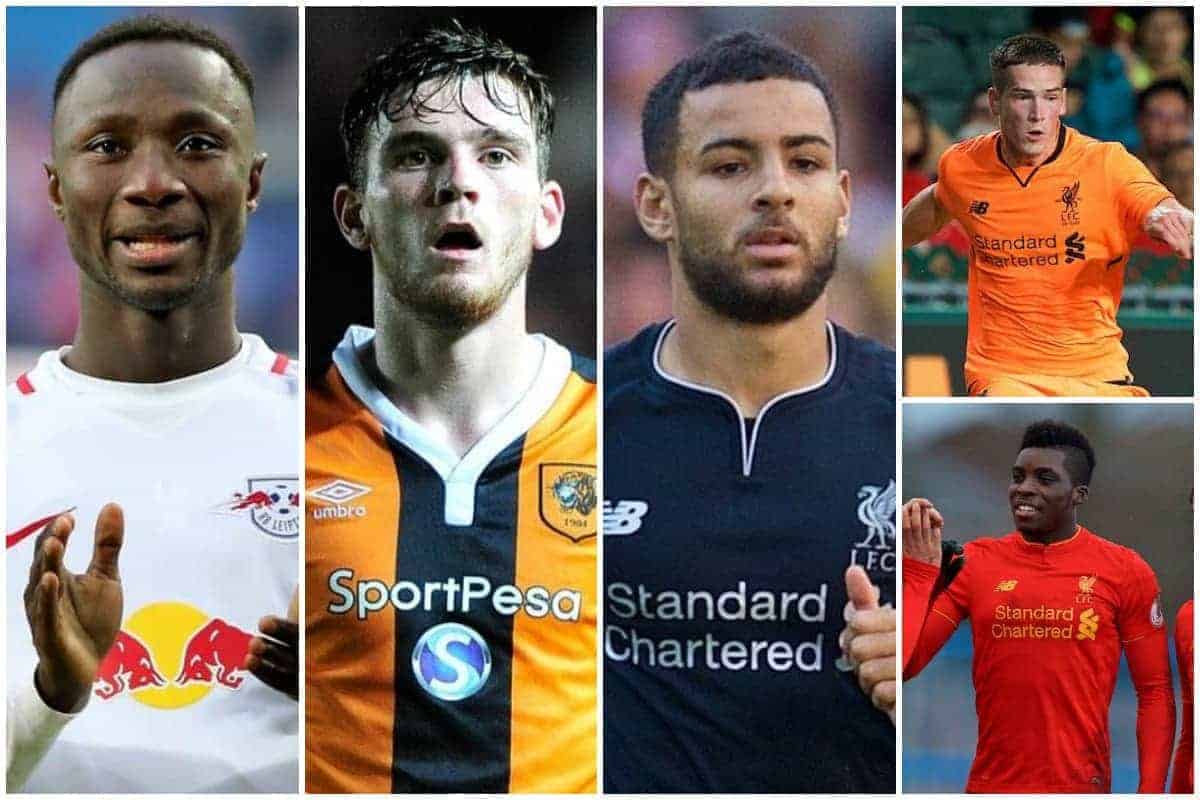 As Liverpool continue their pre-season preparations on the pitch, there have been major developments for the Reds in the summer transfer window.

Jurgen Klopp‘s side beat Crystal Palace 2-0 in the Premier League Asia Trophy on Wednesday afternoon, setting up a ‘final’ against Leicester City on Saturday.

The Reds are progressing nicely on the pitch this pre-season, but how are things shaping up off the field?

Here’s the latest Liverpool transfer news and rumours on a busy Wednesday.

After seeing their opening offer of around £57 million rejected last week, the Reds have seen an improved bid suffer a similar fate, with RB Leipzig turning down £66 million.

Furthermore, Leipzig owner Dietrich Mateschitz has underlined the club’s stance regarding the sale of key players this summer, saying “we do not sell players who are still under contract just to make a lot of money.”

Given Leipzig’s valuation was previously reported to be around £70 million, it seems increasingly unlikely that Liverpool will convince them to part ways with Keita.

Klopp is believed to have drawn up a list of alternatives, but it is far from an ideal situation.

Robertson Due For Reds Medical on Thursday

Liverpool have been successful in their pursuit of another of Klopp’s targets, however, with Hull City accepting an initial £8 million bid for left-back Andrew Robertson.

The 23-year-old left Hull’s pre-season training camp in Portugal on Monday, and is now booked in for a medical on Merseyside on Thursday.

Robertson would become the third player to join the Reds this summer, after Dominic Solanke and Mohamed Salah, and is likely to come in and challenge James Milner for the role of first choice.

The deal could rise to £10 million including add-ons, which in the current market is a reasonable fee for a promising young full-back.

He is likely to be announced as a Liverpool player by the end of the week.

Absent at the Hong Kong Stadium on Wednesday, it was reported in the early hours that Reds midfielder Kevin Stewart had returned to England.

This comes with Liverpool agreeing a deal worth up to £8 million with Hull, who are eager to bring Stewart to the KC Stadium this summer.

Stewart is now set to discuss terms with the Tigers, and is likely to make the move to replace Tom Huddlestone, who joined Derby County for £2 million at the end of last week.

The 23-year-old signed a new five-year contract in November, strengthening the Reds’ hand in the transfer market.

Leaving Anfield would benefit Stewart’s development, and for Liverpool, securing a fee of £8 million should be considered excellent business.

Kent to Mull Over 3 Loan Offers

Ryan Kent was in impressive form in the second half at the Hong Kong Stadium on Wednesday, but it seems that the 20-year-old won’t be part of Klopp’s squad for 2017/18.

According to BBC Radio Humberside’s Mike White, Liverpool have accepted season-long loan offers from Hull, Leeds United and another, as yet unknown, club.

This leaves the ball in Kent’s court, with the winger set to decide on his next move on his return from Hong Kong.

Kent spent last season on loan with Barnsley in the Championship, and is now ready to make the step up to a side battling for promotion to the Premier League.

Both Hull and Leeds would be suitable destinations for the youngster, who could still have a long-term future under Klopp.

Another winger who is likely to leave Anfield in a loan deal is Sheyi Ojo, with the youngster remaining on Merseyside while the Reds left for the Far East.

Ojo is the subject of considerable interest from Championship clubs, as well as newly promoted Newcastle United, and finds himself in a similar situation to Kent.

According to the Times‘ Paul Joyce, Liverpool have accepted an offer from Derby County, with the Rams joining Middlesbrough and Fulham in the race for the ex-MK Dons youth.

Newcastle are yet to agree terms with the Reds, and are unlikely to do so, with Klopp eager to secure regular first-team football for Ojo.

Fulham is arguably still the ideal move for the 20-year-old, who has previously spent time on loan with Wigan Athletic and Wolves.