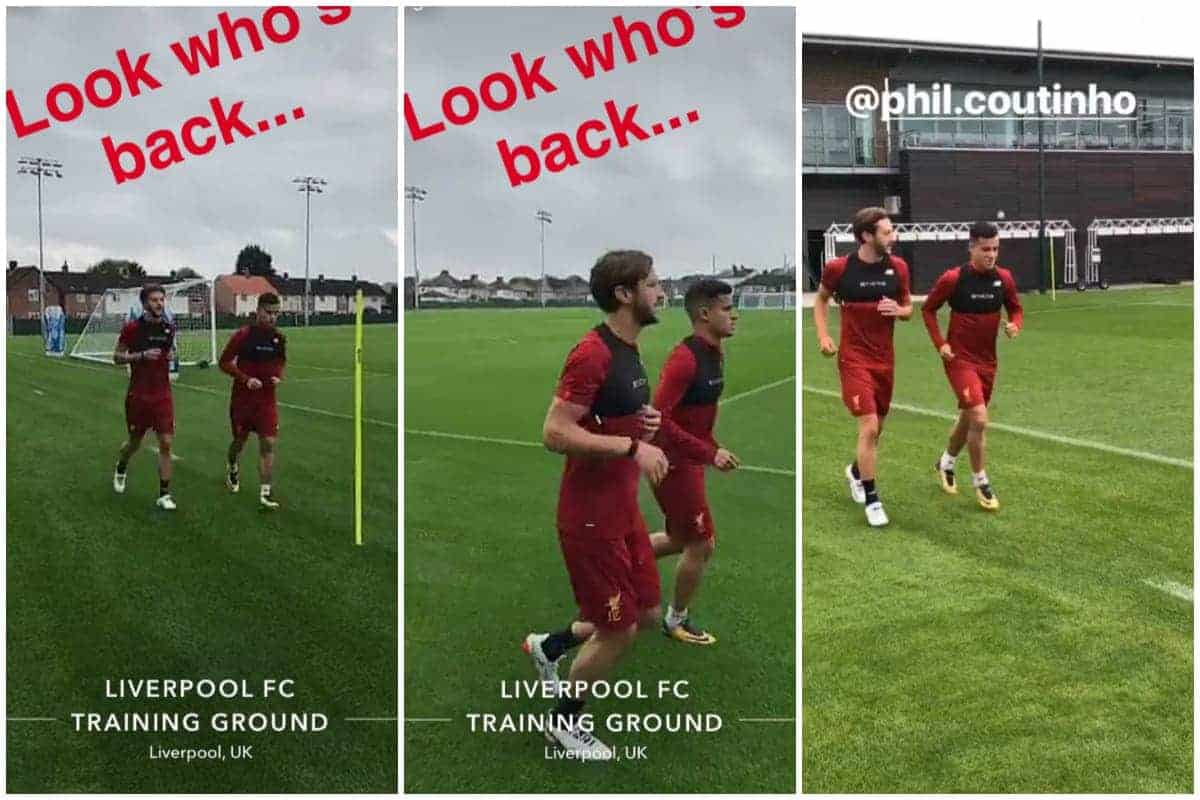 Liverpool duo Philippe Coutinho and Adam Lallana returned to Melwood on Tuesday morning to join pre-season preparations ahead of 2017/18.

The key midfielders were afforded an extended summer break following their exploits with Brazil and England in June, but have now reported back for duty.

Making their way to West Derby for their first session under Jurgen Klopp, Coutinho and Lallana provided the German with a major boost, with the Reds set for a busy pre-season.

Coutinho and Lallana were two of Klopp’s most important players in 2016/17, and they are likely to retain their roles in the upcoming campaign. As with the rest of their team-mates last week, they began the day with a series of indoor tests, after being reunited with Klopp and Sadio Mane, who will rejoin training shortly.

They then headed out onto the training pitch at Melwood for the lactate test to determine their fitness and endurance. Lallana provided a closer glimpse into the behind-the-scenes workings at Melwood, with the 29-year-old joining LFCTV for an interview to preview the Reds’ pre-season schedule.

Liverpool take on Tranmere Rovers at Prenton Park on Wednesday night, before another friendly away to Wigan Athletic on Friday.

They then head out to Hong Kong for the Premier League Asia Trophy (July 19 and 22), which is likely to give Coutinho and Lallana their first starting appearances of the summer.

For now, they will continue an intense training programme, under the watchful eye of head of fitness and conditioning Andreas Kornmayer. Reds winger Sheyi Ojo revealed how Kornmayer’s double sessions had taken their toll on Joe Gomez, Georginio Wijnaldum and Divock Origi on Monday, taking to Snapchat to showcase the aftermath.

After their trip to Hong Kong, the Reds will take to Germany for clashes with Hertha Berlin (July 29), Bayern Munich (August 1) and one of Atletico Madrid or Napoli (August 2).

They will then finish pre-season against Athletic Bilbao in Dublin (August 5), before their Premier League opener away to Watford (August 12).

Emre Can is the only Liverpool player yet to return to training, with the Germany midfielder expected back later in July.