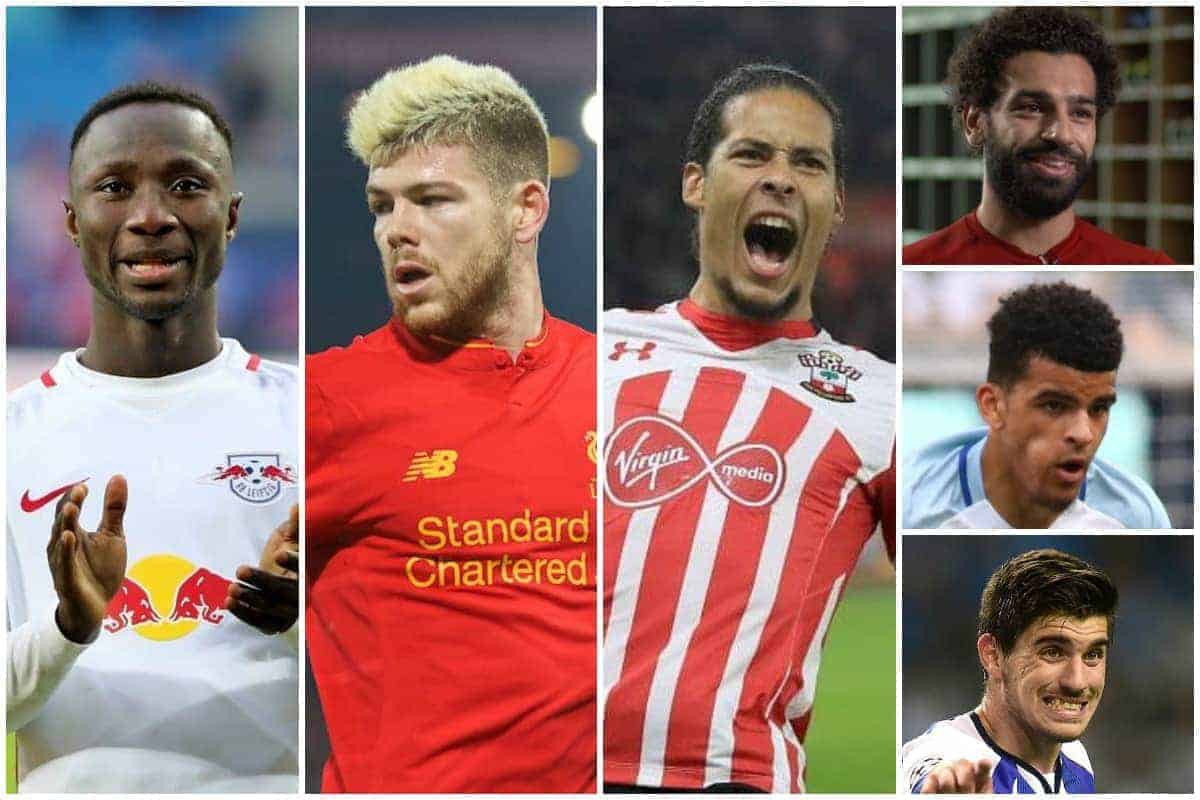 We’ve rounded up all of Saturday’s Liverpool transfer news and rumours into one place, so you don’t have to trawl the internet this weekend.

It’s July and the transfer window is officially open, no doubt prompting an even more frenetic month ahead as clubs around Europe seek reinforcements.

Liverpool are no different, and already this summer Jurgen Klopp‘s side have been linked with a host of players, as well as many Reds being touted with moves away from Anfield.

Here’s the latest from the red half of Merseyside, as Klopp officially welcomes two new faces. Having already finalised their moves earlier in the summer, Dominic Solanke and Mohamed Salah officially became Liverpool players on July 1.

Solanke joins from Chelsea on a free transfer, though a compensation fee is yet to be agreed upon, while Salah has signed a five-year contract following a £36.9 million switch from AS Roma.

The Reds’ swift action to secure two attacking talents at the start of the transfer window is a signal of intent from Klopp, who clearly earmarked additional firepower as a priority.

He is now expected to strengthen in defence and midfield…but more on those later.

Moreno a Left-Back Target For Roma?

Salah’s move from the Stadio Olimpico may not be the final piece of business Liverpool conduct with Roma this summer.

Moreno is likely to leave Anfield this summer, with Liverpool seeking a £15 million fee for his services—having already turned down an £11 million bid from another Serie A side, Napoli.

Interestingly, Napoli have reportedly switched their focus to Roma’s Mario Rui, but they will be forced to wait until the Giallorossi find a replacement.

If this is the case, we could have a ‘transfer merry-go-round’ on our hands.

Liverpool’s next priority target this summer is RB Leipzig midfielder Naby Keita, but no breakthrough has been made so far.

Leipzig are said to value Keita at £70 million, with the Reds reportedly set to make an offer for the 22-year-old this month, after seemingly agreeing personal terms already.

While it would be remiss to assume, Keita’s departure may be hastened by the arrival of Konrad Laimer at Leipzig on Friday evening, with the midfielder joining from sister-club Red Bull Salzburg.

This is Anfield’s Bundesliga expert Chris Williams suggested in May that Laimer “is treading the exact path that Keita took only last season,” speculating that his arrival could be a “security blanket” for if Keita pushes for a move.

If Leipzig already have their contingency plan in place, Liverpool could make their move soon.

It is very difficult to predict the movements of the transfer market, and as with Leipzig’s move for Laimer, it would be wise not to read too much into Southampton‘s busy Saturday.

But in signing Polish centre-back Jan Bednarek from Lech Poznan and tying current incumbent Jack Stephens down to a new five-year contract, the Saints have strengthened the heart of their defence.

With Liverpool among the clubs pursuing current Southampton centre-back Virgil van Dijk, it could be that the south-coast outfit are finalising more shrewd business before his exit.

Furthermore, with Chelsea inching closer to the signing of Germany international centre-back Antonio Rudiger from Roma for £29 million, according to the Guardian, the Reds may have one less rival in their pursuit of the Dutchman.

This is certainly clutching at straws at this stage, but it remains an interesting situation. This is a truly bizarre one, and arguably one that has little to do with Liverpool.

But with Porto midfielder Ruben Neves regularly linked with a move to Merseyside, reports of Wolves closing in on an £18 million deal for the 20-year-old are baffling.

Neves is one of the leading midfield prospects on the continent, and Wolves are humble West Midlands outfit who finished 15th in the Championship last season.

That the Wolverhampton Express & Star have moved to confirm reports of Wolves‘ interest suggests a deal could happen.

He is unlikely to have ended up at Anfield this summer, but Neves moving to the Molineux is a real head-scratcher.