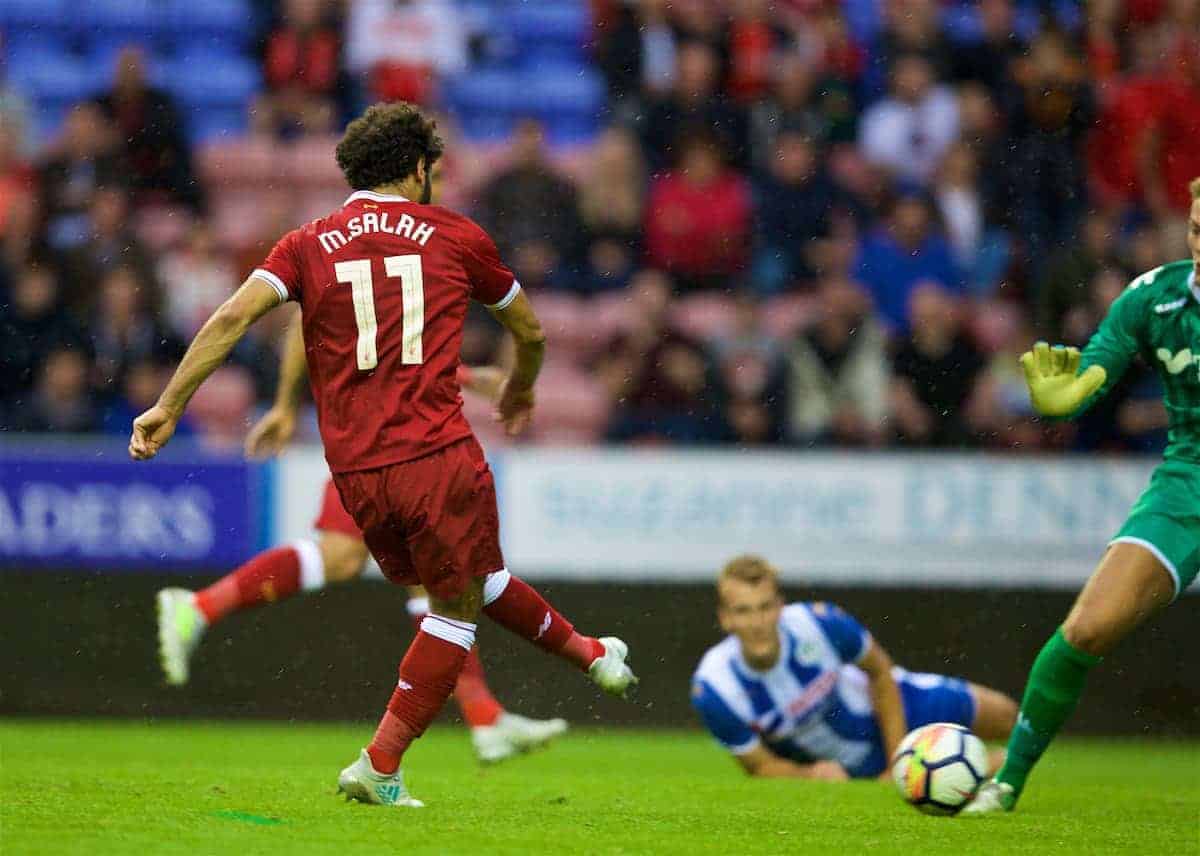 Mo Salah grabbed his first goal for Liverpool as the Reds continued their pre-season preparations with a draw at Wigan on Friday night.

A second game in three days continued Liverpool’s pre-season preparations as they made the short trip to the DW Stadium to face League One side Wigan.

Jurgen Klopp named Mo Salah in a Liverpool team for the first time, pairing the Egyptian new signing alongside Roberto Firmino and Philippe Coutinho in attack.

There were some nice signs of the trio combining well together, and just before half-time, we saw Salah net his first goal for the club, having been set up by Firmino after Coutinho had won the ball back.

Salah’s goal cancelled out Wigan’s opener, which was dispatched past Simon Mignolet by Alex Gilbey after Liverpool failed to clear a deep free-kick into the area. Joe Gomez surprisingly played at right-back in the second half, with Nathaniel Clyne struggling with a slight injury.

Torrential rain did little to help the entertainment factor during the second 45, with the pitch cutting up too to slow play down.

The best chance of the second 45 fell to Sturridge after being played in by Jordan Henderson, but his curled effort from the right took a bobble as he hit it and flew wide.

All in, it was a very typical pre-season affair. The squad next travel to Hong Kong on Sunday where they face two Premier League sides in the Premier League Asia Trophy next week.