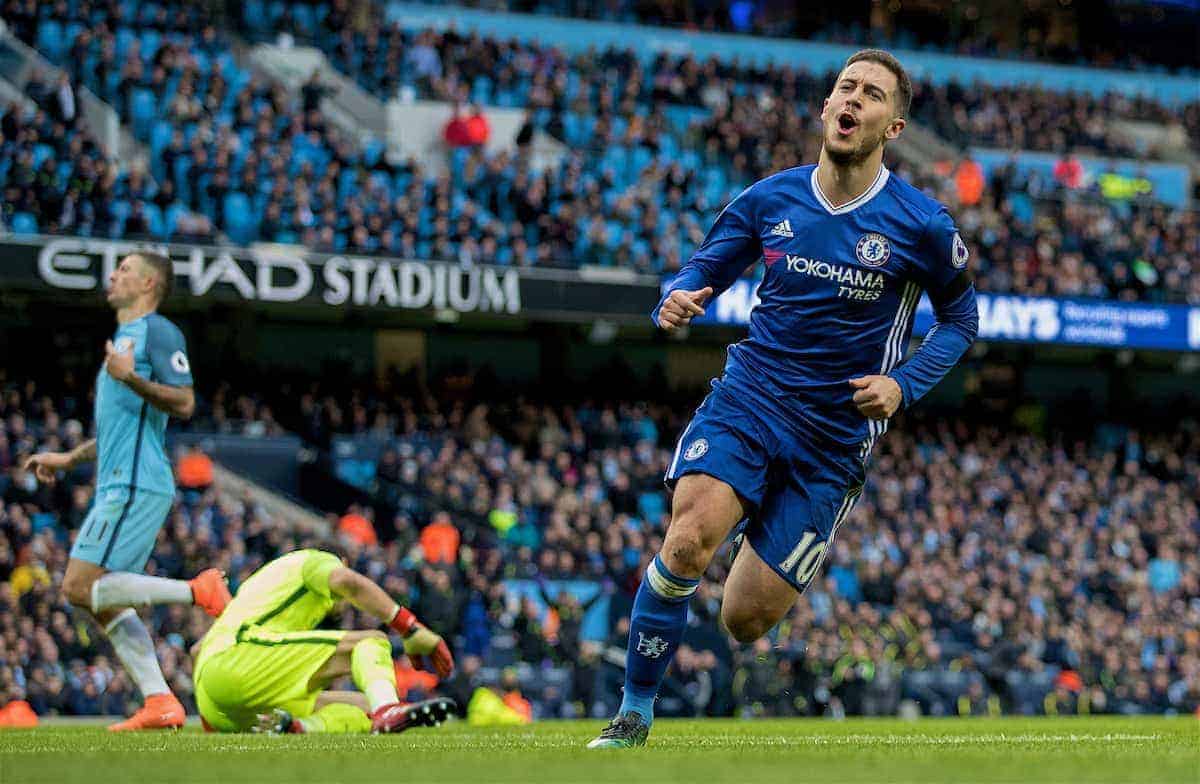 Chelsea cruised to their fifth Premier League title last season, but this time things will be tougher for Antonio Conte’s metronomic side.

Few title triumphs in recent memory have been as conclusive as Chelsea‘s in 2016/17, with Conte’s men arguably having things wrapped up by Christmas.

A stunning winter run of form saw them leave rivals in their wake, including Liverpool, and it was impossible to begrudge them their success in the end.

The Blues were very fortunate with injuries, however—they used 14 players for the majority of the season—and the addition of Champions League football will make things harder in 2017/18.

In Eden Hazard, they have arguably the best player in the country, and if he and new signing Alvaro Morata click in attack, they could be a frightening proposition.

They are a team built on a superb defence and an ability to score at crucial times, but will the likes of David Luiz, Victor Moses and Marcos Alonso hit the same heights this time around?

Don’t expect the dominance of last year, but another title challenge is definitely on. We spoke to Chelsea supporter Richard Long to hear if he thinks another title is on the horizon, as well as getting his thoughts on Liverpool.

I am fairly optimistic and the main reason for that is Antonio Conte.

What he achieved in his first season in England was special, especially when you consider the amount spent by the Manchester clubs and who their managers are.

The realistic aim for the season has to be to try and retain the Premier League, which would represent another great season.

It will be exciting to see what Conte can do with this Chelsea side in the Champions League, but ultimately he is still making it his own team and I think we are some way off competing with the likes of Barcelona and Real Madrid.

The obvious change will be not seeing Diego Costa leading the line—it’s sad the way Costa’s career at Chelsea is ending given what he has achieved and his relationship with the fans.

At the same time, it’s always exciting to a see a big-name striker join your team and there will be huge pressure on Alvaro Morata to fill Costa’s boots.

Away fans’ pubs: I had to ask a mate, because I’m not a regular pub-goer on matchdays. The Courtfield Tavern next to Earl’s Court tube station is away fan friendly, apparently, but this could easily be a setup!

One piece of advice for visiting fan: Away fans who turn up within 30 minutes of the gates opening (two hours before kickoff) can get a pint of beer, hot dog or pie for £2.50 inside the stadium.

I think Liverpool will have had a good season if they finish in the top four again.

I think they overachieved last season and unless Jurgen Klopp is going to sign a couple of world-class defenders and a goalkeeper, I cannot see Liverpool challenging for the title.

Their attack does look very exciting, though, and I think Mohamed Salah is one to watch out for.

The Reds signed Dominic Solanke from Chelsea earlier this summer—how do you think he will do at Anfield?

He is a huge talent but I cannot see him making a big impact at Liverpool because he won’t start games.

Time will tell, but I think he would have been better off with a loan move—like his old striking partner Tammy Abraham, who is now at Swansea.