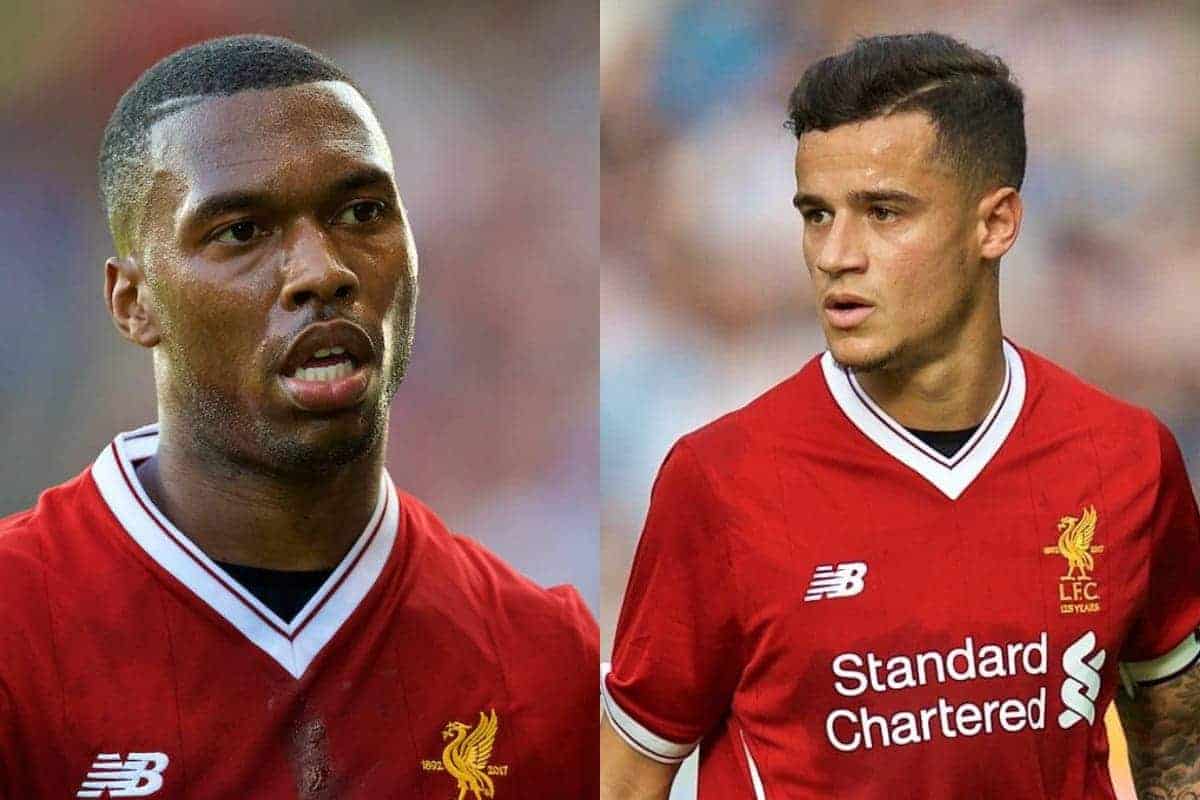 Following on from news of Adam Lallana being ruled out for at least two months, Daniel Sturridge and Philippe Coutinho will also miss Saturday’s final pre-season game.

Lallana has been ruled out for a “significant period,” reported to be at least two months, possibly three.

Lallana suffered the injury when playing a second game in 24 hours against Atletico Madrid on Wednesday night in the Audi Cup in Munich.

Sturridge also picked up a thigh injury in the same tournament, in the latter stages against Bayern on Tuesday night.

The forward’s injury is not thought to be serious, but he won’t feature against Atheltic Bilbao on Saturday night in Dublin.

Also missing training since returning from Germany is Coutinho, who reportedly has a sore back and hasn’t travelled as a precaution. Hopefully that’s the genuine reason why he misses the game and not anything to do with being linked with a move to Barcelona.

News of these injuries completes a miserable Friday just over a week before the season begins, with Liverpool earlier drawing the highest ranked team, Hoffenheim, in the Champions League play-off, and Virgil van Dijk being linked with a move to Chelsea.

Liverpool’s squad needed bolstering this summer, but so far only three players have arrived, with only Mohamed Salah certain to be a regular starter.