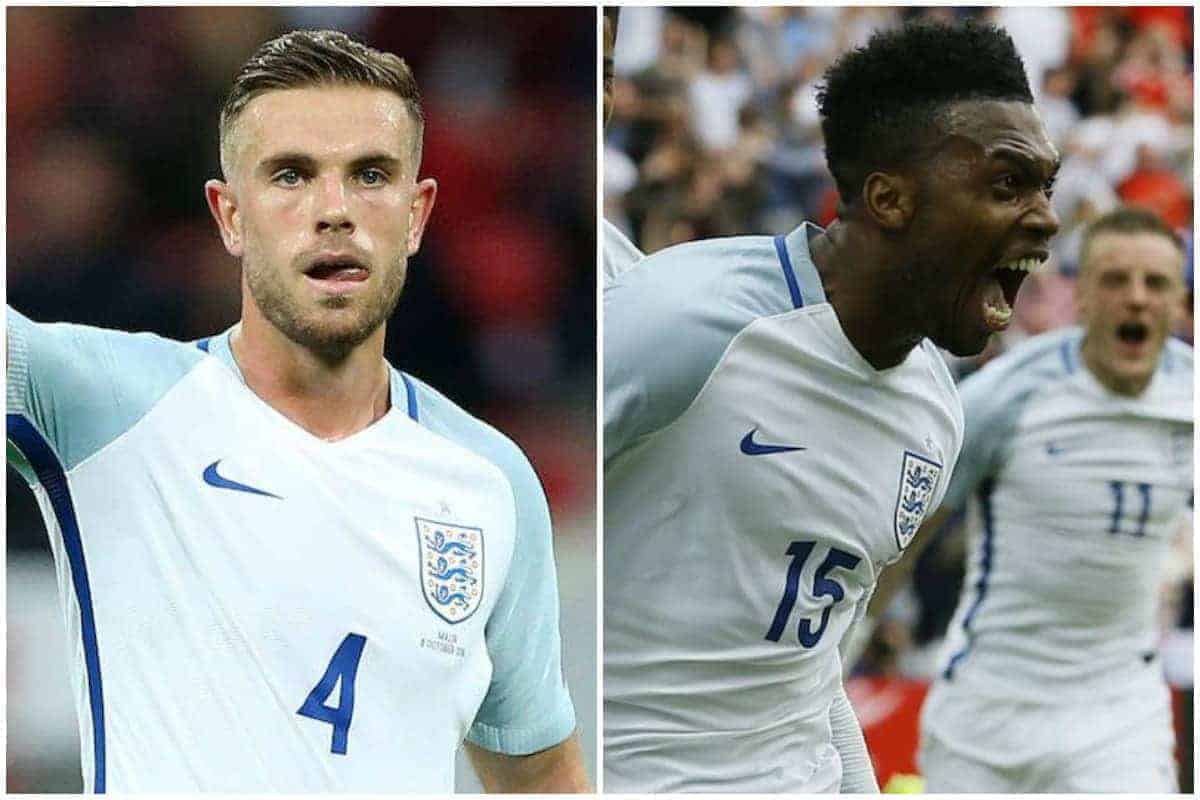 The Three Lions take on Malta (September 1) and Slovakia (September 4) as they look to seal their place in Russia next summer.

England head into their fixtures top of Group F, having taken 14 points from their first six games, including previous wins over both of September’s opponents.

With just four qualifiers left to play, Southgate’s side are in a commanding position, and can all but secure progress to next year’s tournament with two wins.

Southgate saw one of England’s stalwarts rule himself out of contention on Wednesday, with Wayne Rooney announcing his international retirement.

But the 46-year-old has named a strong 28-man squad, including both Henderson and Sturridge, who have returned to full fitness after struggling with injury in recent months.

Nathaniel Clyne (back) and Adam Lallana (thigh) are still sidelined, however, and therefore miss out.

There is no timeline set for Clyne’s recovery, having been absent since July, while Lallana is not likely to return to action until November, in a major blow to Jurgen Klopp‘s side.

Henderson has started in all four of Liverpool’s games so far this season, playing the full 90 minutes in Wednesday night’s 4-2 win over Hoffenheim in their Champions League play-off second leg.

After a long spell out with a foot injury, the captain looks to be regaining form in the middle of the park, but Klopp will be hoping Southgate manages his game time wisely.

Meanwhile, Sturridge has featured just once for the Reds so far this season, starting in Saturday’s 1-0 win over Crystal palace, but was also on the substitutes’ bench at Anfield in midweek.

Trent Alexander-Arnold, Joe Gomez and Dominic Solanke have all been included in the England U21s squad, while Rhian Brewster has been called up by the U18s.