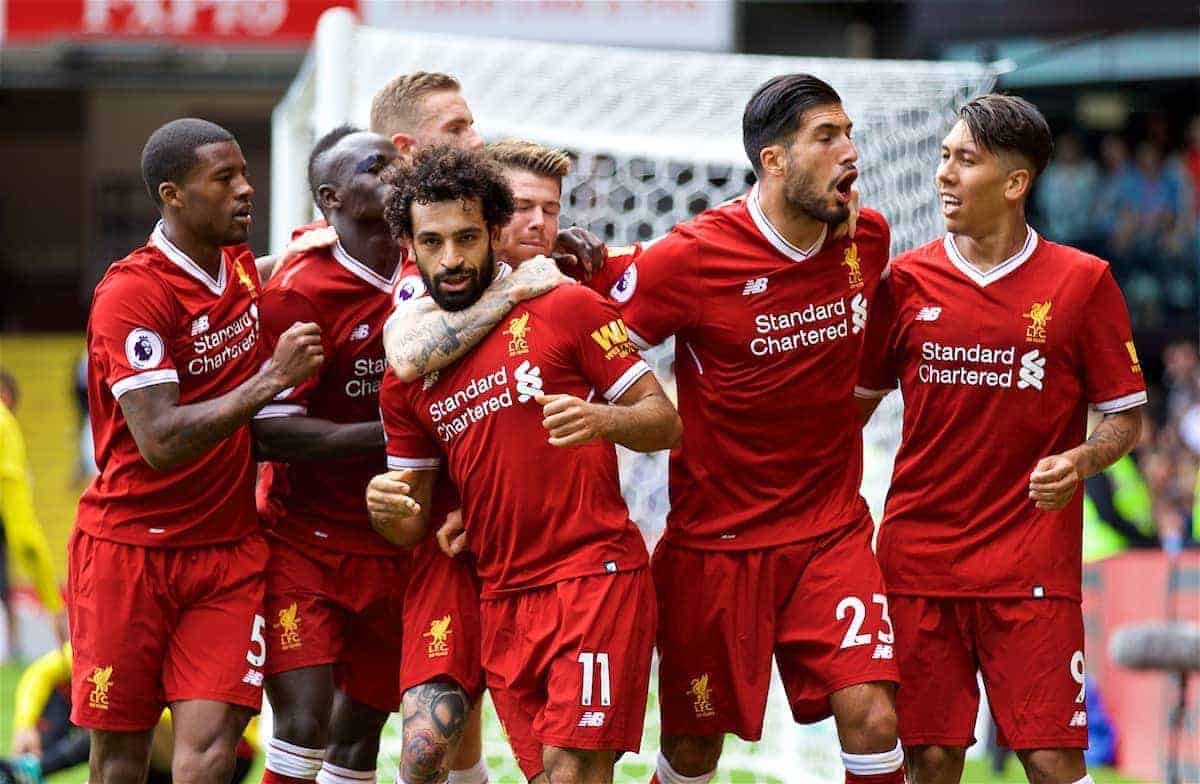 The arrival of Salah from AS Roma for a club-record deal this summer has provided Klopp with a new key player in attack, joining Mane and Firmino.

With Philippe Coutinho missing in action as he pushes for a move to Barcelona, Klopp’s forward setup is established and, so far this season, performing.

Firmino has scored twice and assisted twice in four appearances for the Reds in 2017/18, while both Mane and Salah have netted two goals and laid on another from out wide.

Liverpool’s attacking trio shone in the 4-2 midweek win over Hoffenheim in the Champions League play-off, with Firmino the standout performer for Klopp.

“Who was in doubt about Roberto [before Wednesday]?” he asked reporters at Melwood on Friday.

“Sorry, anyone who was lost my respect one-and-a-half years ago already. He is an unbelievable player.

“Working hard, everybody speaks about the passing game, but it’s the challenges he makes defensively, chasing them from behind, all over the pitch. They couldn’t get rid of him.

“That is the character you need to make the next step with a team which is already good.”

Mane spent the final two months of last season with a knee injury that required surgery in April, but the Senegalese has hit the ground running on his return.

And Klopp believes Mane is already much-improved on the player who arrived from Southampton last summer, but insisted the 25-year-old “can still improve.”

“He had a long break but he has started so well. Last season he didn’t start too badly either. At Arsenal he scored a nice goal.

“Sadio is not at the limit. Like all these boys, he can still improve.”

As for Salah, who left Serie A for £36.9 million in June, Klopp feels that, despite his impressive start, the Egyptian is still getting to grips with his tactical demands.

“You can see Mo is on the way there. Not that used to it. Not using the body that much,” he explained.

“He is a winger—he can play this. He has defended 500 percent more already than he did in the whole of last season.”

Given they have already contributed six goals and four assist between them, the potential within Klopp’s attacking trio is clear—and that they can still improve is hugely encouraging.