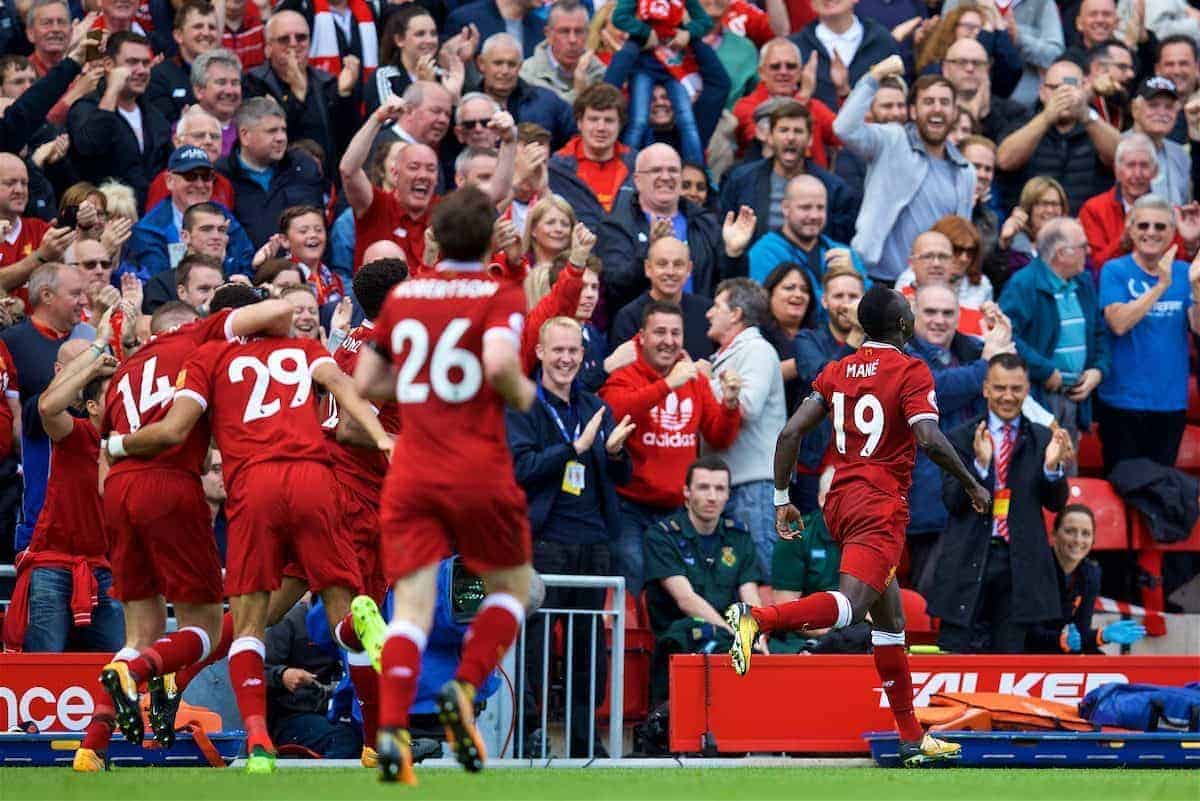 Liverpool produced a resolute display as Sadio Mane provided the finishing touch to a 1-0 victory at home to Crystal Palace in the Premier League.

The Reds took to Anfield for the first time this season on Saturday afternoon, taking on a Palace side who had enjoyed positive results in Merseyside in recent years.

It certainly wasn’t an enthralling contest, but with Mane poking home with just over 15 minutes to play Liverpool were able to seal their first three points of 2017/18.

Here’s how supporters saw Saturday’s victory on social media and our forums.

There was a mixed reaction to Klopp’s team selection…

“Interesting team selection that’s obviously heavily influenced by next Tuesdays game, it will probably be seen as good management if we perform well and get the result but I’ve got a feeling there’ll be a lot of angst if we don’t, let’s just get the job done…”

– Steve in the comments section.

Those 5 changes are proof that there is depth in this squad, especially considering Coutinho & Lallana are out. We just require more.

“Flanno to come on and score a 40 yard worldie.”

Robertson impressed early on in his debut…

– Serge SL in the comments section.

“Robertson has played 15mins for Liverpool and already looks better than Moreno.”

The Reds went into half-time level…

Not a bad first half. Robertson, Milner and Gomez doing well. Gini anonymous though. Becoming a bit of an issue with him.

Robertson has been fantastic, near perfect display from him so far. The rest are definitely lacking verve.

“We are all over them but nothing to show so far. Very impressive with Robertson. Sturridge looks good also. Firmino looks uncomfortable. Overall 1st half lots of possession no goals.”

Badly lacking any kind of inventive passing or clever movement through the centre. Result of Firmino pushed wide and no Can (or Phil).

Big cheer for Mo Salah as he replaces Sturridge on the hour mark. Can he make the difference and break the deadlock? #LFC

“Here we go, the 2 pocket rockets together.”

Don't know how I'd cope without Mane.

“Solanke has made the difference. Give the lad a decent run Jurgen. He might just get our season motoring!”

And the Reds held on for a priceless home victory…

“Get in you Reds. 3 points in the bag is all that matters and a clean sheet to go with it. YNWA.”

GET IN! Love an ugly three points. Not a classic but such an important win. Mane is our best player, and was last year as well.

Up the got-there-in-the-end Reds! #LFC

Well-deserved win! Such an improvement defensively (barring one or two chances). Going forward it's nice to have different options. #lfc

“Easy game. Not sure why… Didn’t had my heart in my mouth whenever crosses or corners came in.

that will absolutely do

Great debut from Robertson,though he wasn't really tested defensively. But another game that has shown our need for midfield improvement!

Matip was excellent today. Much, much better.