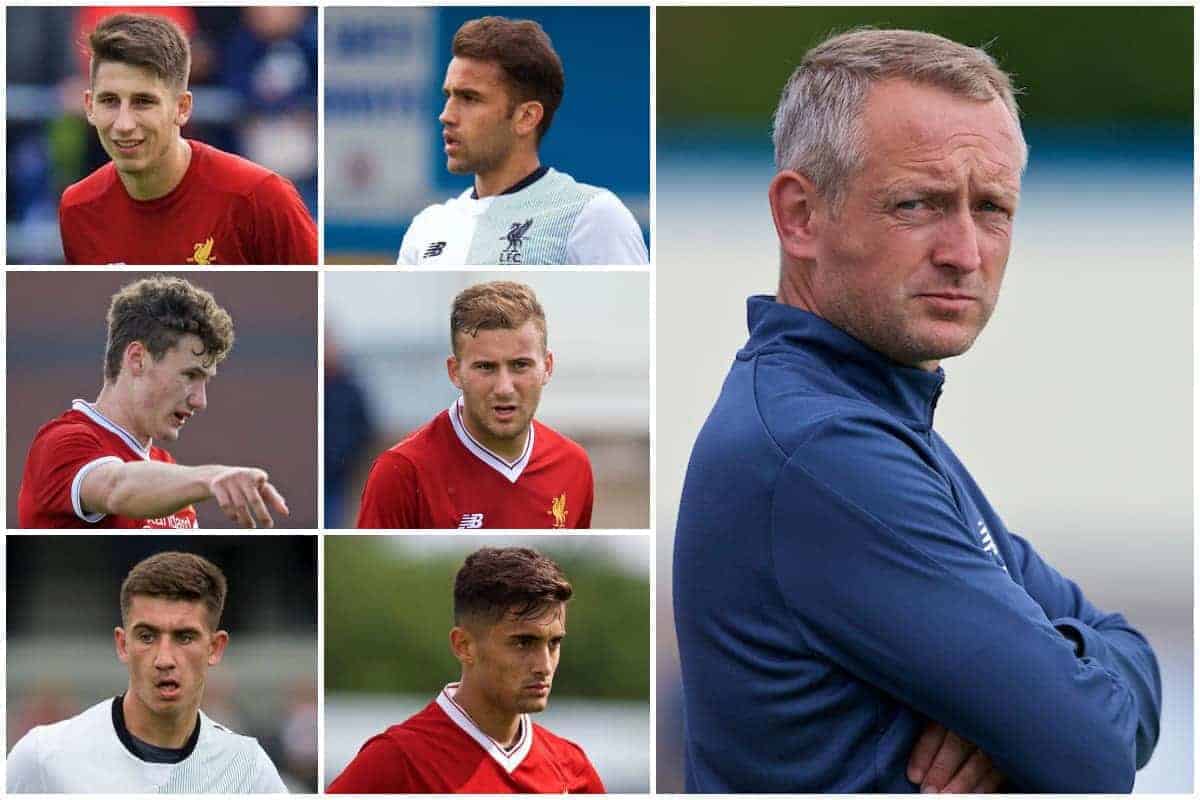 As Neil Critchley takes the reins for the Liverpool U23s this season, the former U18s manager will be hoping to provide more talent for Jurgen Klopp.

In many ways, the 2016/17 campaign can be seen as a transitional one for the Reds’ U23s, with manager Michael Beale departing for Sao Paulo and Mike Garrity taking his place for the interim.

However, the likes of Ovie Ejaria, Trent Alexander-Arnold and Ben Woodburn still all made the step up to the first team, with the academy providing a solid grounding.

And with Critchley moving to take over as Beale’s long-term replacement, the young Reds can hope for further progress this season. Critchley joined Liverpool in 2013, assuming the role of U18s manager after six years as academy director at Crewe Alexandra, his old club in a short-lived playing career.

Despite being just 38, only a year older than his successor at U18 level, Steven Gerrard, Critchley is one of the most highly rated coaches in England, considered at elite level by UEFA.

But after spending the last four seasons in a more settled environment at Kirkby, the demands on Critchley will be increased as he contends with an ever-shifting squad.

However, academy director Alex Inglethorpe believes the former midfielder has the ability to cope with his best players being handpicked by Klopp.

“Life as U23s boss isn’t easy sometimes because traditionally you can both gain and lose players at the last minute,” he told LiverpoolFC.com.

“Preparing for this is not always the easiest of tasks but Neil is the type of character who will always do his best to make the best decisions in the interest of the players.

“We have a great team alongside Neil with the likes of Mike Garrity, Tim Jenkins, Mark Morris, Jack Ade, Paul Kelly and Paul Squires, who all do fantastic jobs for the players.” Critchley heads into his new position with a mixed group, as he welcomes some of his former U18s charges to the fold, joining some older heads.

Goalkeeper Shamal George has left on loan for Carlisle United, spending the first six months of the season with the League Two side, but the impressive Kamil Grabara has stayed at Kirkby.

Conor Masterson has made the step up to the U23s squad on a permanent basis, and can hope to continue his development as one of the young Reds’ most promising defensive talents.

Another to take up a more regular role for Critchley’s side this season is midfielder Matty Virtue, while Herbie Kane will be hoping to make up for lost time after injury.

The versatile Yan Dhanda has been linked with a summer loan move, but is currently still on Merseyside, joining Bobby Adekanye, Toni Gomes and Rhian Brewster in a strong attack group.

Having suffered a broken hand in training at the beginning of August, Cameron Brannagan could stay with the U23s for the season, too.

Alexander-Arnold, Ejaria, Woodburn, Joe Gomez, Marko Grujic, Sheyi Ojo, Ryan Kent, Harry Wilson and Dominic Solanke are all eligible to feature, too, and may be called upon sporadically. The U23s begin their campaign away to Swansea City on August 11, with their first home game of the season coming on August 20, at home to Sunderland.

There is also the matter of last season’s Lancashire Senior Cup final against Fleetwood Town, delayed until September 1, providing Critchley’s side the opportunity to securing silverware a very early stage.

Clashes away to Arsenal (August 25) and at home to Man City (September 10) and Tottenham (September 24) all come within the first two months, while the young Reds travel to Man United on October 23.

The first Merseyside derby takes place on November 19, and will be held at Tranmere Rovers’ Prenton Park, with Liverpool agreeing an extended deal to play their home games in Birkenhead.

The final two games of the Premier League 2 campaign will come away to Everton (April 16), who were crowned last season’s champions, and at home to Chelsea (April 22).

The young Reds are also in the Premier League Cup, with fixtures yet to be announced, while they will enter the UEFA Youth League if the first team reach the Champions League group stage.