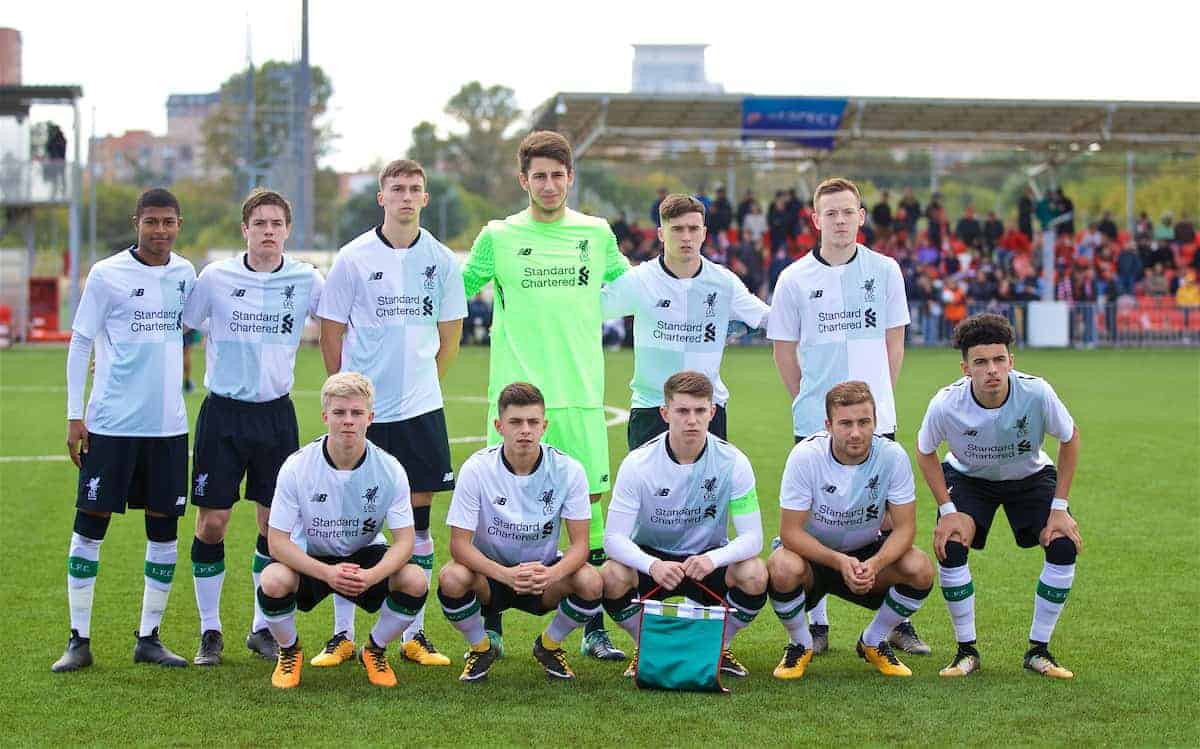 Steven Gerrard’s Liverpool U19s lost 2-1 away to Spartak Moscow U19s on Tuesday afternoon, with Conor Masterson dismissed for the Reds.

Liverpool took on their Russian opponents in their second UEFA Youth League group stage match, with Gerrard’s side seeing off Sevilla in their opening game.

Ben Woodburn was the most high-profile inclusion in the starting lineup, with the 17-year-old continuing his apprenticeship across the Reds’ academy ranks. Liverpool took the lead with 18 minutes played, thanks to an excellent strike by Adam Lewis.

The left-back buried a sweetly struck half-volley into the corner of the net, as the Reds enjoyed the better of the opening quarter.

It was a strike Alberto Moreno and Andrew Robertson would both have been proud of.

Spartak were level shortly after, unfortunately, as Aleksandr Rudenko free-kick luckily beat Grabara via a deflection.

The hosts completed their comeback 12 minutes into the second half, with Rudenko scoring his second of the game after being sent one-on-one with Grabara.

Liverpool were the better side in general, but they couldn’t make their dominance count during a feisty contest in Moscow.

Their chances of getting anything from the game suffered a major blow when key man Masterson was shown his second yellow card of the game, following a late tackle.

Despite huffing and puffing in the closing exchanges, Gerrard’s youngsters failed to find an equaliser, suffering their first UEFA Youth League defeat of the season in the process.