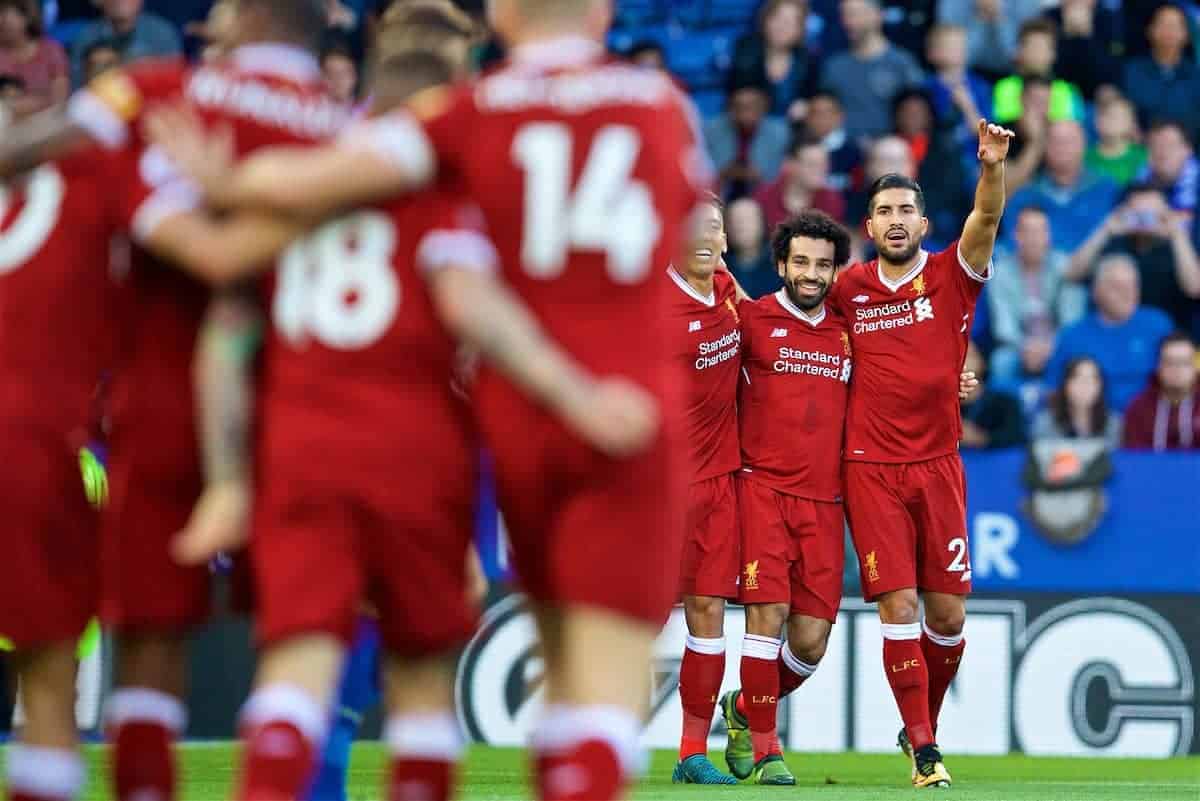 Liverpool fought their way to a vital 3-2 victory at Leicester City on Saturday evening, as their poor run of form finally came to an end.

The Reds were under fire going into the game after four matches without a win, with their defensive woes being roundly criticised.

They were much improved at the King Power Stadium, however, even though the shortcomings at the back were still highlighted on occasion.

Jordan Henderson was a strong contender for Man of the Match, and the captain made an influential start after a bad run of performances. Mohamed Salah scored his sixth goal of the season with a great header from Philippe Coutinho‘s cross, and the players celebrated jubilantly. Coutinho then doubled the Reds’ lead with a trademark free-kick, with the Brazilian superb on the day. Henderson made it 3-1 and Jamie Vardy pulled a goal back, before some hapless work from Simon Mignolet saw the hosts awarded a penalty. Daniel Sturridge produced an impressive cameo from the substitutes’ bench, teeing up Henderson for his goal and almost finding the net himself with a curled effort. The final whistle was met with great relief, and Mignolet and Jurgen Klopp couldn’t hide their happiness, or relief, at the result. Attention now turns to Tuesday’s Champions League tie away to Spartak Moscow, with Liverpool looking for their first group stage win in the competition since September 2014.