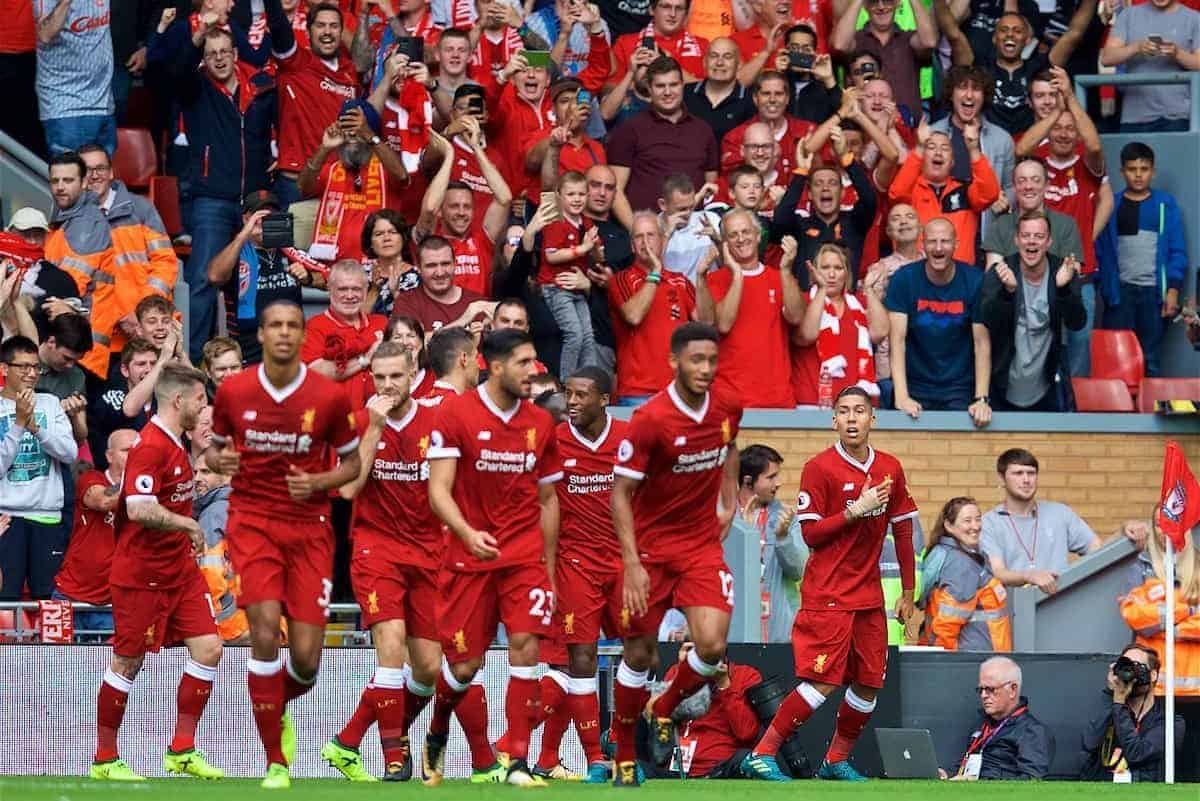 Ahead of Liverpool’s Premier League clash at home to Burnley on Saturday, here are some key statistics and facts about the contest’s history.

The Reds have won five of the six Premier League meetings with the sole Burnley success coming at Turf Moor last season.

In those games Liverpool have netted 13 times, conceding three.

The Reds have won all three home clashes in the Premier League, scoring on eight occasions.

Liverpool’s biggest ever victory over Burnley came in December 1928 when they won 8-0 at Anfield.

Liverpool have scored in all but one of the last 19 clashes between the sides in front of the Kop, a run dating back to 1950.

There has been one goalless draw at Anfield in 40 league meetings—that came in December 1920.

Liverpool have kept four successive league clean sheets at Anfield since the defeat to Crystal Palace back in April.

The last time they kept a fifth top-flight home shutout was in February 2007 (in a sequence of nine matches).

In the last 14 meetings at Anfield in all competitions the Clarets have scored a total of three goals.

Gini Wijnaldum could play the 50th game of his Liverpool career in all competitions.

Daniel Sturridge has scored 99 goals in his club career, with 61 coming for Liverpool.

The Reds are five goals short of recording 200 under Jurgen Klopp in all competitions.

The last Liverpool player to hit a hat-trick against Burnley was Yossi Benayoun in a 4-0 Anfield win in September 2009.

Benayoun is the last of four Reds players to score hat-tricks against the Lancastrians.

The others being Gordon Hodgson (1928) and Louis Bimpson (1953) at Anfield while Roger Hunt in 1964 is the only man to achieve the feat at Turf Moor.

No Burnley player has scored a hat-trick against Liverpool, while their last man to score twice in a game against the Reds was Ralph Coates in March 1968. Liverpool won the game 3-2.

So far in this campaign the Clarets have scored four times away from home. It took them 10 games to net as many goals last season.

It is the first time since 1973/74 that Burnley have avoided defeat in their first two top-flight away fixtures of a season.

Nick Pope came off the bench last Sunday to make his Premier League debut as a substitute for injured goalkeeper Tom Heaton.

He was a team mate of Joe Gomez during Charlton’s 2014/15 Championship campaign.